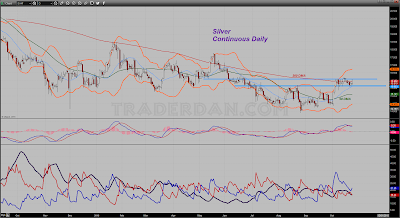 Let’s start first with the daily chart.
Silver has had a good start to the month of October but looks like it has run into a pretty solid wall of overhead resistance as we wind down the month. The sellers have come out in force near the $16 level and in the process, have managed to prevent the bulls from besting the 200 day moving average. As you can see on the chart, that moving average has held the market in check. (more) 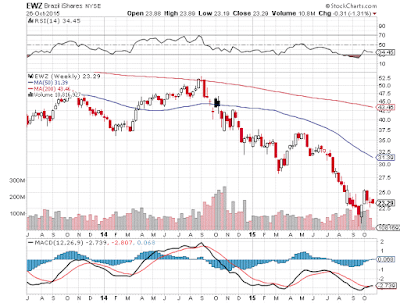 In retrospect, it was a clear sign of a market top…
A few years ago, I was waiting to speak as an energy specialist was wrapping up his presentation. He closed with a recommendation of Brazil’s energy giant Petrobras (PBR), boldly predicting that its market value could reach more than a trillion dollars.
While Petrobras stock reached $71 in 2007, it now trades under $5.
And just last month, Brazil itself lost the coveted investment grade status it earned in 2008. (more)
at 12:03 AM No comments:

Larry Berman: A sobering look at investing in real estate 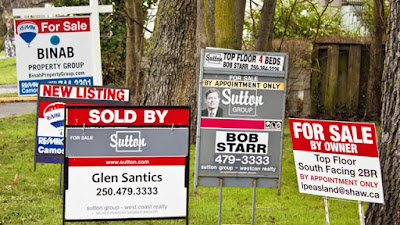 ANALYSIS: The goal of today’s post and of the Berman’s Call housing panel debate in Vancouver, Calgary, and Toronto is to attempt to enlighten and perhaps shed a point of view on the housing sector in Canada as an investment. Please, please, please don’t go out and sell your house--we all need a place to live. But if you are speculating or investing in real estate it might be helpful to join the discussion @LarryBermanETF and #bermaneducation.
My guest today is Rob Carrick of the Globe and Mail who will be participating in our Real Estate Panel at our Toronto Berman’s Call tour event on November 29. Rob has been a personal finance columnist with the G&M since 1998 and is a great advocate for Canadians. (more)
at 12:03 AM No comments: 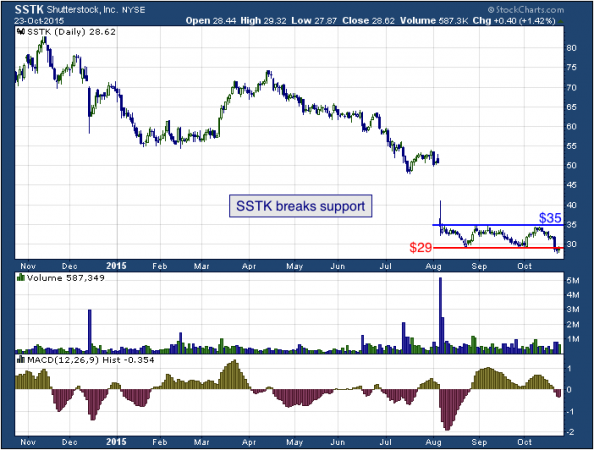 SSTK broke its $55 level of support back in July and the stock has been declining ever since. However, over the past two months the stock has fallen into a common pattern known as a rectangle. A minimum of (2) successful tests of the support and (2) successful tests of the resistance will give you the pattern.
SSTK’s rectangle pattern had formed a $35 resistance (blue) and a $29 support (red). At some point the stock had to break one of those two levels, and last week SSTK broke the $29 support.

The Tale of the Tape: SSTK broke down from its rectangle pattern. The ideal short opportunity would be on a rally up to or near the prior $29 support. A break back above $29 could negate the forecast for a move higher.
at 12:03 AM No comments: