A number sequence known as the Fibonacci series was proposed as an answer to the question, "If we start with one pair of rabbits, how many pairs of rabbits will there be one year later if we assume that every month each pair reproduces and adds a new pair to the group?"
This number series has been written about since the 13th century, when it was identified by mathematician Leonardo Fibonacci, and is widely used by traders in the 21st century.
The answer to the original question is that the number of rabbits in any given month is equal to the sum of the number of rabbits in the two previous months. If we start with one pair, in the second month, there is still one pair as they have not yet delivered any baby rabbits. In the third month, there are two pairs, in the fourth month, there are three pairs, and in the fifth month, there are five pairs of rabbits. In the twelfth month, there would be 144 pairs of rabbits.
The Fibonacci series is: 0, 1, 1, 2, 3, 5, 8, 13, 21, 34, 55, 89, 144, 233, etc…
Three ratios are commonly associated with this series:
1. The ratio of a number to the next higher number in the series is about 0.618 for numbers above 5. For example, 34/55 is equal to 0.6182.
2. The ratio of a number to the next lower number in the series is about 1.618, the inverse of 0.618. For example, 55/34 equals 1.6182.
3. The ratio of numbers that are separated by one additional number (such as 5 and 13) is about 2.618, or its inverse 0.382. For example, 89/233 equals 0.382 and 233/89 equals 2.618.
How Traders Use It
Traders believe that these ratios are often found in price data. Fibonacci ratios are applied to individual stocks and futures contracts, as well as indices, and can be used in any time frame.
As an example of how the Fibonacci ratios are applied, after a significant price decline, traders generally look for at least a short rebound in price, and many traders will expect the price rise to stop, at least temporarily, at a Fibonacci ratio related to the decline. The Fibonacci ratio may also prove to be a long-term resistance level. This is shown in the chart of the Nasdaq 100 index below.

After the Nasdaq 100 crashed in 2000, the 38.2% Fibonacci ratio served as resistance and held back further advances for 12 years. Once the 38.2% level was decisively broken in the spring of 2012, traders looked at the 61.8% retracement as the next resistance level. The market moved easily through that level in 2013, and it should now be expected to serve as support.
Fibonacci ratios are also used to define upside price targets and support levels, and can help identify times when a stock or index is likely to turn.
Why It Matters To Traders
No one knows why, but Fibonacci ratios seem to work in many markets. Traders are often aware of them on long-term and short-term charts and become cautious as prices approach a Fibonacci ratio that is likely to be resistance.
Once the resistance level is broken, traders may become more bullish, and quick gains are often seen when prices break above a significant ratio. Traders will sometimes become more aggressive at a Fibonacci support level since they are expecting prices to bounce higher from that price. 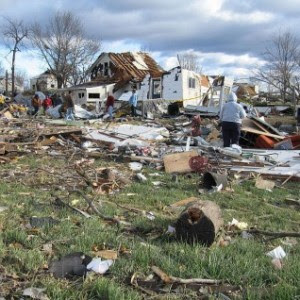 Sometimes I think that I sound like a broken record.  I am constantly using phrases such as "get prepared while you still can" and "time is running out".  In fact, I use them so often that people are starting to criticize me for it.  But the truth is that only a small percentage of people out there are actively taking steps to get ready for what is coming.  Most of the country is not prepared at all.  In many ways, it is just like 2007 all over again.  There were many people that could see what was about to happen and were doing all they could to warn people, but most did not listen.  And then the great financial crisis of 2008 struck and millions of people lost their jobs and their homes.  Unfortunately, the next great wave of the economic collapse is going to be even more painful than the last one.  It is imperative that people get prepared for what is on the horizon, but for the most part it is just not happening.
A lot of it has to do with the fact that we have such short memories and such short attention spans in America today.  Thanks to years of television and endless hours on the Internet, I find myself having a really hard time focusing on anything for more than just a few moments.  And we are accustomed to living in an "instant society" where we don't have to wait for anything.  In such a society, we are used to "news cycles" that only last for 24 hours and very few people take a "long-term view" of anything.  (more)

Today an outspoken hedge fund manager out of Hong Kong spoke with King World News about delivery strains in the gold market reappearing and what might destroy the COMEX.  William Kaye, who 25 years ago worked for Goldman Sachs in mergers and acquisitions, also discussed the major problems the entities managing the gold market are now facing.  Below is what Kaye had to say in this timely interview.
Kaye:  “Gold is still trading in a very narrow range.  I find this to be interesting, especially with all these heightened geopolitical tensions, as well as the recent FOMC minutes, which showed a scaling back in the timetable for any possible future tightening of monetary policy….
READ MORE 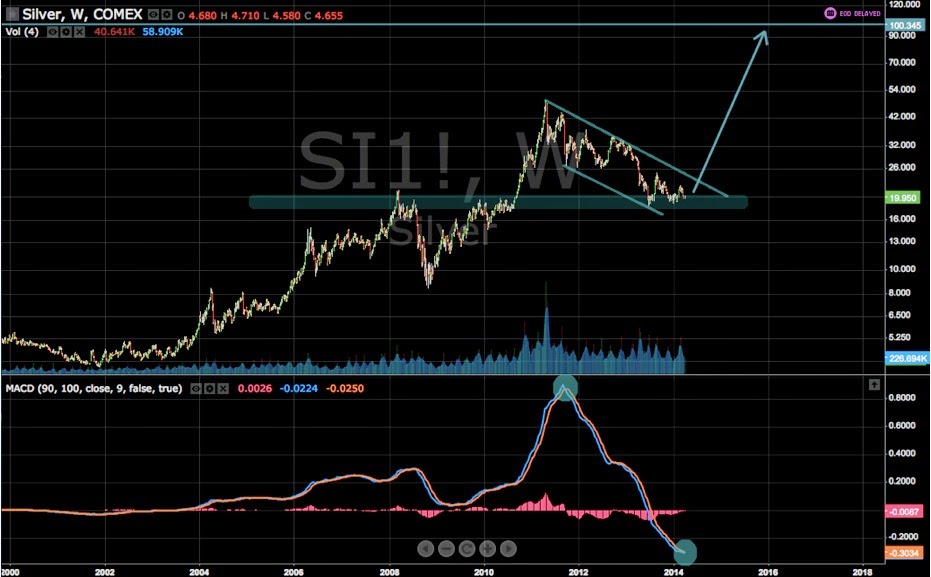 Thoughts from One of the Biggest Bears on Wall Street

More Weakness Ahead for Precious Metals

The Fed minutes were dovish and this helped push Gold above $1310 to $1320. However, the miners, which usually lead the metals did little to confirm the rise. In fact, the miners have been relatively weak in recent days and had a bearish reversal on Thursday. Their rebound from an oversold condition has petered out. Another point is Gold, during this rebound has made no progress against foreign currencies. It’s starting to show some strength against the equity market but it needs to show strength against all currencies and not function only as the inverse of the US Dollar. Be on alert as the short-term trend for precious metals (especially the miners) could resume to the downside.
Looking further out, forthcoming weakness shouldn’t last that long in the big picture. The miners have been basing for quite a while and started to gain traction in Q1. The next low at worst could be a double bottom or otherwise would mark the first higher low in this bottoming process. In the chart below we plot GDX (large caps), GDXJ (juniors), SIL (silver stocks) and GLDX (explorers). We note how much each would have to decline to test its December low.
READ MORE