Mike Maloney: Every Silver Pullback Is A Gift

Last night Bart Chilton emailed me and stated that he had the necessary votes to implement position limits
on the precious metals. More importantly the CFTC will remove the phony exemptions. The bankers must now prove the existence of metal in other jurisdictions backing up their massive shorts. The next few months should be interesting. I will go into this in the body of my commentary.

The price of gold lowered by $23.80 to $1651.80. The bankers decided in their brilliant wisdom that a raid was necessary due to the massive amount of paper money needed to bail out banks and sovereign nations. The price of silver initially fell in sympathy to gold but rebounded sharply with news of the CFTC position limits. Silver ended the day unchanged at $31.79

In the access market right now, this is where gold and silver ended:

so much for the raid.

Let us head over to the comex and see how trading fared:

The total gold comex open interest rose by over 5,000 contracts to 445,391. The increase in OI probably got our bankers to have their collusive meeting in order to orchestrate a massive raid. At one point, gold was down to $1626.24 The front delivery month of October saw its OI remain exactly the same at 707 contracts.
Since we also had no deliveries we therefore lost no gold ounces standing and also we lost nothing to cash settlements. The next big delivery month is December and here the OI rose by over 4,000 contracts to 275,361. The estimated volume today was very high at 183,548 as the bankers supplied much of the non backed paper. The confirmed volume yesterday was 117,239 which is on the low side. (more)
at 12:05 AM No comments: Links to this post

Gerald Celente : The Crash will happen This Month

Restoring Prosperity and Liberty through Honest Money
at 12:04 AM No comments: Links to this post 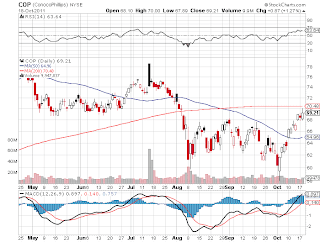 A funny thing happens during corrections and bear markets. Selling begins and the usual suspects are punished: second-tier stocks, companies with shaky prospects and even shakier financials, companies with too much exposure to the area that's creating the particular problem or perceived problem. Then the next phase hits, where investors become increasingly nervous and begin to sell other stocks in the bad sector. They may not have any direct, fundamental issues with the selling excuse, but, better safe than sorry, right? The final phase resembles a Third-World country the day after a coup: everyone is taken out and shot.

Currently, this is happening across just about all market sectors, but especially in energy. As the U.S. dollar strengthens, oil prices typically weaken, because all oil trades are made in dollars. In addition, managers have made supertankers full of money on energy, so naturally, economic uncertainty is as good a reason as any to take the risk off the table. Fortunately, this wholesale liquidation is creating a fantastic opportunity for longer-term, income-oriented investors on the hunt for high-quality stocks at bargain prices.

One of the best out there is integrated oil giant ConocoPhillips (NYSE: COP).

When the baby is thrown out with the bathwater... it may be time to buy
As uncertainty grips world markets and the outlook for the global economy grows hazy, commodity prices, especially the price of oil, have come back. The price per barrel of Brent North Sea Crude currently hovers around $105, 15% off of its intra-year high of around $125. Naturally, oil-related stocks have fallen in sympathy with the spot price of the black gold.

ConocoPhillips is no exception. Shares trade around $64.50, a 21% discount from its 52-week high of $81.80. But has ConocoPhillips' business changed simply because the price of oil has fallen? Of course not! And that's when opportunity is created...

ConocoPhillips is a pure exploration and production ( E&P) play, and one of the largest in the business with more than 1.76 million barrels of production daily. The company looks for oil and other fossil fuels, pulls them out of the ground, refines them, and then sells them. But, ConocoPhillips' days as fully-integrated pure play are numbered. But more on that later...

Earnings per share (EPS) growth has followed oil prices during the past few years, rocketing nearly 135% from $3.24 in 2009 to $7.62 in 2010. For 2011, EPS is projected to clock in at $8.50 -- not the kind of staggering growth it put up the previous year, but 11% EPS growth for a company with an $86 billion market cap is nothing to sneeze at. The balance sheet is also pristine, with nearly $12 billion in cash on the books and a low debt-to-capital ratio of only 19%. Clearly, ConocoPhillips is a cash flow monster.

A spinoff could make this an even better deal...
So shares have been knocked back to an attractive price. The company is well engineered, financially. There's obvious value in that alone. However, more value is about to be unlocked. In July, ConocoPhillips announced plans to spin off what is referred to as its "downstream" business, allowing the parent company to focus on its core E&P business. This collection of assets includes its refining business, chemicals division, and the midstream, natural-gas business. The total value for the new company will be somewhere in the $50 billion neighborhood. The transaction, which will be tax-free to shareholders, will be completed sometime in the first half of 2012. Shares of the new company are also expected to pay a dividend, but no numbers have been suggested yet.

Risks to Consider: These days, owning shares of an integrated oil company come with a wagon load of risks. Aside from the obvious associated fluctuation due to commodity price volatility, ConocoPhillips' premiere risk is the location of its reserves and core production. Actually, most of ConocoPhillips assets are quite secure: Three-quarters of ConocoPhillips' production lies in what oil patch expert Bill O'Grady of Confluence Asset Management would refer to as "friendly" places (O'Grady describes "unfriendly" places as "somewhere you wouldn't want to raise children). However, historically, oil from "friendly" places is more expensive to pull out of the ground. The regulatory environment in these places can increase production costs and, subsequently, put the squeeze on margins. The headwinds of an uncertain global economy and softening energy demand also present a considerable challenge. But the value presented and above-average dividend yield is adequate compensation for investor risk.

Action to Take--> ConocoPhillips shares currently trade for about eight times forward earnings and yield close to 4%. The company's three-year average annual EPS growth rate has been about 54%.

The stock looks very cheap based on the current numbers. Most analysts with a "buy" rating on the stock have price targets between $90 and $93. I think, however, a 12-month price target of $84 seems a bit more realistic, given a modest multiple expansion of just 24% with stellar earnings growth as the catalyst. The downstream business spinoff is also an incentive. Factoring in the dividend, that's a potential total return of almost 30%. If you're looking to add energy stocks to your portfolio, or if you missed the run-up in energy stocks, ConocoPhillips is a nice, conservative addition. If you'd rather pick up the shares when the yield officially reaches 4%, $65 would be your target.

Stock Markets – Only Four Countries in Black in 2011

“Below we highlight the year-to-date performance for the major equity indices of 78 countries around the world. The most noteworthy data point in this table is the United States’ year to date change of -2.63% (S&P 500). While we’re still in the red for the year, the US ranks 12th out of 78 in terms of performance, and we’re outperforming all of the G7 and BRIC countries as well.

Click here or on the image below for a larger view.

This week on Wealthtrack, Consuelo Mack interviews Robert Arnott, founder and chairman of Research Affiliates. He has pioneered several investment products which outperform markets with less than market risk, discusses his current strategy for these volatile times.
at 12:04 AM No comments: Links to this post

Bank of America Corp. (BAC), hit by a credit downgrade last month, has moved derivatives from its Merrill Lynch unit to a subsidiary flush with insured deposits, according to people with direct knowledge of the situation.

The Federal Reserve and Federal Deposit Insurance Corp. disagree over the transfers, which are being requested by counterparties, said the people, who asked to remain anonymous because they weren’t authorized to speak publicly. The Fed has signaled that it favors moving the derivatives to give relief to the bank holding company, while the FDIC, which would have to pay off depositors in the event of a bank failure, is objecting, said the people. The bank doesn’t believe regulatory approval is needed, said people with knowledge of its position.

Three years after taxpayers rescued some of the biggest U.S. lenders, regulators are grappling with how to protect FDIC- insured bank accounts from risks generated by investment-banking operations. Bank of America, which got a $45 billion bailout during the financial crisis, had $1.04 trillion in deposits as of midyear, ranking it second among U.S. firms.

“The concern is that there is always an enormous temptation to dump the losers on the insured institution,” said William Black, professor of economics and law at the University of Missouri-Kansas City and a former bank regulator. “We should have fairly tight restrictions on that.” (more)

Stocks shook off early declines on Tuesday and ended the day with big gains after a report suggested that France and Germany had agreed to boost the European bailout fund more than fourfold, to €2-trillion.

The day had begun on a lacklustre note as investors digested a disappointing earnings report from International Business Machines Corp., mixed earnings from Bank of America Corp. and Goldman Sachs Group Inc. and slowing economic growth in China in third quarter.

IBM ended the day down 4.1 per cent, but it was one of just two declining stocks within the Dow as investors grabbed economically sensitive stocks in particular in afternoon trading.

Home builders were also strong after the National Association of Home Builder sentiment index rose above expectations in October, in an early signal of an improved outlook for activity. Pulte Group Inc. rose 11.2 per cent and DR Horton rose 11 per cent.

Meanwhile, the news from Europe lifted sentiment elsewhere in the market, with European leaders apparently coming together over the need – stressed by Bank of Canada Governor Mark Carney on Monday – for a bigger bailout fund to help deal with the debt crisis.

The price of crude oil, which had been drifting in early trading, rose to $88.34 (U.S.) a barrel, up $1.96. That boosted energy stocks: Suncor Energy Inc. rose 2.8 per cent. Other commodity producers showed strong gains as well, on hopes for a improved global economic outlook. Teck Resources Ltd. rose 1.9 per cent.

Research In Motion Ltd. rose 3 per cent after the company unveiled a new platform for its next generation of BlackBerry devices at a developers conference in San Francisco.