The stock market is not crashing yet, but there are lots of other market crashes happening in the financial world right now.  Just like we saw back in 2008, it is taking stocks a little bit of extra time to catch up with economic reality.  But almost everywhere else you look, there are signs that a financial avalanche has begun.  Bitcoins are crashing, gold and silver are plunging, the price of oil and the overall demand for energy continue to decline, markets all over Europe are collapsing and consumer confidence in the United States just had the biggest miss relative to expectations that has ever been recorded.  In many ways, all of this is extremely reminiscent of 2008.  Other than the Bitcoin collapse, almost everything else that is happening now also happened back then.   So does that mean that a horrible stock market crash is coming as well?  Without a doubt, one is coming at some point.  The only question is whether it will be sooner or later.  Meanwhile, there are a whole lot of other economic crashes that deserve out attention at the moment.

The following are 11 economic crashes that are happening RIGHT NOW...

The True Chinese Credit Bubble: 240% Of GDP And Soaring

zerohedge.com / By Tyler Durden /
Several months ago we pointed out something not fully grasped by the broader public: the Chinese corporate debt bubble is the largest of any developed and developing country, and at 151% of GDP (and rising rapidly) is the biggest in the world. What is better known is that corporate debt is just one part of the total debt picture, which also includes consumer loans, government debt and other “shadow debt” credit in the case of China. So how does China’s true debt picture as a percentage of debt look? As the chart below from Goldman shows, in 2013 the total credit outstanding in China is expected to rise to a whopping 240% of GDP, and continue rising from there at an ever faster pace.

What is even more concerning is that in order to maintain its breakneck economic “growth” of ~8% per year, China has to continue injecting massive amounts of debt, the so called “credit impulse” or “flow” which according to assorted views, is what is the true driver of an economy, and where GDP growth is merely a reflection of how much credit is entering (or leaving) the system.
READ MORE

Lindsey Williams ~ How to Survive The Next 4 Years

Lindsey Williams gives some practical pointers on how to survive the next four years. He has some guests on that are experts in financing and other areas. For those that have a financial portfolio you will find this helpful.
Please share this article
at 12:05 AM 1 comment: Links to this post

FXE Bumps Up Against Resistance

The Euro is starting to pull into an area of resistance on the daily chart and could start to head lower any day now. When you view the weekly you see a more “neutral” chart with a wedge within a wedge. 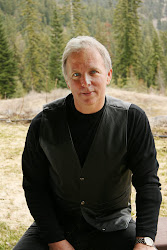 Volume in both the gold futures market and the Gold ETF has seen a massive spike today as the downside breach of major chart support at $1525 has resulted in wave after wave of both long liquidation and fresh hedge fund selling.
The headlines are screaming today” Gold Enters Bear Market” with the move down through support sending the price off 20% from its peak.
It is interesting reading the various reports from the wire services as no one is quite sure what the catalyst for the sell off is other than the idea that inflation pressures are non-existent. Some keep pointing to continued outflows from the ETF with gold being sold off but the question is, who has been buying that metal?
Continue Reading at TraderDanNorcini.Blogspot.ca…

Chart of the Day - Yelp (YELP)

The Chart of the Day is Yelp (YELP).  The stock has both a 100% Barchart technical buy signal and a Trend Spotter buy signal.  In the last quarter the stock advanced 12 times for a 19.21% gain.  I found the on today's New High list when sorted for technical buy indicators.

The Company is a website engaged in providing information through online community offering social networking. It covers restaurants, shopping, nightlife, financial services, health and a variety of services.

Over 500 Tons Of Paper Gold Sold In Takedown


Whistleblower Andrew Maguire told King World News that more than a stunning 500 tons of paper gold has been sold in today’s takedown in the gold market.  Maguire also spoke to KWN about the staggering Chinese physical gold purchases.  Below is what Maguire had to say in this remarkable and exclusive interview.


Eric King:  “How much paper gold was sold to take this market down, and how much tonnage have the Chinese and others been taking out of the physical market?”