Will GoPro (GPRO) Stock Rally Back Above $90? 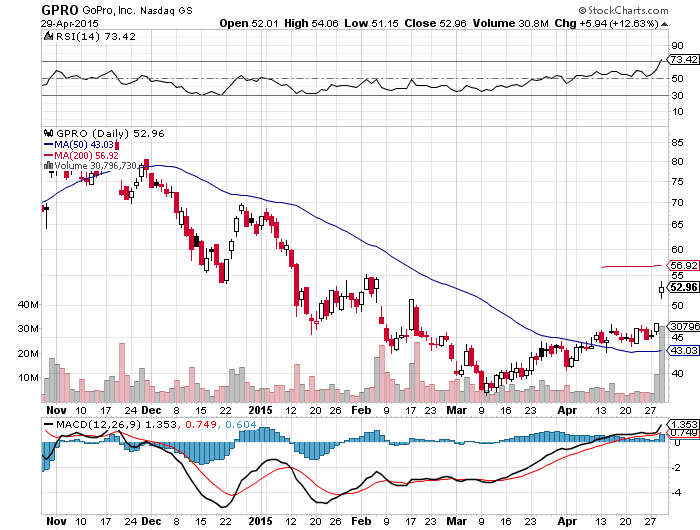 GoPro Inc (NASDAQ:GPRO) stock was soaring on Wednesday, with shares trading as much as 12% higher after a blowout first quarter that easily topped Wall Street consensus forecasts.
gopro 185 Will GoPro (GPRO) Stock Rally Back Above $90?With GPRO stock now trading above $52 a share, it’s still far, far beneath all-time highs around $98 that the stock hit in October. But if the wearable camera company keeps doing what it’s doing, GPRO stock could be flirting with those levels again sometime soon.
It sounds crazy, I know. But allow me to outline the uber bullish case for GPRO stock. (more) 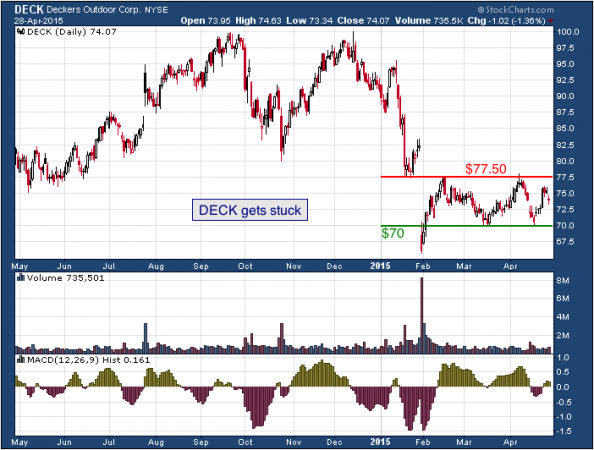 After a strong decline from December until the end of January, DECK has been trading sideways over the last 3 months. During the sideways move the stock has formed a common pattern known as a rectangle. A minimum of (2) successful tests of the support and (2) successful tests of the resistance will give you the pattern.
DECK’s rectangle pattern has formed a resistance at 77.50 (red), which was also a prior support, and a $700 support (green). At some point the stock will have to break one of the two levels.

The Tale of the Tape: DECK is trading within a rectangle pattern. The possible long positions on the stock would be either on a pullback to $70 or on a breakout above $77.50. The ideal short opportunity would be on a break below $70.
Please share this article
at 12:03 AM No comments:

Chart of the Day Sketchers SKX 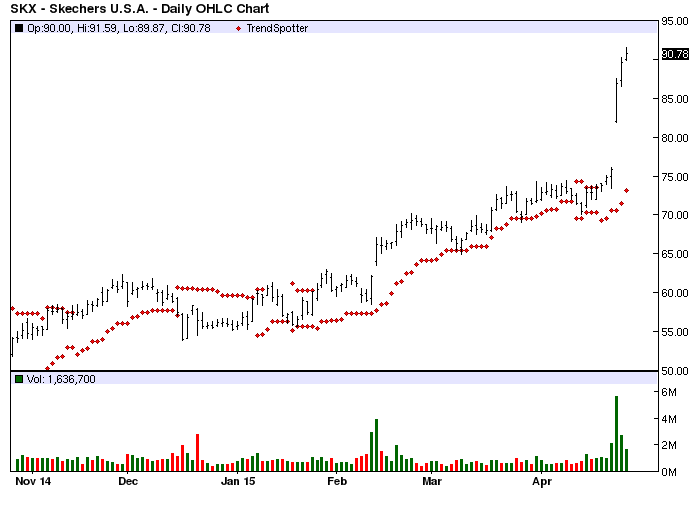 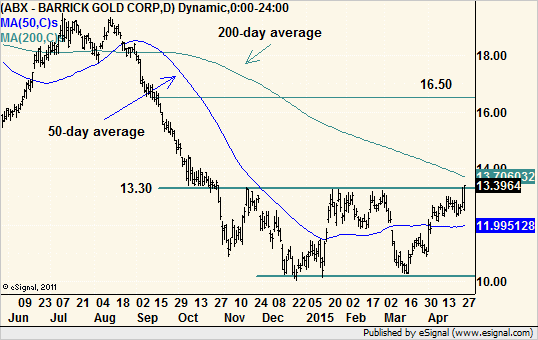 Four years after it topped at $1,900 per ounce, gold has been languishing in a range closer to $1,200. With interest rates low and most measures registering no inflation, gold seemed to be a dead asset. Its role as a hedge was dismissed by almost everyone except for the gold sellers on TV.

Sentiment naturally turned very bearish, and that is when contrarian ears perk up.

Monday and Tuesday were unusually bullish days for the metal. However, the patterns on gold charts remain choppy-but-flat trading ranges. When viewed with a long-term eye, the trend is officially still to the downside.  (more)
Please share this article
at 12:03 AM No comments: