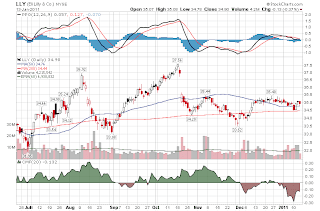 With U.S. shares up more than 80% from their March 2009 lows, bargains are growing scarce. Below, however, are three companies selling for two-thirds off, so to speak: Each at some point during the past five years sported a price-to-earnings ratio that was more than thrice what it is today.

Shrinking P/E ratios aren't unusual. When growth investors sell, the saying goes, they sell to value investors. Young companies often fetch high P/Es because of their growth potential, while mature companies can make up for chronically low P/Es with dividends and predictable performance.

That latter type of stock might be a better fit for today's economy. Increased stock-market volatility has reminded investors that price momentum can be fleeting and that a stream of stable dividends is a fine thing to have during a downturn. Also, corporations have been unusually profitable of late. After-tax corporate earnings are 5.7% of gross domestic income. The average since 1929 is 5.0%. Such things have a way of reverting to historic averages. If profits dip, companies with high share prices relative to their earnings might have more to lose than companies with lower price-to-earnings ratios like the ones below. (more)
at 12:21 AM No comments: Links to this post 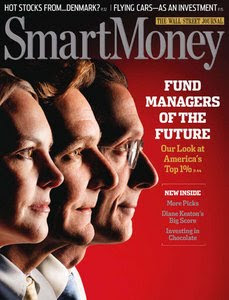 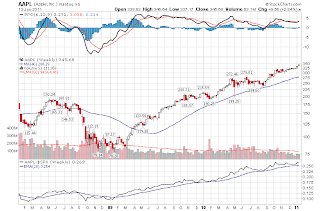 Eighteen months ago I questioned whether Apple stock could keep up its amazing momentum: "Over the past five years the stock has gained an average of 56% a year, an extraordinary achievement," I wrote. "For the shares to rise at a similar rate from here would take it to $1.25 trillion by 2014. Even to grow at a more modest 20% a year would take it to $333 billion—more valuable than Exxon Mobil today and twice the value of Procter & Gamble or Johnson & Johnson. Anything is possible, but that's quite a bet." For Apple investors, I felt, the easiest gains were surely over.

Since then, of course, Apple has made me look like a total idiot. The shares have more than doubled. This week, helped by the news that the iPhone is coming to Verizon, they touched a new all-time high of $344. The company is now valued at $315 billion, more than P&G, J&J or any company other than Exxon Mobil. Far from slowing down, the shares have actually speeded up. I calculate the growth rate works out to an annualized rate of 67%.

As for the underlying business: Sales are booming. Net income soared 70% last year. Competitors have been in disarray. You have to wonder what companies like Nokia and Microsoft are doing. For Apple, each quarter has been a blowout. We will see a new iPad shortly. Earnings next week, if the past is any prologue, will beat expectations. (more)
at 12:18 AM No comments: Links to this post

Buried in the millions of words that were written about the shootings in Arizona last week was a recent poll showing that only 13 percent of the American people think favorably of the U.S. Congress. The implication, of course, is that as 87 percent or roughly 270 million Americans harbor some level of animosity towards their elected federal representatives, the emergence of people who believe that exercising their 2nd Amendment rights is solution to the nation's woes is inevitable.

Why are so many, so mad at the Congress? The answer is simple - they have no idea what is happening to their lives. Since the beginning of the great recession way back in 2007 they have been told by two Presidents, their senior officials, 99 percent of the Congress, and most of the media that recovery was on the way and that prosperity would return shortly.

As unemployment in the U.S. grew and grew, every politician with a prayer of winning positioned him or herself as the "jobs" candidate who could and would get us all working at good high-paying jobs again. This of course has not returned and is unlikely to do so. We are not only contending with a growing debt bubble of gigantic proportions, we are also rapidly running out of the cheap, abundant energy that allowed us to be so prosperous for the last 200 years. (more)

UBS Sees Silver Hitting $35 On "Physical Interest In The Metal" 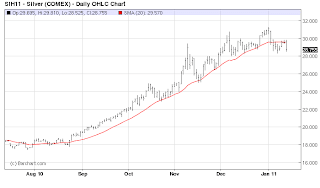 It took just three months (and a 50% spike in price) for UBS to do a 180 on silver. In the firm's most recent Silver update from Dominic Schnider of Wealth Management Research, the author now says "Silver prices remain well supported and have been able to trade repeatedly above USD 30/oz." More importantly for those who are concerned that the recent all time high just north of $31 was a one time fluke, fear not: "Temporarily, prices could even hit USD 35/oz on physical interest in the metal due to firm economic activity." Bottom line: "Investors should make use of silver volatility for yield enhancement strategies At levels close to USD 25/oz, we are willing to pick up the metal." Then again, none of this should come as a surprise or even lead one to make investment decisions: after all it was just in September that the same person, in a report titled: "Price strength not on firm ground" said "We expect industrial demand to show some weakness and advise investors to avoid the metal" and concluded "We therefore prefer to be sellers at present levels and would reopen a position at or below 17.5/oz." Merely another confirmation that virtually every sellsider on Wall Street is merely a momentum riding, backward looking, chart monkey, and all those who seek original, contrarian thought are advised to stay very, very far from Wall Street "analysis."

From the most recent Schinder report:

US Mint Sales: 2011 Bullion Eagles Off to the Races

An increase in 2010 Silver Proof Eagles and record-approaching 2011 Silver Bullion Eagles are the most interesting aspects in the latest US Mint sales report. 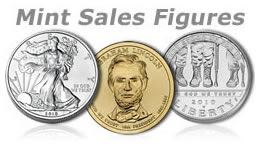 The Proof Eagle coins have seen two weekly adjustments since they sold out in late December. The latest brings them up 3,644 to 860,000, which would seem like a natural stopping point. Collectors will have to wait until the July time frame for the 2011 Silver Proof Eagles to make their appearance, according to the US Mint.

Bullion one-ounce 2011 Gold Eagles are running, but not sprinting like their silver counterparts. US Mint sales has their tally at 42,500 for a weekly increase of 29,000. As a comparison, buyers ordered 85,000 in January 2009. Inventory of the 2010-dated coins also remains. There were 53,000 at the start of the year. US Mint Authorized Purchasers must order one old for every four of the new ones.

The following tables show the latest coin sales figures as reported by the US Mint: (more) 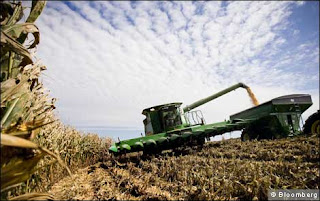 The world has moved a step closer to a food price shock after the US government surprised traders by cutting stock forecasts for key crops, sending corn and soyabean prices to their highest level in 30 months.

The price jump comes after the UN’s Food and Agriculture Organisation warned last week that the world could see repetition of the 2008 food crisis if prices rose further. The trend is becoming a major concern in developing countries.

While officials are drawing comfort from stable rice prices, key for feeding Asia, they warn that a sustained period of high prices, especially in grains such as wheat, would hit poorer countries. Food price hikes have already led to riots in Algeria and Mozambique.

“Stocks of corn and soyabean are at incredibly tight levels ... and the markets are surging to incredibly strong prices,” Chad Hart, agricultural economist at Iowa State University, said.

Dan Basse, president of AgResource, a Chicago-based forecaster, added: “There’s just no room for error any more. With any kind of weather problem in the upcoming growing season we will make new all-time highs in corn and soy, and to a lesser degree wheat futures.” (more) 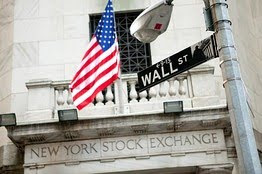 With attention focused on sovereign-debt worries in Europe, two major credit-rating firms reminded investors again that the U.S. has debt problems of its own.

Investors bought Treasury debt nonetheless, ignoring the comments, which echoed prior statements by the companies and may still be months or years away from having any practical meaning.

"The warning on the U.S. rating is well-founded," said Brian Yelvington, chief fixed-income strategist at Knight Capital. "However, it will probably fall on deaf ears until the peripheral Europe story plays out."

Moody's Investors Service said in a report on Thursday that the U.S. will need to reverse the expansion of its debt if it hopes to keep its "Aaa" rating.

"We have become increasingly clear about the fact that if there are not offsetting measures to reverse the deterioration in negative fundamentals in the U.S., the likelihood of a negative outlook over the next two years will increase," Sarah Carlson, senior analyst at Moody's, said. (more) 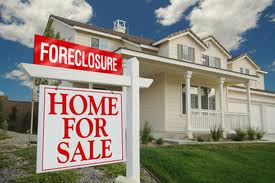 Foreclosure filings were reported on 257,747 U.S. properties in December, a decrease of nearly 2 percent from the previous month and down 26 percent from December 2009 — the biggest annual drop in foreclosure activity since RealtyTrac began publishing its foreclosure report in January 2005 and giving December the lowest monthly total since June 2008.

According to a loosely-organized apocalyptic Christian movement, May 21, 2011 will be the "end of days." On or about that same date, the price of oil in the United States will begin to climb to $4 a gallon, according to two savants of the oil industry.

The former is highly unlikely but the latter is very probable.

The escalation in the price of oil is predicted by the legendary oil man T. Boone Pickens, known for his financial acuity as well as his oil expertise, and John Hofmeister, who retired as president of Shell Oil Company, to sound the alarm about the rate of U.S. consumption of oil.

In an interview with a trade publication, Hofmeister predicted that oil would rise to $4 a gallon this year and to $5 a gallon in the election year 2012. Separately, Pickens—who has been leaning on Congress to enact an energy policy that would switch large trucks and other commercial vehicles from imported oil to domestic natural gas—predicts that oil currently selling for just over $90 a barrel will go to $120 a barrel, with a concomitant price per gallon of $4 or more.

The Obama administration appears to have been slow to grasp the political implications of an escalation in the price of oil. When asked about it, outgoing White House Press Secretary Robert Gibbs referred the questioner to the Department of Energy. (more) 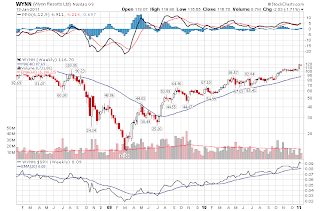 With the global economy showing a gradual recovery, the company is experiencing an increase in demand. Its Las Vegas business is also rebounding with increased room rates and conventional bookings. Additionally, with strong momentum in Macau we expect the earnings of the company to increase, going forward.