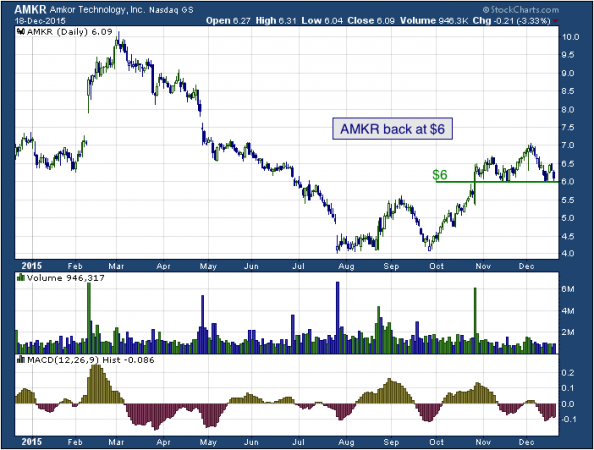 AMKR started a 5-month decline in March that reached a bottom in June. After testing the June low a few times, the stock started a rally that lasted about 3 months. Over the past month or so, the stock has also created a key level of support at $6 (green) Now that the stock appears to be testing that support level again, traders should be able to expect some sort of bounce. However, if the $6 support were to break, lower prices should follow.

The Tale of the Tape: AMKR has a key level of support at $6. A trader could enter a long position at $6 with a stop placed under the level. If the stock were to break below the support a short position could be entered instead.
at 12:03 AM No comments: Links to this post