Comments On This Week’s COT Data 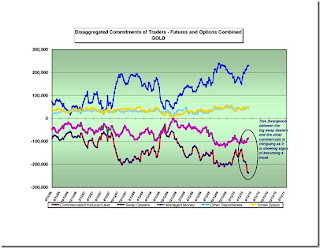 For the past two weeks I have been observing a divergence from what has been a fairly reliable pattern involving the Swap Dealers and the big Commercials (Producer/User/Merchant/Processor) category. I remarked about this last week in my comments and mentioned that we would be watching to see if this divergence looks like it might be more than perhaps a one or two hit wonder.

This week’s report now shows the 3rd consecutive week in which the Swap Dealers have gone the opposite direction of the other big commercials. What makes this so noteworthy is that by simply looking over the chart, you can see that for the most part these two giants have been pretty much marching in lock step with each other. As the net short commercial position increases, the swap dealer net short position generally increases as well. When it decreases, so too does the Swap Dealer’s. (more)

So far, Apprenticed Investor has dealt with a lot of theory. We've discussed how emotions lead to bad decision making, and why you should stick to your plan. But I know what you really want: some advice on how to select stocks. That's our goal today.

The idea is not to pick stocks for you, but to help you develop a methodology for selecting stocks -- a set of tools, a checklist of sorts, to help determine whether a given stock is worthy of your attention.

One caveat: We are not addressing whether you should be a buyer of stocks today. Our discussion assumes your asset allocation is appropriate, and that the market is not in a high-risk, low-return territory. I'll address each of those concerns in a future column. (more) 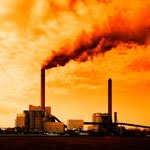 If you’re not tired already of hearing the phrase “perfect storm” bantered around with reckless abandon… a recent piece, “The Perfect Storm: Six Trends Converging on Collapse” could be just up your alley.

Despite the unfortunate title, it’s the kind of article you’d expect to cover the global selloff, collapse of the euro, and so forth. Fortunately it’s not. It’s all the other forces bent on destroying the world, and it’s actually worth a look. Below is a short highlight from each of the six top trends.

Pimco's Bet on the Market

Here is the full text of John L. Perry's column on Newsmax which suggests that a military coup to "resolve the Obama problem" is becoming more possible and is not "unrealistic." Perry also writes that a coup, while not "ideal," may be preferable to "Obama's radical ideal" -- and would "restore and defend the Constitution." Newsmax has since removed the column from its website.

There is a remote, although gaining, possibility America's military will intervene as a last resort to resolve the "Obama problem." Don't dismiss it as unrealistic.

America isn't the Third World. If a military coup does occur here it will be civilized. That it has never happened doesn't mean it wont. Describing what may be afoot is not to advocate it. So, view the following through military eyes:

# Top military officers can see the Constitution they are sworn to defend being trampled as American institutions and enterprises are nationalized.

# They can see that Americans are increasingly alarmed that this nation, under President Barack Obama, may not even be recognizable as America by the 2012 election, in which he will surely seek continuation in office.

# They can see that the economy -- ravaged by deficits, taxes, unemployment, and impending inflation -- is financially reliant on foreign lender governments.

# They can see this president waging undeclared war on the intelligence community, without whose rigorous and independent functions the armed services are rendered blind in an ever-more hostile world overseas and at home.

# They can see the dismantling of defenses against missiles targeted at this nation by avowed enemies, even as America's troop strength is allowed to sag.

# They can see the horror of major warfare erupting simultaneously in two, and possibly three, far-flung theaters before America can react in time.

# They can see the nation's safety and their own military establishments and honor placed in jeopardy as never before.

So, if you are one of those observant military professionals, what do you do?

Wait until this president bungles into losing the war in Afghanistan, and Pakistan's arsenal of nuclear bombs falls into the hands of militant Islam?

Wait until Israel is forced to launch air strikes on Iran's nuclear-bomb plants, and the Middle East explodes, destabilizing or subjugating the Free World?

What happens if the generals Obama sent to win the Afghan war are told by this president (who now says, "I'm not interested in victory") that they will be denied troops they must have to win? Do they follow orders they cannot carry out, consistent with their oath of duty? Do they resign en masse?

Or do they soldier on, hoping the 2010 congressional elections will reverse the situation? Do they dare gamble the national survival on such political whims?

Anyone who imagines that those thoughts are not weighing heavily on the intellect and conscience of America's military leadership is lost in a fool's fog.

Will the day come when patriotic general and flag officers sit down with the president, or with those who control him, and work out the national equivalent of a "family intervention," with some form of limited, shared responsibility?

Imagine a bloodless coup to restore and defend the Constitution through an interim administration that would do the serious business of governing and defending the nation. Skilled, military-trained, nation-builders would replace accountability-challenged, radical-left commissars. Having bonded with his twin teleprompters, the president would be detailed for ceremonial speech-making.

Military intervention is what Obama's exponentially accelerating agenda for "fundamental change" toward a Marxist state is inviting upon America. A coup is not an ideal option, but Obama's radical ideal is not acceptable or reversible.

Unthinkable? Then think up an alternative, non-violent solution to the Obama problem. Just don't shrug and say, "We can always worry about that later."

In the 2008 election, that was the wistful, self-indulgent, indifferent reliance on abnegation of personal responsibility that has sunk the nation into this morass.
at 12:18 AM No comments: Links to this post

It's the rare little builder that has made his financial house wholly out of gold, whereas those having none at all is the all-too-common state of affairs down at Old MacDonald's farm.

The choice is yours. Choose gold -- the 'bacon' you save may soon be your very own. 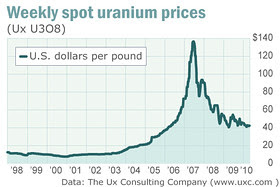 Uranium prices have dropped about 70% from their highs in 2007, but with Asia's drive for nuclear power going strong, and expected only to strengthen further, there's plenty of opportunity for prices to return to higher ground.

Uranium spot prices are at around $41 per pound, having registered a steep decline from a 2007 high of $136, according to industry sources.

Despite that, prices are "still historically high and expected to go up due to increasing demand from new reactor construction, a phasing out of secondary, nonmined supplies and substantial lag time involved in bringing new mines to market," said David Stellfox, European editor of Platts Nuclear Publications. (more)