If this is a normal correction in the markets (between 5-10%) then AAPL should visit $570 at a minimum. If the correction turns into something more severe (greater than 10%) then I could see AAPL falling as low as $450-$470.

The best reward/risk to short would be to wait for a retest of the $620 level.

No matter how the Fed tries to manipulate the markets through its orchestrated communiques, more ‘quantitative easing’ is coming, says ‘Mr. Gold‘ Jim Sinclair. And this time, $17 trillion more of Sinclair’s mantra “QE to infinity” is a done deal, according to him.

How does he know?

“How does anyone know an answer to a question? By being told. By having sources,” Sinclair revealed to King World News, Friday. “I’m half a century in the business. I’ve constantly kept up my contacts in a very unique and focused way. Quantitative easing was made clear to me, prior to Bernanke’s speech to the Washington group, prior to quantitative easing.”

The 50-year-plus veteran of the gold market first came to use the term “QE to infinity” back as early as the summer of 2009, suggesting he knew all along that the Fed had finally reach a liquidity trap and that it was inflate or die from then on.

Nearly three years later, there’s been no chink in that assessment, as evidenced by the Fed’s subsequent QE2 program, bogus currency swaps schemes as well as the most recent backdoor bailout of Europe through the Troika earlier this year.

“The next step in the formula is the fatigue of Asia in supporting bad Western monetary habits and QE to infinity to protect the long term 28 year up-trend line in the 30 year U.S. Treasury bond market,” he said in a Jul. 2, 2009 post.

Both the MACD and Slow STO indicate intermediate-term technical topping in the 30-year bond, and the trend line has held ever since the Jul. 2009 post.

As far as the outlook for the gold market, Sinclair is as bullish on gold as he’s as sure of more QE from the Fed.

The battle, he said, for the Fed is to fight the rise in the gold price for as long as possible prior to the next formal announcement of further Fed expansion of its balance sheet. A move through “$1,764 and they [Fed] lose control. That begins the move which is exponential.

However, the fight will be lost and the breakout above the $1,700 to $2,111 range is inevitable following the next QE announcement by the Fed on the way to trillions more. That, Mr. gold has no doubt. 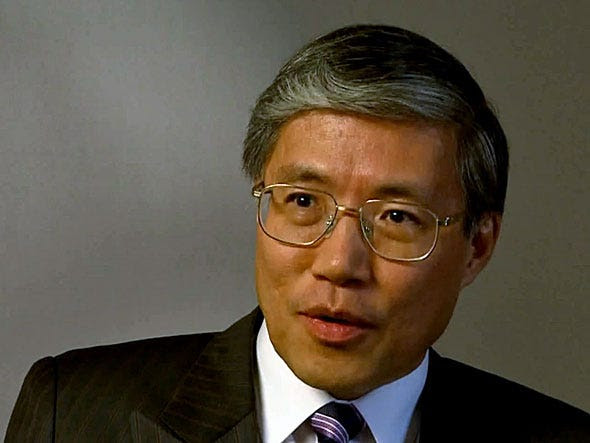 Nomura economist Richard Koo is out with a new presentation given at the Institute For New Economic Thinking in Berlin.

Koo is, of course, an expert on the great lost decades of Japan, and he's broken new ground in understanding the unique nature of balance sheet recessions.

His new presentation looks at the current state of the global economy, what's been tried to jump start things, what's worked, and what hasn't. 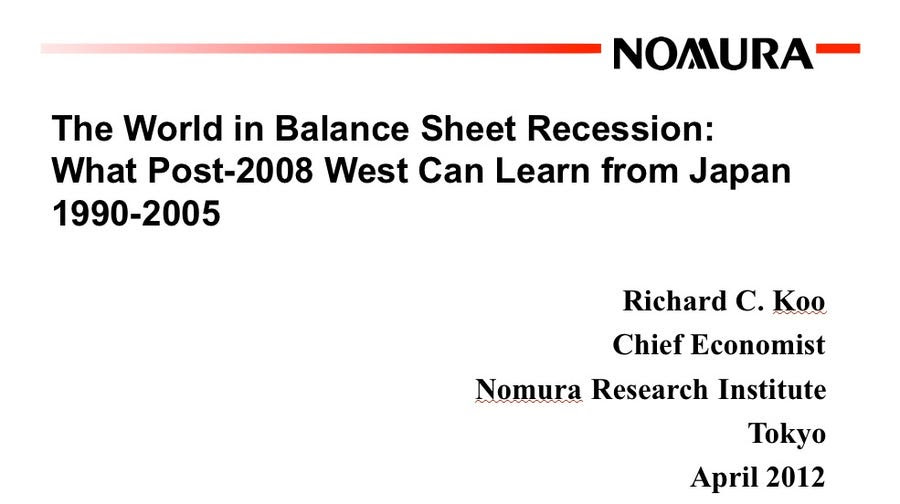 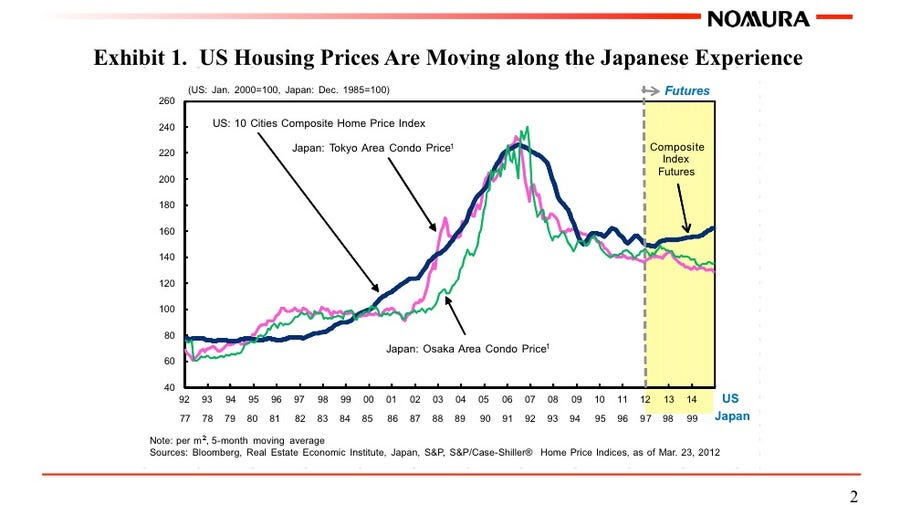 So is commercial real estate 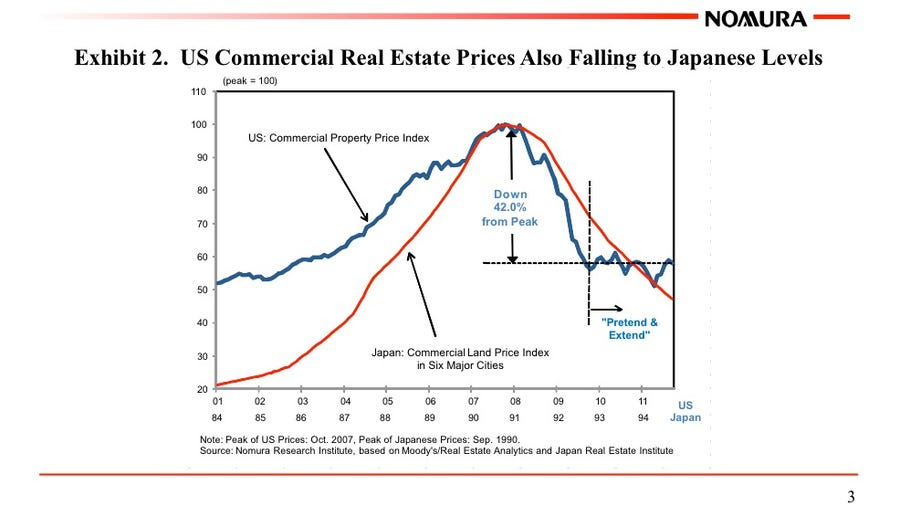 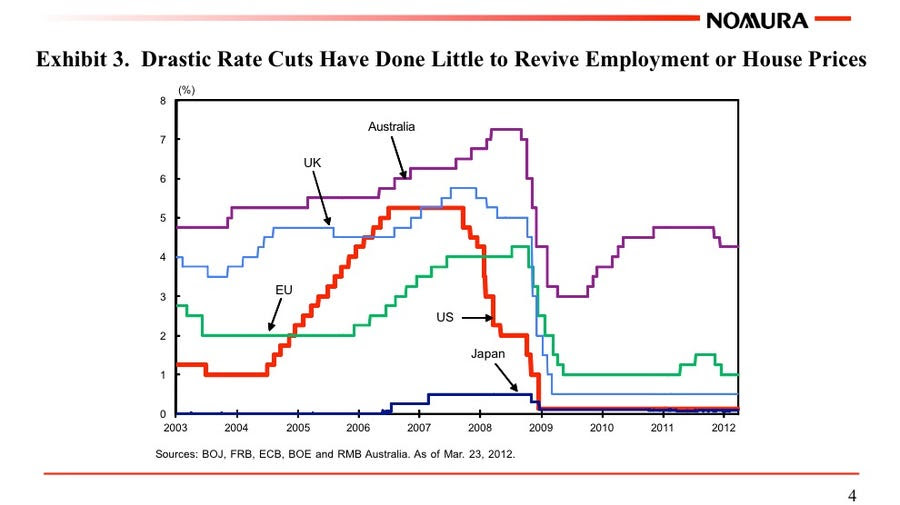 The US economy is still well below the previous peak 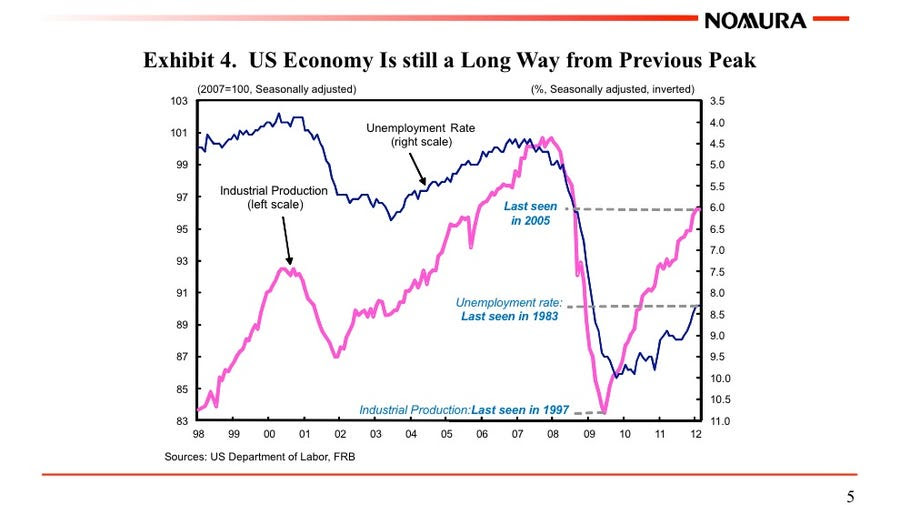 Chart of the Day - Salesforce.com (CRM)

The "Chart of the Day" is Salesforce.com (CRM), which showed up on the Barchart "All-Time High" list. Salesforce.com posted a new all-time high of 161.69 and rallied 2%. TrendSpotter has been Long since Jan 20 at $114.19. In recent news on the stock, MKM Partners on April 10 initiated coverage on Salesforces.com with a Buy and a target of $85. Canaccord on March 28 reiterated its Buy rating on Salesforce.com and raised its target to $180 from $170. Salesforce.com, with a market cap of $21 billion, provides a suite of on-demand customer relationship management (CRM) software applications that allow customers to manage and share all of their sales, support, marketing and partner information on-demand.

My Favorite Trade in this Booming Sector

Business is booming for retailers that sell jet set goods at affordable prices. It's a business model that has rewarded shareholders of companies like Whole Foods Markets (Nasdaq: WFM), up more than 4,600% in 20 years, and Monster Beverage (Nasdaq: MNST), which has gained more than 80,000% over that time.

Two of this year's hottest IPOs are profiting from the same trend: Michael Kors Holdings (NYSE: KORS) is up more than 80% in less than 5 months of trading, and Annie's (NYSE: BNNY) soared more than 100% from its IPO price in its first week.

In other words, companies that sell affordable luxuries are great trading candidates... and I think I've found the next big winner.

Consumer spending is driving retail stocks higher, and restaurants are seeing some of the biggest gains in retail spending, according to a monthly retail spending report issued by the Census Bureau. Increased consumer spending coupled with good management has driven shares of restaurateur Ruth's Hospitality Group (RUTH) up 980% in the past three years.

I think there's still plenty of money to be made with these shares, and right now we have a trade setup where a nearby support level can help limit the potential risk.

Ruth's Hospitality Group operates restaurants in the United States and internationally. It owns the Ruth's Chris Steak House and Mitchell's Fish Market brands. They operate about 130 Ruth's Chris Steak House restaurants and more than 20 Mitchell's Fish Markets. The restaurants are well diversified geographically, spread across 29 states and in seven countries. They are known for cooking steaks in a 1,800 degree oven and using serving plates heated to 500 degrees so that customers can hear the steaks sizzle as they are brought to the tables.

The company reported that same store sales growth, a key measure of success for retailers, increased by 7.7% at Ruth's last year. They have seen seven consecutive quarters of same-store sales growth and eight consecutive quarters of traffic gains in the Ruth's Chris brand. They have also been profitable in each of the past three years, and analysts expect the profits to continue growing -- RUTH is expected to to increase earnings-per-share to $0.48 from $0.39 in 2011.

RUTH is currently trading near a three year high. It sold off with the rest of the stock market last summer, and we can use that decline to generate a price target for the subsequent recovery. The stock fell $3.31 from its July high of $7.10 before bottoming at $3.79 in October. Market tend to move with a degree of symmetry, so we can add the size of the drop to the top of the pattern. That gives us a price target of $10.41 in RUTH, a potential gain of about 39%.

The chart also shows an intermediate term target of $9.15. This is 61.8% of the size of that move from last summer. That is a key Fibonacci ratio, and those ratios are widely used by technical analysts to find price targets.

Support for stocks that are breaking out to the upside should be found at old highs, in this case $7.10. This is very close to the current price action and offers a low-risk stop level for traders.
at 12:04 AM No comments:

Masco Corp. (NYSE:MAS) — This company manufactures a range of home improvement and building products including faucets, cabinets, coatings and windows, and installs insulation in new homes. Earnings for 2012 are expected to be in the range of 25 cents to 35 cents per share versus 2 cents in 2011.

On March 21 and March 27, MAS hit our target of $14, and then pulled back on profit-taking. The pullback gives us another opportunity to purchase this stock at a bargain price.

In early February, MAS executed a golden cross (long-term buy signal), and since November, has traded in a bull channel with a bottom at around $12 and top at over $14. Buy MAS now for a trading target of $15.