How Low Can The Euro Go? (Or Is That The Wrong Question?)

The euro is tanking again, as the ECB starts buying bonds for its long-promised “whatever it takes” QE program. Today’s exchange rate move is dramatic enough to generate headlines like this, from Forbes: Euro Nears Parity With U.S. Dollar
And the decline is accelerating:

What we’re seeing here is a brilliantly-fought currency war battle, i.e., an aggressive devaluation that will, in the coming year, give the incoherent mess that is the eurozone some much needed-breathing room in which to try to get its financial house in order.(more)
Please share this article
at 12:03 AM No comments: Links to this post

Trade of the Day: Don’t Miss the Chance to Buy MYL Stock on a Pullback 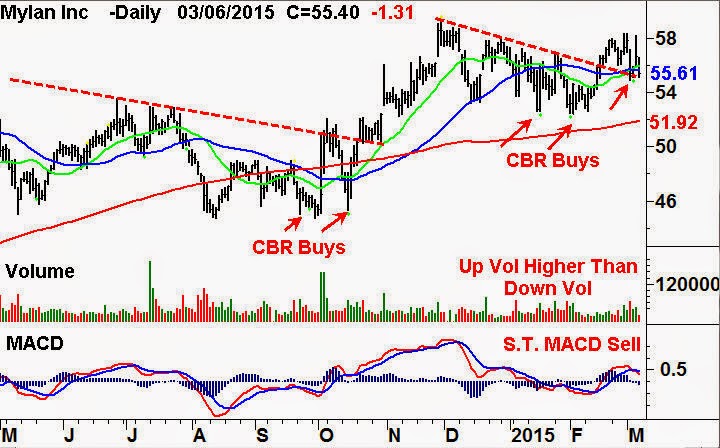 Morgan Stanley (NYSE:MS) analyst David Risinger noted that MYL stock has one of the lowest multiples in the industry. He placed an “overweight” rating on shares with a price target of $67.

Mylan completed its acquisition of the non-U.S. developed markets generic unit of Abbott Laboratories (NYSE:ABT) in late February. The deal added roughly $2 billion in annual revenue and allowed the company to relocate its headquarters to the Netherlands. Management expects this move will lower the company’s tax rate from 25% to 20%-21% after the first year and to the high teens afterward. Capital IQ said it sees Mylan making additional acquisitions this year.

Technically, MYL stock has been on a steady ascent since it broke from a three-year consolidation in 2012 at about $25. Since then, shares have advanced from a series of consolidations following buy signals from my proprietary indicator, the Collins-Bollinger Reversal (CBR). These advances have been accompanied by high volume, like the break in October.

Last week, MYL stock broke above its 50-day moving average at $55.61, but retreated on Friday, falling below the breakout point due to a round of profit-taking in the broader market. This pullback could provide an excellent opportunity to purchase shares of this well-managed pharmaceutical company.

Buy MYL stock under $54. My trading target is $64, which would result in a gain of 19%; however, long-term investors may want to hold shares for a much higher return.
Please share this article
at 12:03 AM No comments: Links to this post

When I arrived in Canada in 1970, one of the first investment maxims I was taught by the old pros was, "Put your money in the bank stocks, not the banks."

The point was I would see far better returns holding bank shares than I would earning interest in a savings account.

As this bull market rages on with the S&P 500 about 215% higher than its early 2009 low, I want to update the maxim. While this bull market continues, I say, buy the brokerage stocks. (more)

AAPL: Here’s How to Play the Apple Stock Dip 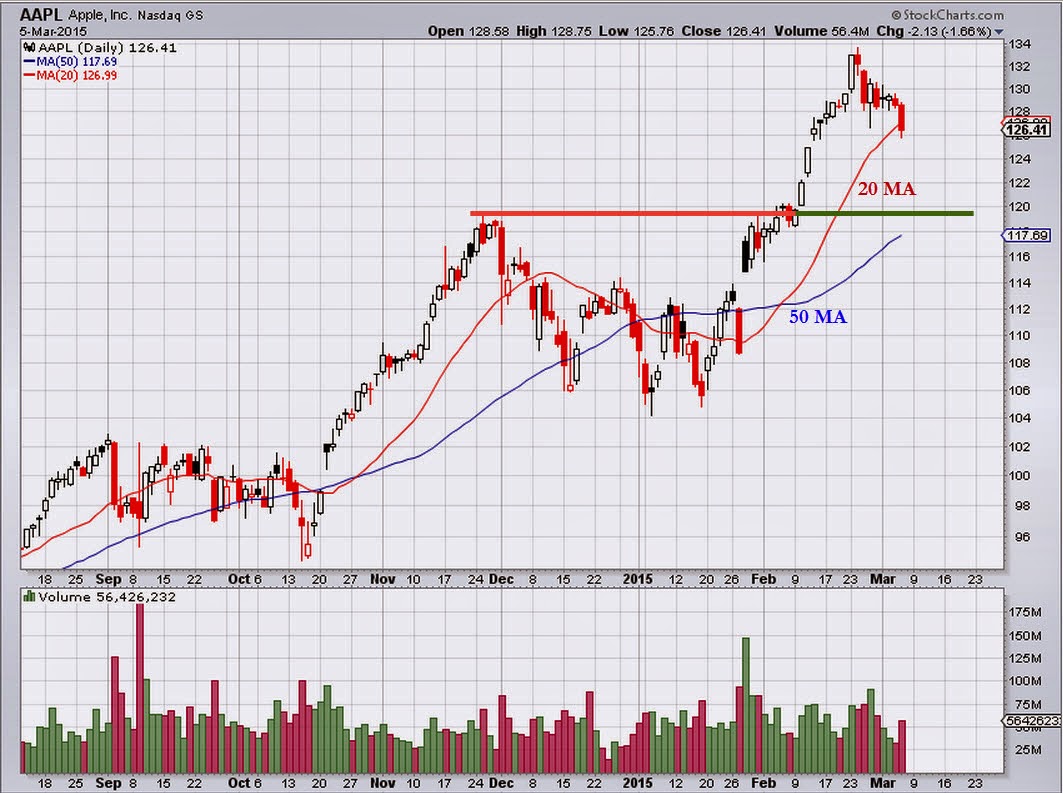 Shares of Apple Inc. (NASDAQ:AAPL) exhibited uncharacteristic weakness in Thursday’s trading session. Amid an otherwise go-nowhere day for U.S. markets AAPL stock tumbled 1.66%.
While the dollar amount of the drop is arguably insignificant the sudden onset of relative weakness is worth mentioning.  It’s just so un-Apple like.
But, hey, even the world’s strongest stock is allowed an off day or two. With the technical structure of Apple’s stock chart remaining incredibly bullish the current dip is undoubtedly a buying opportunity. (more) 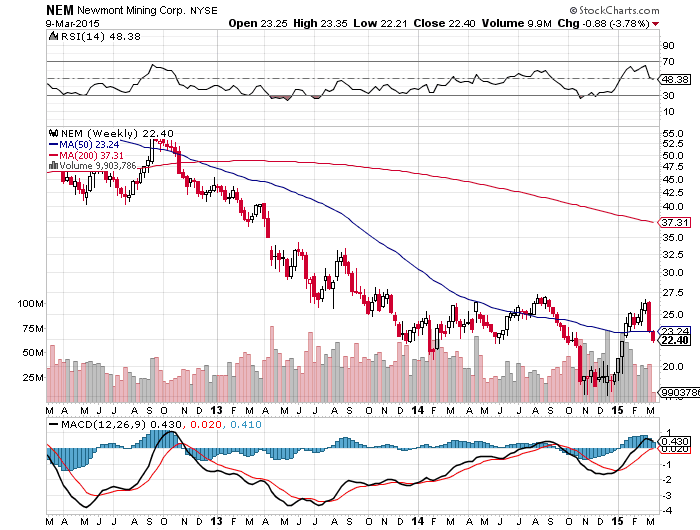 Newmont Mining Corp (NYSE: NEM  ) is one of the world's largest gold miners. On the surface that seems like a pretty simple business model. And it is, until you dig down a little deeper. Let's dive in to what it takes this gold titan to make profits shine.
Dig hole, repeatMining isn't too complex. You dig stuff out of the ground, process it a little bit, and then sell it. Do that over and over again and you have a business. But while that may be enough to get you started in understanding what a company like Newmont Mining does, it only scratches the surface of the whole process.
The first thing that you have to do when you are looking to open a gold mine -- or copper mine, since Newmont is in both businesses -- is to find a good spot. That means geologic research to make sure there's actually something worth digging up. This is an important step, since setting up a new mine, or expanding an existing mine, is a time-consuming and expensive process. (more)
Please share this article
at 12:03 AM No comments: Links to this post