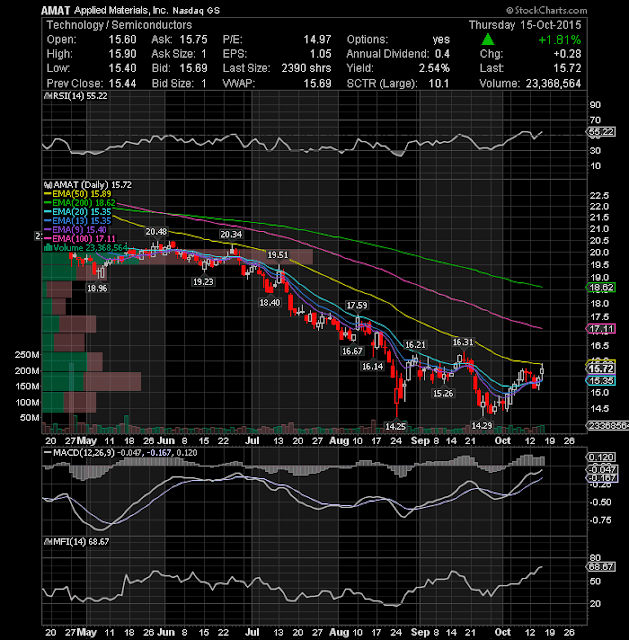 Applied Materials, Inc. (NASDAQ:AMAT) Daily technical chart is showing some bullish signals in its early stage. The MACD-histogram has been sloping up, MFI and RSI are both rising, indicating bullishness. A break and close above the 50-day EMA should open the way to $17. Im Long. 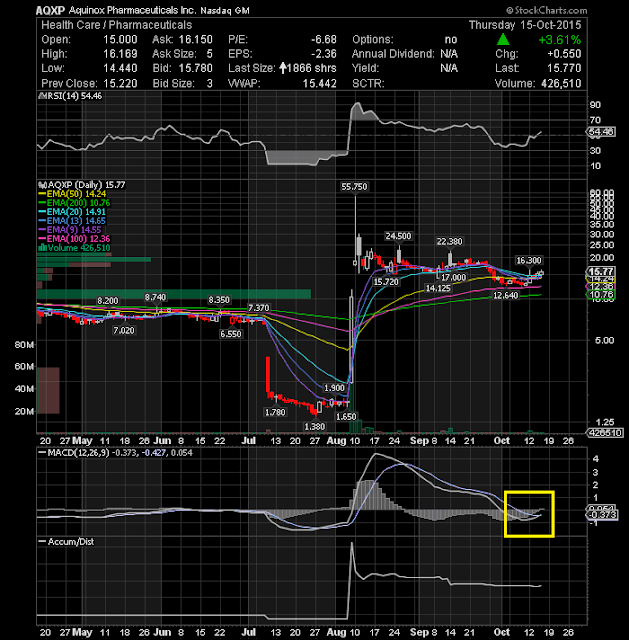 Aquinox Pharmaceuticals Inc (NASDAQ:AQXP) had a great move on the upside today and closed at $15.77. The stock is setting up to break out and has one more level to go, which is $16.30. This strength is confirmed by price movement as well as two momentum indicators, the MACD and RSI. If it breaks the key resistance level, we could see 20 quickly. 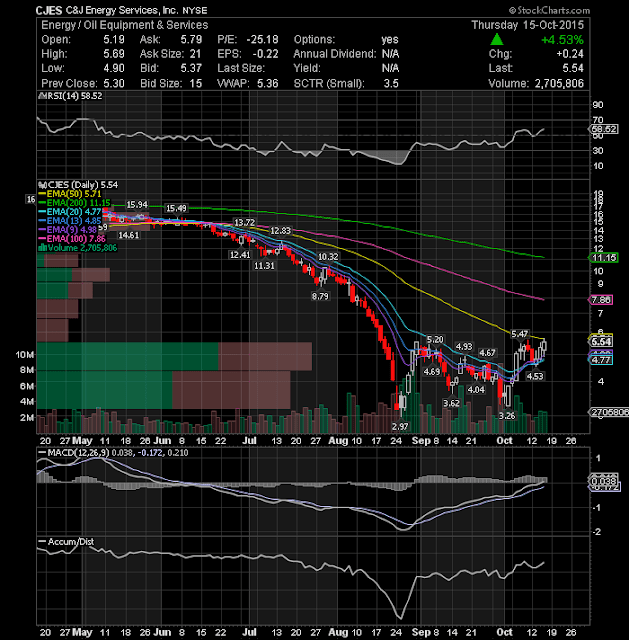 C&J Energy Services, Ltd. (NYSE:CJES) has recovered nicely and can potentially set-up very well for a swing-trade if the stock breaks through the resistance level at $5.71. Technical indicators are becoming more favorable with MACD crossing above the zero line and RSI starting to turn up. There could be good upside in this trade, so watch the stock closely on Friday. 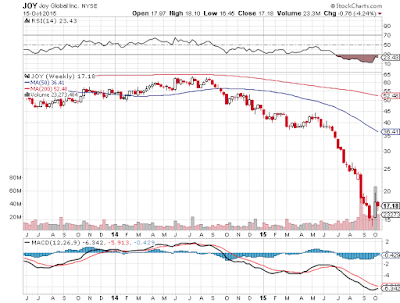 Avondale recently initiated coverage on four companies within the machinery sector. Below is a closer look at what the firm had to say.

On top of a Market Outperform rating, the analysts issued a six- to 12-month price target of $36 for Joy Global. They noted that this quarter the shares have hit the firm’s key liquidation, capitulation and valuation criteria. This has led them to take an incrementally positive stance on the name. (more)

ACADIA Pharmaceuticals Inc., a biopharmaceutical company, focuses on the development and commercialization of small molecule drugs that address unmet medical needs in neurological and related central nervous system disorders. Its lead product candidate is NUPLAZID, which completed the Phase III pivotal trials for the treatment of Parkinson’s disease psychosis; is in Phase II study for Alzheimer’s disease psychosis; and has completed Phase II trial for the treatment of schizophrenia. It also has clinical-stage programs for chronic pain and glaucoma in collaboration with Allergan, Inc.
Take a look at the 1-year chart of Acadia (NASDAQ: ACAD) with the added notations: ACAD trended higher and higher up to its $52 peak in July. However, since that time the stock has fallen all the way back down to its $30 level. Over the past year, ACAD has found support at that same $30 support (green) on multiple occasions. Traders could expect some sort of bounce if the stock reaches that support again. However, if the $30 support were to break, lower prices should follow.

The Tale of the Tape: ACAD has an important level of support at $30. A trader could enter a long position at $30 with a stop placed under the level. If the stock were to break below the support a short position could be entered instead.
at 12:03 AM No comments: 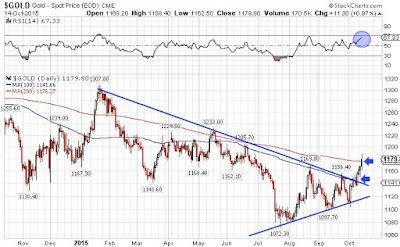 Gold is rocketing higher during the first two weeks of October, up roughly $75 to $1,185 today. This is a gain of 6.7% in just two weeks as investors are increasingly betting that the gold price has bottomed.
The gold price advance is being driven partially by comments from Federal Reserve board members suggesting that a rate hike is not a sure thing in 2015, as most analysts had once expected. This news has helped to push the dollar lower and precious metals higher over the past few weeks.  (more)
at 12:03 AM No comments: