Renowned financial analyst Charles Nenner has been studying cycles to predict all major markets for the past three decades.  Does all the global manipulation in the markets make a difference to the timing of the cycles?  Nenner says, “It doesn’t . . . all these things have nothing to do with the way the markets behave.  They are part of the market behavior.”  Nenner gives Former Fed Head Alan Greenspan as an example.  Nenner explains, “Greenspan and his guys were part of the market.  So, if it would be so that you could manipulate the markets, then we could not predict; and since we predict with much success, then it proves there is no influence whatsoever.”

On the inflation/deflation question, Nenner predicts both, but first deflation.  Nenner says, “We are holding on to the deflation scenario.  I think we are going into deflation.  I still think we are going to a Japan scenario.  It doesn’t mean that in a couple of years we won’t have super-inflation.”  Nenner adds everything is on a cycle, including interest rates, and goes on to say, “Interest rates go up 30 years and 30 years down; and if you start counting back, in two to four years, we should go back to the old highs of 18% or so.”  Nenner says governments “want” and “need” inflation.  Nenner explains, “Everybody in the end wants the inflation; otherwise, the deficits are going to be huge.”   (more)

Pierre Lassonde revolutionized investing with the creation of the first gold royalty company. Three decades later, he is as confident in this model as ever, especially considering the difficulties of the majors in discovering large, high-grade reserves. In this interview with The Gold Report, this director and former chairman of the World Gold Council discusses the significance of the shift in gold ownership from West to East, the problem of mining scale and the results of the industry’s failure to develop new prospecting technology.
The Gold Report: You wrote “The Gold Book: The Complete Investment Guide to Precious Metals” in 1990. What have been the biggest changes in gold investment since then?
Pierre Lassonde: The first biggest change is the development of gold exchange-traded funds (ETFs). They began in 2004 and went from zero all the way up to over 2,650 tons of gold. Ownership is now down about one-third, but that’s still about 1,750 tons of gold held by this instrument.
Continue Reading at TheAuReport.com…
Please share this article
at 12:04 AM No comments: 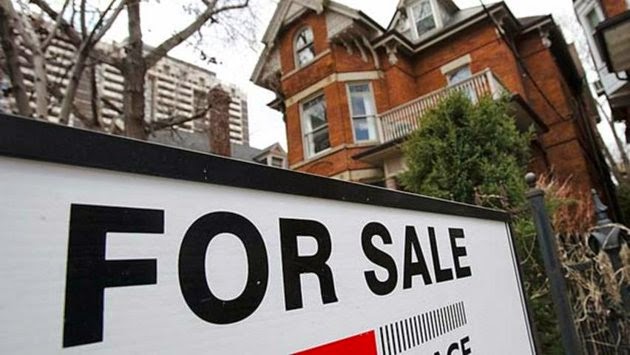 Canada’s housing market continues to show strength overall, with a slowdown in a few urban centres, but it “may only be a matter of timing” before there’s a full-blown correction, warns an economist.
Capital Economics economist David Madani, known for his bearish outlook on Canada’s housing sector, believes the market is overdue for a correction of as much as 25 per cent.
He says the recent softness in cities such as Halifax, Winnipeg and Victoria are just the beginning. Larger “overvalued markets” such as Toronto and Vancouver, are expected to follow.
While many economists are calling for the “soft landing” in Canada’s housing market, Madani forecasts something more severe.  (more) 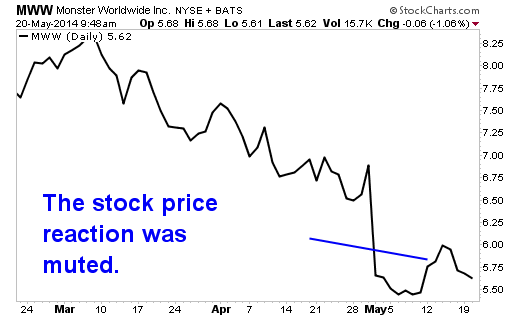 For every Amazon.com (NASDAQ: AMZN) or Priceline (NASDAQ: PCLN), you'll find many more examples of web-based business that failed to live up to their promise. Companies like WebVan, Pets.com and eToys.com were once worth hundreds of millions of dollars, yet failed to survive the eventual dotcom shakeout.
Others have managed to survive, but are mere shadows of their former selves. Case in point: online employment firm Monster Worldwide (NYSE: MWW), which has seen its shares slide more than 90% since their peak in the summer of 2000.  (more)

zerohedge.com / by Tyler Durden / 05/21/2014 11:52
More than half a decade after the collapse, and with talking heads proclaiming the recovery as strong as ever and the Fed remarking on the housing market’s foundational pillar to that recovery, BlackRock’s CEO Larry Fink has a few words of warning for the exuberant – the US housing market is “structurally more unsound” today that before the last financial crisis. As the data comes in weaker and weaker, despite hopes for a post-weather bounce, the fact that the US housing market is “more dependent on Fannie and Freddie than we were before the crisis,” is a problem for the US taxpayer and – unlike Mel Watt‘s‘free credit for everyone’ approach to expanding the GSE’s role, Fink says with strong underwriting standards, ownership of affordable homes can again become a foundation for American families. So Watt’s easy ‘Subprime 2.0′ or Fink’s hard ‘American Dream’.
READ MORE
Please share this article
at 12:03 AM No comments: