U.S. stocks chalked up their best day in nearly two months on Thursday as investors welcomed a string of robust earnings reports, while Greece appeared close to a bailout deal, easing fears about a wider sovereign debt crisis.

Modern Civilization: This Sucker Is Going Down 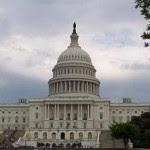 George W. Bush was onto something in the fall of 2008 when he remarked apropos of the Lehman collapse: “…this sucker could go down.”

It’s my serene conviction, by the way, that this sucker actually is going down, right now, even as I clatter away at the keys — perhaps in slow motion, so that not many other bystanders have noticed yet, and the few who have noticed are mostly too crosseyed with nausea to speak.

It’s perhaps useful to define even what we mean when we say “this sucker.” Everybody knows what a sucker is, of course — say, a Midwestern public employees’ union pension fund snookered into buying a fat slice of equity tranche in a Goldman Sachs-engineered CDO. But “this sucker” is something else: a rather large cargo of commercial relations, entailed obligations, hopes, expectations, habits of daily life — indeed millions of whole lives — loaded onto the rather creaky vessel we call modern civilization. “This sucker” was such an apt term coming from someone whose understanding of civilization was like unto that of a boy who found a PlayStation under the Christmas tree. (more) 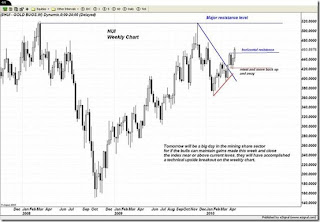 In an article titled the Palladium; the stealth bull market, we explored the Palladium bull market and laid down the criteria necessary for Palladium to trade to the 800 ranges. We are going to post some of the excerpts of this article below before we examine SWC.

"It broke through the 1st resistance point at 375 with relative ease and is now attempting to break past an even stronger zone of resistance. The $465-$475 ranges make up a zone of very strong resistance, and most likely it will take several attempts before palladium manages to break past this zone; once it does though it should be clear sailing to the 550-600 ranges.

The $465-$475 ranges which should have provided a zone of strong resistance, was once again taken out with ease, indicating that Palladium is in an extremely strong upward bullish phase. What is even more astounding is the fact that it has managed this in the face of a strengthening dollar; it is the only precious metal that continues to put in a series of new highs in tandem with a rising dollar. (more)

The record rally in corporate bonds is showing signs of cracking, with yields rising the most in 13 months relative to government debt and new sales falling to the least this year.

Wheat Looks to be Consolidating, Support from Corn Helps

Given the current fundamental resistance to higher prices in wheat, the wheat trade remains constructive. Barring any major change in the outside markets, wheat should continue to work higher over the near term. Traders looking at fundamentals are poised to sell these markets on any sign of weakness; however the market has proven to be very resilient.

The bulls in the wheat market continue to focus on the size of the net position held by trend following funds in the Chicago contract and to some extent the KC contract. At times, this position has pushed would be sellers to the sidelines. The most recent Commitments of Traders Report, as of April 20th, indicated that trend following funds were net short 61,500 contracts. We should see another slight reduction, as of April 23rd, once the report is released on Friday afternoon. Basically, we are looking at a reduction of 17,000 to 18,000 net short positions over the course of the corrective rally that began on April 5th. More momentum is needed to consider this a fundamental shift in how this short position is going to be handled going forward. (more)
at 12:26 AM No comments: Links to this post

File this under unexpected. Former President Bill Clinton blames the current financial crisis on the U.S. leaving the gold standard.

During an interview conducted at the Peterson Institute by Bob Schaeffer, Clinton sounded like a hardcore gold bug as he said that the problems in the economy started when the U.S. went off the gold standard.

He then hedged a bit and justified the U.S. leaving the gold standard for "economic management" reasons.

Those economic management reasons were, of course, that the U.S. had printed so many dollars at the then price of gold ($35 per ounce) that the U.S. did not have enough gold to back up all the money it printed. But Clinton's statement clearly implies that he understands that gold is a check on out of control government printing of money. (more)
at 12:24 AM No comments: Links to this post 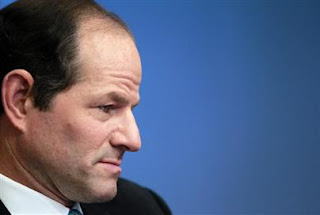 In ordinary times, the SEC's fraud case against Goldman Sachs would have been settled before it was even filed. There would have been a consent decree in which Goldman neither admitted nor denied any wrongdoing, paid a fine, and agreed to make more fulsome disclosures in the future. But these are not ordinary times, and the SEC's very public announcement that it's charging Goldman with misrepresentation and fraud in its marketing of a subprime debt product has become one of the biggest stories in the entire Wall Street scandal. (more)

Frauds And Scandals Follow The Collapse Of The Financial System , Bob Chapman

As the world faces an ongoing sovereign debt debacle we see an attempt to defuse an oncoming scandal involving Goldman Sachs, Paulson and perhaps others.

The collapse of the fiat money system is underway and each day picks up momentum. The only question is how long it can survive? In the interim we are faced with inflation and perhaps hyperinflation as the privately owned Federal Reserve and other central banks add stimulus and money and credit into their financial systems.

America’s system of finance and economy has been deliberately destroyed via regulation, illegal immigration and free trade, globalization, offshoring and outsourcing. We wrote about these issues and tactics as long ago as 1967. Taxes on both individuals and corporations are still onerous, the exception being the rich who pay far less than their fair share. By the way taxes will increase in the future and government may in the future attempt to take away your retirement plans and replace them with guaranteed annuities. We ask how can a bankrupt government guarantee anything? America and the rest of the world are realizing that you cannot live beyond your means indefinitely. The resultant poverty that eventually results is accompanied by the theft of wealth by inflation, subtly and secretly. (more)