In what CNBC calls ‘a stupid decision‘, JP Morgan has reportedly sold $25 billion in profitable bonds and securities to offset trading losses from its IG9 derivatives crisis.

If it was merely an effort to prop up earnings for JPM’s Q2 report we would agree, but this is more likely JP Morgan LIQUIDATING CAPITAL TO MEET MASSIVE MARGIN CALLS OVER ITS ESCALATING INTEREST RATE SWAP LOSSES, which we have discussed are reportedly close to $100 Billion. Bankers are not fools, throwing good money after bad. If JPM sold $25 billion in profitable positions, it is because IT WAS FORCED TO.

JPMorgan Chase has sold an estimated $25 billion of profitable securities in an effort to prop up earnings after suffering trading losses tied to the bank’s now-infamous “London Whale,” compounding the cost of those trades.

Embry – People Will Be Shocked at the Chaos Heading Our Way

Today John Embry told King World News, “This situation is unprecedented. The world has never, ever been in a condition like this.” Embry, who is Chief Investment Strategist of the $10 billion strong Sprott Asset Management, also told KWN, “anyone that is complacent will be shocked at the chaos that is heading our way.” Here is what Embry had to say about the situation: “I think we’re in an extraordinary place. It’s becoming obvious that Europe is imploding, and the powers that be really don’t have any solutions. I’m very worried about China. Lawrence Summers recently said China may have a year in which it only grows 7% in the next decade.”

This situation is unprecedented. The world has never, ever been in a condition like this. As a result, anyone that is complacent here and says, ‘This is just business as usual,’ they are dead wrong and will be shocked at the chaos that is heading our way. 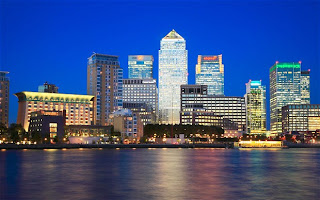 Just as you thought things couldn't get any worse, credit markets are about to be hit by a veritable tsunami of maturing corporate debt. Standard & Poor's estimates that companies in Europe, the US and the major Asian economies require a combination of refinancing and new money to fund growth over the next four years of between $43 trillion and $46 trillion. The wall of maturing debt is unprecedented, raising the prospect of further, extreme difficulties in credit markets.

With the eurozone debt crisis still at full throttle, the Chinese economy slowing fast and a still tepid US recovery, it's not clear that the banking system is in any position to deal with this incoming wave of demand.

As if the refinancing problem wasn't already challenging enough, into it all stumbles the European commissioner for internal markets, Michel Barnier, to prove the old saw that there is no mess quite so bad that official intervention won't make even worse. (more)

Marc Faber : Potential for a Market Crash in the Fall

Marc Faber interviewed by Fox Business News ( 31 May 2012 ) on the Potential for a Market Crash in the Fall Gloom, Boom & Doom Report Editor Marc Faber on the potential for a market crash."If we had a new high on the S&P in other words above 1422 in the summer say in July August , I think a crash will likely follow in the fall in other words in October November and will bring stock prices down very meaningfully " says Marc Faber
at 12:05 AM 1 comment:

Martin Armstrong: Are Commodities Preparing for a Major Rally?

Martin Armstrong: Are Commodities Preparing for a Major Rally

To review Union Pacific's stock, please take a look at the 1-year chart of UNP (Union Pacific Corporation) below with my added notations: 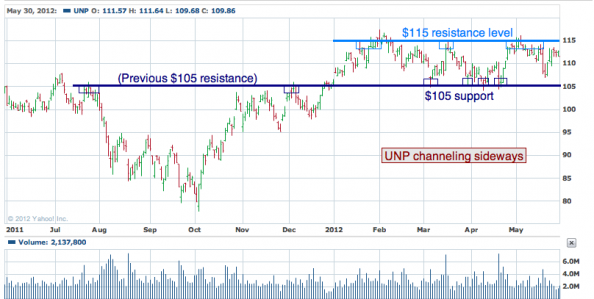 The whales of our cur­rent eco­nomic soci­ety swim mainly in finan­cial mar­ket oceans. Inno­va­tors such as Jobs and Gates are as rare within the priv­i­leged 1% as giant squid are to sharks, because the 1% feed pri­mar­ily off of money, not inven­tion. They would have you believe that stocks, bonds and real estate move higher because of their wis­dom, when in fact, prices float on an ocean of credit, a sea in which all fish and mam­mals are now increas­ingly at risk because of high debt and its delev­er­ing con­se­quences. Still, as the sys­tem delevers, there are win­ners and losers, a Wall Street food chain in effect.

These eco­nomic and/or finan­cial food chains depend on lots of lit­tle fishes in the sea for their longevity. Decades ago, one of my first Invest­ment Out­looks intro­duced “The Plank­ton The­ory” which hypoth­e­sized that the mighty whale depends on the lowly plank­ton for its sur­vival. The same applies in my view to Wall, or even Main Street. When exam­in­ing the well-known wealth dis­tri­b­u­tion tri­an­gle of land/labor/capital, the Wall Street food chain seg­re­gates cap­i­tal between the haves and have-nots: The Fed and its mem­ber banks are the metaphor­i­cal whales, the small investors earn­ing .01% on their money mar­ket funds are the plank­ton. Yet sim­i­lar com­par­isons can be drawn between cap­i­tal and labor. We are at a point in time where prof­its and com­pen­sa­tion of the for­tu­nate 1% – both finan­cial and non-financial – dom­i­nate wages of the 99% and the imbal­ances between the two are as dis­torted as those within the cap­i­tal food chain itself. “Ninety-nine for the one” and “one for the ninety-nine” char­ac­ter­izes our global econ­omy and its finan­cial mar­kets in 2012, with the obvi­ous under­stand­ing that it is bet­ter to be a whale than a plank­ton. Not only do Wall Street and New­port Beach whales like myself have blow­holes where they can express their omnipo­tence as they occa­sion­ally sur­face for pub­lic com­ment, but they don’t have to worry as yet about being some­one else’s lunch. (more)

The PIIGS May Be Bigger Than You Think

"PIIGS" we are informed in the current Wikipedia entry "is a pejorative acronym used to refer to the economies of Portugal, Italy, Greece and Spain. Since 2008, the term has included Ireland, either in place of Italy or with an additional I."

With apologies, I am joining the ranks of contributors to such august publications as the New York Times, Wall Street Journal, Financial Times and The Economist who have used this handy label as a linguistic convenience and, I believe, with no aspersions intended.

My topic is the relative size of these five countries in a basic economic sense -- to one another and to the world as a whole. To make comparisons, I'm using GDP based on purchasing power parity (PPP). My source for the data is the IMF (International Monetary Fund), specifically the IMF's World Economic Outlook Databases.

The complete IMF database includes over 180 countries. For the chart below, I used the 58 countries with the largest GDP, which thereby includes the newcomer and smallest of the PIIGS (both in size and GDP) -- Ireland.

As an aside, anyone who is curious about the relative size of these five nations in a more conventional non-economic sense, the adjacent table arranges them in order of population along with the square miles and the GDP percent of world total. My source for geographic size and population is the Central Intelligence Agency's World Factbook.

The financial threat of Greece to the Eurozone and a potential spillover to the rest of the world has, of course, been much in the news. My illustration of the relatively tiny contribution of Greece to world GDP, should not be construed as an effort to downplay the reality of the financial risk it poses. The complex financial and political interlinkage of debtors and creditors trumps an easy metric such as GDP.

The PIIGS are Big!

The bar chart above does suggest the rationale for the broader anxieties about potential risks posed by the financial stresses in Spain and Italy. To put the size issue in a broader context, consider this: The European Union, which I didn't include in the chart above, would be the largest entity if I had. It's about 4.8% larger than the US based on GDP purchasing power parity. The PIIGS collectively constitute about 5.05% of world GDP, but they account for 25% of the GDP of European Union.

The world is worried about the PIIGS, and it should be.