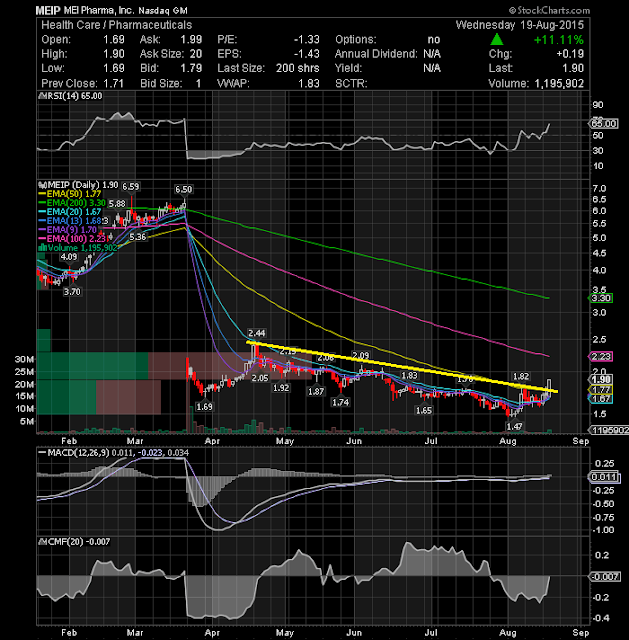 MEI Pharma Inc (NASDAQ:MEIP) The downtrend line resistance has been broken on the daily technical chart. The price can move up to $2.40/44 in the short-term. Indicators are strong and the MACD recently produced a new buy signal. Should breakout hard to upside when it crosses over $2.44 (GAP). Long setup. 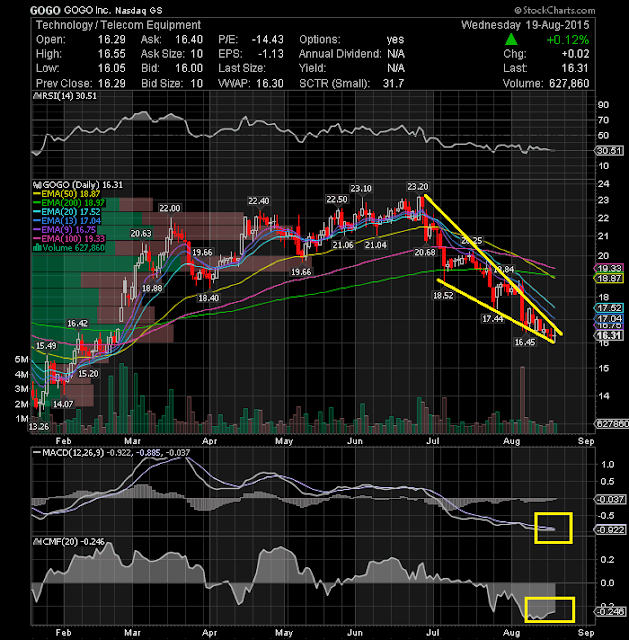 Gogo Inc (NASDAQ:GOGO) looks poised to break out of a falling wedge pattern and MACD is about to climb above the signal line. If it clears resistance the move may be powerful. 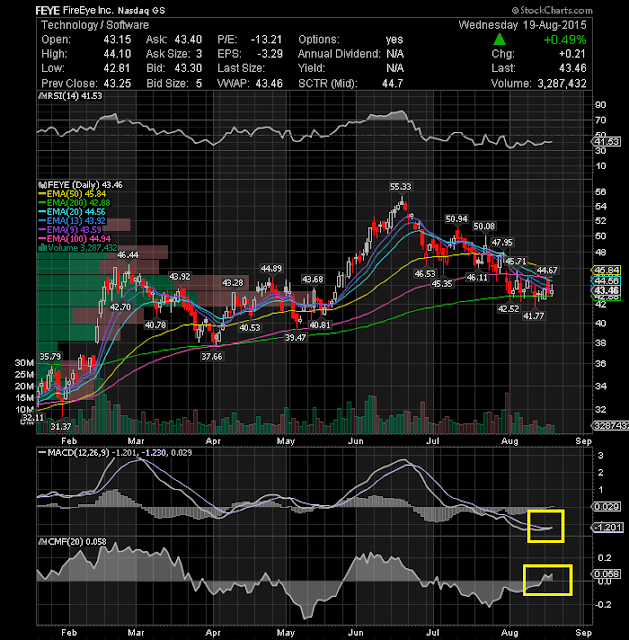 FireEye Inc (NASDAQ:FEYE) has been in a major corrective phase in the recent weeks. The downtrend that commenced in late June appears to have been completed at the latest low of $41.77. The MACD on the daily chart is starting to give a new buy signal and the share price could move to the short-term target of $45.20-$45.84. This view would be valid as long as the stock holds above $41. Place a stop-loss at this level for long positions. 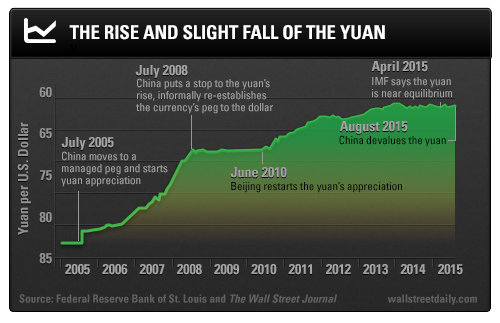 Another great game is certainly afoot in global financial markets, and China has announced its presence with authority. The bout, of course, is the currency war.
On August 11, China devalued its currency by the largest amount in one day since 1993. By doing so, it joined a phalanx of countries around the world that have actively depreciated their currencies against the U.S. dollar.
Markets have been roiling ever since. This is especially true for commodities, which are already in a weakened position.
But all the drama seems to be a bit of an overreaction. (more)
at 12:03 AM No comments: Links to this post

The early leak of the FOMC Minutes was initialy spotted in the FX and Rates markets (higher USD and higher yields) but as the full minutes were released the pressure really began in what appears a more dovish reaction. The Dollar plunged - near its early flash crash lows, yield across the entire complex have declined notably and the curve steepened; stocks are rising and gold and silver and getting a further lift... as September rate hike odds plunge to 40%.
September odds tumble...

And December odds rise to 65%

And after the initial reactions, the follow-through is very dovish

Bemis Company, Inc. invents, designs, and manufactures packaging products in North America, Latin America, Europe, and the Asia-Pacific. It operates through two segments, U.S. Packaging and Global Packaging. The company offers multilayer polymer, blown, and cast film structures to produce packaging for food, personal care, medical, pharmaceutical, electronics, industrial, and other consumer goods applications. It distributes its products through its direct sales force. The company was formerly known as Bemis Bro. Bag Company and changed its name to Bemis Company, Inc. in 1965. Bemis Company, Inc. was founded in 1858 and is based in Neenah, Wisconsin.
Take a look at the 1-year chart of Bemis (NYSE: BMS) below with added notations: 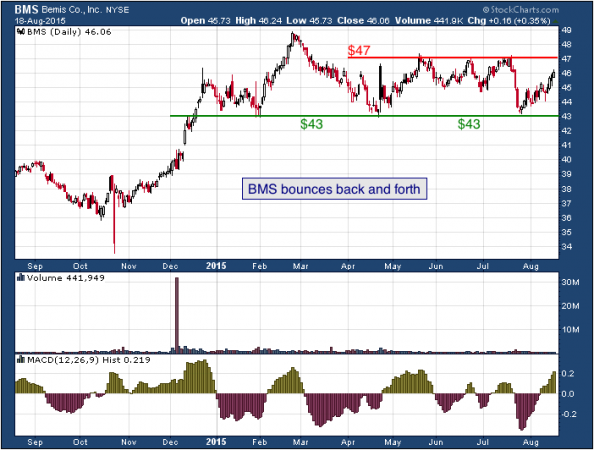 After rallying into 2015, BMS started trading sideways over the following 6 months. While in the sideways move, the stock has formed a common pattern known as a rectangle. A minimum of (2) successful tests of the support and (2) successful tests of the resistance will give you the pattern.
BMS’s rectangle pattern has formed a resistance at $47 (red) and a $43 support (green).  At some point the stock will have to break one of the two levels.

The Tale of the Tape: BMS is trading within a rectangle pattern. The possible long positions on the stock would be either on a pullback to $43 or on a breakout above $47. The ideal short opportunity would be on a break below $43.
at 12:03 AM No comments: Links to this post