Under $6 Stock Could Score Traders Double-Digit Profits in 3 Months: MWW

When barcode scanner maker Symbol Technologies named Sal Iannuzzi as its new CEO in January 2006, investors knew that this mergers and acquisitions (M&A) veteran served one main purpose: To whip the company into fighting shape and help sell the business at a nice premium. Within a year, Symbol was sold at $15 a share (more than 50% higher than the pre-Iannuzzi trading level) to Motorola, which was subsequently acquired by Google (NASDAQ: GOOG).

Why should you care about Sal Iannuzzi? Because he's doing it again. As chairman, president and CEO of employment-search firm Monster Worldwide (NYSE: MWW), he's been actively pursuing a buyer for the company for more than a year now. As it turns out, finding a buyer has been much harder for Iannuzzi this time, but he does have an ace up his sleeve, thanks to a cash-rich balance sheet.

Through the prior economic expansion, Monster's various employment boards were the go-to site for many job seekers. Revenues grew over 20% a year from 2005 through 2007, reaching $1.3 billion. And it was always a very profitable business, as free cash flow was routinely in the $100 million to $200 million range.

But the economic slowdown and resulting spike in unemployment led many job seekers to stay put. Rising competition from social media site LinkedIn (NYSE: LNKD) surely hurt as well. These days, Monster's revenue base is notably smaller at around $890 million.

Since then, this stock has collapsed, eventually plunging to $4 before a modest rebound in early May.

Remarkably, Iannuzzi is still searching for a buyer, and at current levels, potential buyers must surely be more intrigued.

Looking at recent results, Monster is a lot healthier than the dismal stock chart might imply. While Iannuzzi was shopping the company, he tightened up the ship by exiting unprofitable operations in Turkey, Brazil and Mexico, while paring U.S. expenses by $50 million. And Monster has been heavily investing in its core site to enhance its appeal to job seekers. In a recent press release, the company noted that it is "developing a number of key initiatives that are expected to be introduced over the next 6 months."

The timing may prove to be fortuitous as the job market is finally starting to build a head of steam (with expectations of another decent monthly employment report to be released Friday). Potential buyers may start to sense that this distressed asset is actually poised for a cyclical recovery.

But Monster now has a "Plan B" if a buyout fails to appear -- in the form of a $200 million stock buyback. This is a company that already shrank its share count by 9 million to 114 million in 2012, and at current prices, a new $200 million buyback would take that share count down by 36 million to around 80 million.

What would Monster garner in a buyout? Probably not the $11 or $12 a share it was seeking last year, but $7 or $8 would likely do the trick. That equates to around one times sales, which is quite reasonable for a company with 54% gross margins and headed for a cyclical economy-led recovery.

Even if this stock doesn't get taken out in a few months, shares are still attractive for investors with a longer time frame. Buying back $200 million in stock would provide support at current levels, and the smaller share count would enhance what this company could fetch in a year or two when the economy is stronger and job seekers become more active.

Whether it's Plan A or Plan B, this stock appears to have short-term or medium-term upside.

Is A Freefall In Oil Prices Really Underway?

Over the past three weeks, there have been numerous headlines insinuating that a freefall in oil prices is underway. Last week I read that the various causes were a slowdown in China’s economy, OPEC’s decision not to cut production, and America’s growing oil production. Based on the headlines, one might suspect that we were right in the middle of a major bear market for oil.
Just how far had the price of West Texas Intermediate (WTI) fallen?

All the way to $92 a barrel - before resurging in the last few days). Keep in mind that WTI opened 2013 at $93.14 a barrel. Since then it has traded between $98/bbl and $87/bbl. (In my Five Energy Predictions for 2013, I predicted that the price of WTI would average less this year than last year, and that the Brent-WTI differential would narrow. To date both predictions have proven to be accurate).
According to the US Energy Information Administration (EIA), the weekly average price of WTI this year traded below $90 only once. The week ending April 19th the average price was $88/bbl. Over the past 12 months, the weekly average has traded in a range of $17/bbl. The low took place during the week ending June 29, 2012 at $80.33 and the high occurred the week of Sept. 24, 2012 at $97.56. The weekly average price of WTI over the past 12 months has been $90.95. So despite the bearish headlines, WTI is still trading above the average over the past 12 months. (more)

The Day The Big Fat Junk-Bond Bubble Blew Up

testosteronepit.com / By Wolf Richter / June 7, 2013, 5:29PM
My friends in the corporate restructuring industry aren’t breaking out the bubbly just yet. But with one eye, they’re gazing wistfully into the distant horizon where they’re seeing the first signs of a glimmer of hope. And with the other eye, they’re gazing at the screens of their smartphones and computers where they’re seeing a brutal junk bond rout.

Junk bonds had a phenomenal run. With each truckload of free money that the Fed and other central banks delivered to the markets, junk-bond valuations soared and yields plunged. The St. Louis Fed’s BofA Merrill Lynch junk-bond yield index, which was deep into the double digits during the financial crisis, hit a low on May 9 of 5.24%, down from 6.19% at the start of the year. Yields on some of the least bad junk in the index were well below 5%.

Before these crazy times that the financial crisis brought, you could buy an essentially risk-free 1-year FDIC-insured CD with an interest rate of 5%. But recently, desperate investors, mauled by the Fed’s zero-interest-rate policy and losing ground to inflation, were furiously grabbing yield wherever they could, taking on risks no questions asked, any risks no matter how large, to get to that 5% yield. A feeding frenzy for junk. Companies took advantage of this Fed-induced desperation and bamboozled investors into gobbling up $187 billion in junk bonds so far in 2013, a record!

One of the losers of the Fed’s policies was the corporate restructuring industry. With endless amounts of nearly free money available, even teetering companies with too much debt and money-losing operations could borrow more to cover up any holes. So my friends and their restructuring outfits branched out into performance-improvement consulting and financial advisory, and some have left the business altogether.
READ MORE
Please share this article
at 12:03 AM No comments: Links to this post 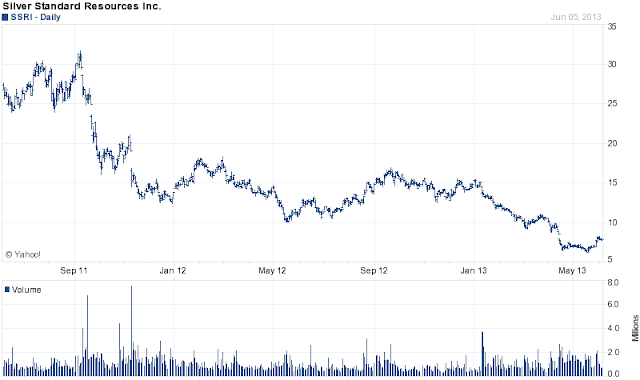