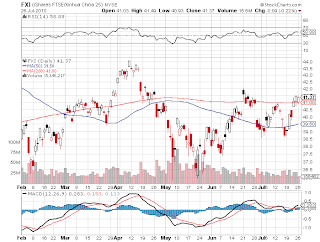 Jim Trippon, of the China Stock Digest, says that investors better start scaling into China now, or risk missing the biggest economic opportunity of our lifetime. Quality growth stocks can be bought for price earnings multiples under 11, and often for 4-5 times, compared to an average 13 multiple for the S&P 500. You are already investing indirectly in the Middle Kingdom whether you realize it or not. Just take a stroll through Wal-Mart (WMT).

Jim has been publishing his widely followed China Stock Digest for six years, running a full time group of analysts out of offices in Shanghai, Hong Kong, and Houston. Financial markets in China are still primitive, with no options or futures, short selling, international accounts, arbitrage, spotty disclosure, and tough currency restrictions. Individuals account for up to 70% of turnover, compared to only 10%-20% in the US, which can lead to higher highs and lower lows in share prices. (more)


Goldman Sachs sent $4.3 billion in federal tax money to 32 entities, including many overseas banks, hedge funds and pensions, according to information made public Friday night.

Goldman Sachs disclosed the list of companies to the Senate Finance Committee after a threat of subpoena from Sen. Chuck Grassley, R-Ia.

Asked the significance of the list, Grassley said, "I hope it's as simple as taxpayers deserve to know what happened to their money." (more)

The Middle Class in America Is Radically Shrinking. Here Are the Stats to Prove it

From The Business Insider

The 22 statistics detailed here prove beyond a shadow of a doubt that the middle class is being systematically wiped out of existence in America.

The rich are getting richer and the poor are getting poorer at a staggering rate. Once upon a time, the United States had the largest and most prosperous middle class in the history of the world, but now that is changing at a blinding pace.

So why are we witnessing such fundamental changes? Well, the globalism and "free trade" that our politicians and business leaders insisted would be so good for us have had some rather nasty side effects. It turns out that they didn't tell us that the "global economy" would mean that middle class American workers would eventually have to directly compete for jobs with people on the other side of the world where there is no minimum wage and very few regulations. The big global corporations have greatly benefited by exploiting third world labor pools over the last several decades, but middle class American workers have increasingly found things to be very tough. (more)

The Death of Paper Money 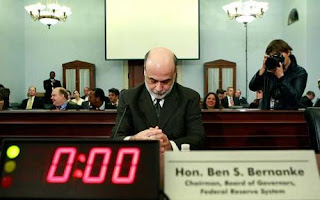 Ebay is offering a well-thumbed volume of "Dying of Money: Lessons of the Great German and American Inflations" at a starting bid of $699 (shipping free.. thanks a lot).

The crucial passage comes in Chapter 17 entitled "Velocity". Each big inflation -- whether the early 1920s in Germany, or the Korean and Vietnam wars in the US -- starts with a passive expansion of the quantity money. This sits inert for a surprisingly long time. Asset prices may go up, but latent price inflation is disguised. The effect is much like lighter fuel on a camp fire before the match is struck. (more) 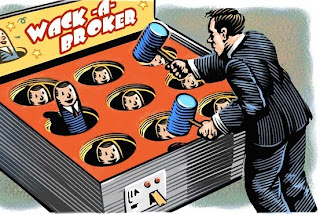 The Dow Jones Industrial Average last week ended up pretty much where it had been a little more than a week earlier. A rousing 200-point rally on Wednesday mostly made up for the distressing 200-point selloff of the previous Friday.

The Dow plummeted nearly 800 points a few weeks ago -- and then just as dramatically rocketed back up again. The widely watched market indicator is down 7% from where it stood in April and up 59% from where it was at its 2009 nadir.

These kinds of stomach-churning swings are testing investors' nerves once again. You may already feel shattered from the events of 2008-2009. Since the Greek debt crisis in the spring, turmoil has been back in the markets.

At times like this, your broker or financial adviser may offer words of wisdom or advice. There are standard calming phrases you will hear over and over again. But how true are they? Here are 10 that need extra scrutiny. (more) 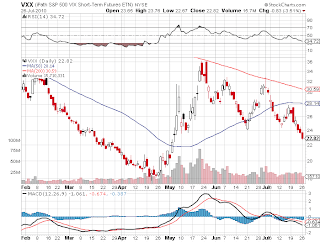 Smart Money,
A vote of confidence in Europe and strong earnings at home have given the markets a little lift, but how soon the recovery gets back on track remains a matter of debate.

Stocks finished last week on a high note, as the results of stress tests for major European banks came in generally positive, and sparked a Friday rally. The S&P 500 rose 38 points, or 3.5%, for the week and the Dow Jones Industrial Average climbed 327, or 3.2%, to 10425.

The threat of a worsening European downturn has weighed on stocks since the Greek debt crisis came to light at the end of the year, and anticipation over the test results remained high until word came that 84 of 91 European banks examined had passed tests about how they would fare if the economy got worse.

"Optimism abounds over the European bank stress tests," Gluskin Sheff chief economist David Rosenberg wrote Friday. Still, he added that "earlier concerns of a European economic meltdown have yet to occur," a statement that left open the possibility for more trouble. (more)

When Will the U.S. Go the Way of Rome?

When do you suppose the citizens of imperial Rome first realized that their way of life had tipped into inexorable decline?

A few foresaw the impact of Caesar's usurpation of the rule of law, marking his ascension as the beginning of the end. Many more sounded the alarm when Rome's fiscal balance spiraled out of control, debts multiplying faster than the ability to extract taxes from a dwindling base of productive citizens. The plebeian masses, accustomed to bread and circuses, were probably oblivious until Rome was finally sacked. Everything was fine yesterday, how did these barbarians arrive at our gates?

A strange sign of the times has begun traversing America's rural byways. The sole purpose of this giant machine is to grind up paved roads leaving behind a trail of chopped asphalt and gravel. Strapped county administrators are throwing in the towel, unable to maintain their road systems absent the flow of largess cut off from near bankrupt state and federal agencies. Instead of reducing their carbon footprint by driving ecologically friendly electric cars these people will soon be riding horses. The Sierra Club must be thrilled. (more) 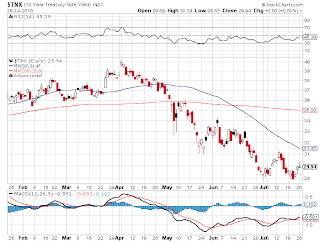 Nothing much to be said here. Stocks are broken for yet another day, as correlation 101 fails as expected due to the most recent attempt to ramp stocks regardless of anything and everything. Oh, guess where volume is... Laughable. At this point nobody, absolutely nobody in stock land dares to take on the Fed, even as the bond vigilantes rumble in their sleep.
at 12:16 AM No comments: Links to this post

Americans Have A Serious Household Net Worth Problem

The state of U.S. household net worth is dismal, as this chart (via The Big Picture) shows, with the country falling back to levels last seen in the late 1980s and early 1990s.

This collapse happened once prior, after the deflation of the dot com bubble. But now, as a result of the housing bubble collapsing, household net worth has fallen even lower.

The rebound after the dot com collapse was dramatic. The rise from 2009 lows has been less pronounced, with it clearly slowing in 2010.

We are only back to levels first reached in the early 1990s. (more)

In a note to investors today, a well-regarded strategist on the equity sales desk at a major sell side firm put up the following two Bloomberg charts next to each other.

The two charts reflect different time frames but are from related data sets. The first chart is a long-time series dating from 1963, the seasonally-adjusted annualize rate of new home sales. You can see home sales falling off a cliff into this past recession.

The second chart is a three-day chart of the ITB, the iShares home construction ETF which consists mostly of home builder shares. The home builders are crushing today as new home sales in June came in up over 23% month-over-month. Of course, May was a record low, the slowest ever in 46 years of data. (more)

"The assumptions made about economic growth, about sovereign risk were not realistic enough in my view especially on sovereign risk" said. Nouriel Roubini,most of the sovereign risk was held in maturity books and the tests did not allow for a default Roubini explains and there is a question on how you measure also things that have not been market down like toxic assets ...the strength of the Euro is more likely the weakness of the dollar , until a month ago the dollar looked like less ugly than the Euro due to the problems in the Eurozone stress test sovereign default risk risk of a double dip risk of the break-up of the monetary union , last month the month the numbers have come out worse for the United States in terms of macroeconomic data ....
at 12:05 AM No comments: Links to this post 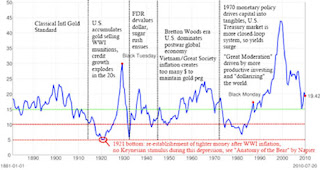