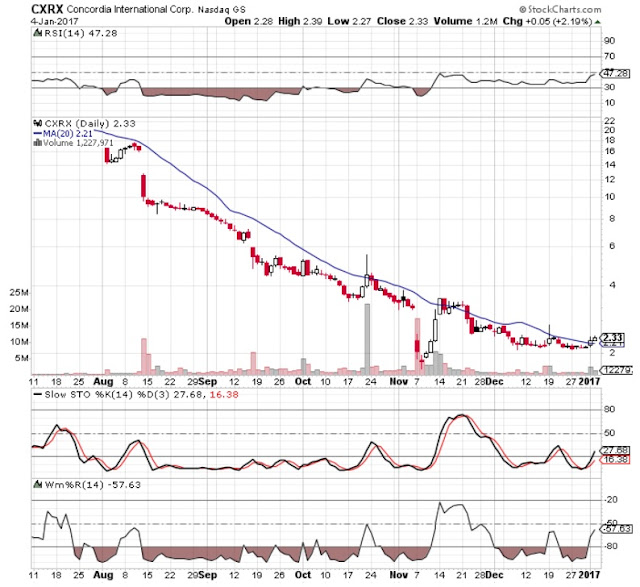 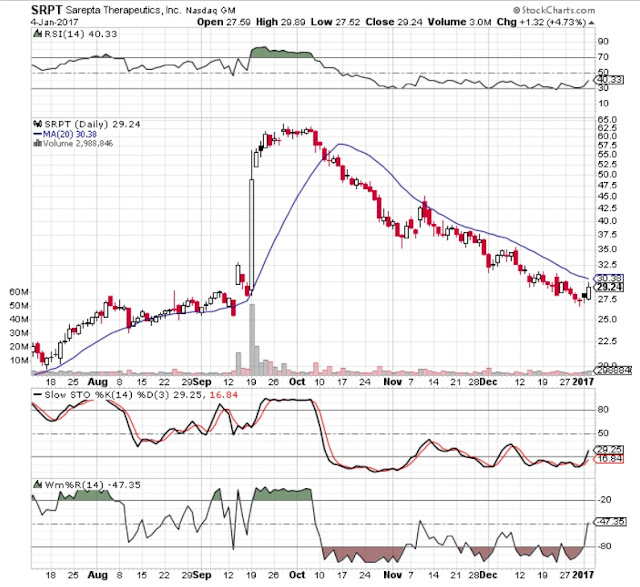 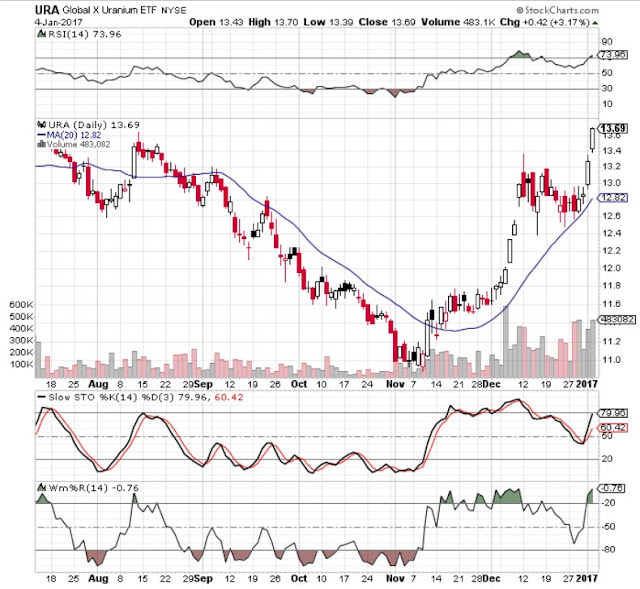 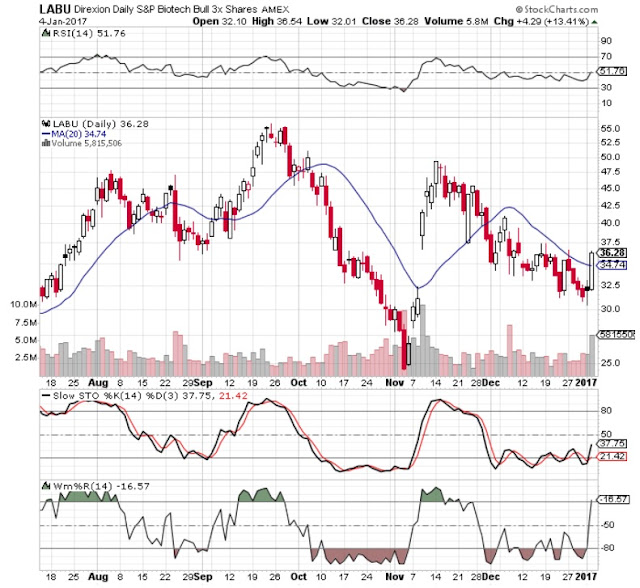 (Disclosure: The following represents my opinions only. I am not receiving any compensation for writing this article, nor does Hydra Capital have any business relationship with companies mentioned in this post. I am long IKM.V, CPI.TO, SDX.V, POE.V, VLE.TO, AAV.TO, SWN.US, PNE.TO).

As the markets get set to come out of their turkey-induced coma this week and next, I thought of highlighting a few names that have been discussed here in the past given that many are expected to have potential "alpha" events in the first quarter of 2017.

First and foremost has to be Ikkuma Resources (IKM on the TSX Venture). I highlighted this name most recently in November when IKM released news of oil flow from their first horizontal well into a new naturally-fractured Cardium oil pool in the Alberta Foothills. The market yawned at the results, but as I said at the time, your first well into a new oil pool isn't likely to be your best, or your cheapest. I also reminded readers that IKM was/is trading at a 25-30% discount to its PDP NAV, meaning that the new oil play arguably comes at no cost (a.k.a. a "free option"). Fast forward to today and IKM has now likely been testing its second horizontal well into the play for somewhere around 3-4 weeks. That means an IP30 rate from the second oil well could be out in the next week or two. I've heard suggestions that IKM might ultimately be able to get their per-well costs down to $2.5-3.0 million in this new play... and at those levels these wells could be very economic at IP30's of even 300 barrels/day. I've also read analyst reports that suggest some wells could test north of 1,000 barrels of oil per day, which can make forecasting very difficult for the analyst community. So, as it stands, the market is in "wait-and-see" mode on IKM. Even with the goalposts more or less established, no one is really pounding the table as there is still an element of speculation with regards to the rates that IKM can get out of these wells. Fair enough, but all I'm saying is that if the next test result is ~300 bopd or greater, I would expect the stock to gap higher as the reality of the potential for 150 net locations sinks in. If I use Stolberg metrics as a guide, those 150 locations could translate into 30-60 million barrels of recoverable oil... and that is definitely not something the market will overlook. Based on what I know about the play, I don't think this is something the market should be discounting to zero. We'll see.

Condor Petroleum (CPI.TO) is another company that is expected to release test results early in the New Year. Condor is testing the Poyraz-3 well imminently, which would confirm gas at deeper levels than what was previously known. In aggregate, the company's Poyraz Ridge drilling program has turned up better reservoir, thicker pay, and even new reservoir intervals within, and outside of, mapped reserve areas. The translation is that CPI is probably going to see a big jump in reserves this year which would make this cheap stock even cheaper. Turkey remains desperate for gas, so CPI has a hungry market to sell into at what should be very healthy netbacks no matter what price deck you want to throw at it. The path to first gas is on schedule (mid-2017) and fully funded, so I sleep pretty well at night on this one.

SDX Energy (SDX.V) moved up strongly into year-end, presumably on positioning ahead of the potentially-high-impact "mystery target" (location/prospect not picked yet) to be drilled in the South Disouq concession in "Q1 2017". In parallel, if SDX is only partly right about its planned Egyptian oil well workover program, I think the company is grossly undervalued, so I really see the South Disouq well as a true "free option" on a could-be-big exploration target in a little company. If I liked SDX at 45 cents (which I did), that means that I still like it at 55 cents too. I think SDX could double from these levels without even breaking a sweat based on what the company says is in front of it at its existing operations. It has all the makings of a good market speculation and the price seems right. Hopefully the oil price continues to cooperate and management executes.

Pan Orient (POE.V) isn't a name that I've likely discussed in more than a passing sense (if at all) here before, but it's a company that I've followed for around 10 years. One of the main reasons I've followed it so long has been to see the Anggun prospect drilled and that's apparently set to happen in "late Q1 2017". I take that timing with a grain of salt, but we'll see. This is one of those "company maker" targets that you only get to see drilled once in a while. Most of them fail. Those that do not can generate a lot of wealth in a very short time period if handled properly. Here's hoping POE is the latter (and SDX for that matter...!). POE happens to have nearly $1/share of cash, no debt, and a SAGD asset that is not worth zero if you believe in $60+ oil. At current levels, POE seems to be an attractive place for me to have a speculative position on... just in case. There will probably be some kind of speculative run going into the Anggun results in a couple/few months, so there may also be a chance to lower my cost base along the way.

For those who missed it, on December 30th, Valeura Energy (VLE.TO) announced that it has received Turkish approvals to proceed with a series of "transformational transactions" with respect to its operations in the Thrace Basin, Turkey. The company has been discussed in detail here before, and while I never saw approvals as a real risk, I was definitely happy to see them granted before the end of the year. On completion of the transactions and upon receipt of the associated payment/financing proceeds, VLE will be cashed up and ready to see its barbell strategy turn into a reality with fully funded shallow and deep drilling programs. There may be some "catch up" trading in early 2017 as people who missed news of the Turkish approvals come back to their screens, so I think it's at least fair to say that VLE has probably put in its lows for the time being. If VLE hasn't been able to break below 80 cents for this long, it would be hard to imagine a reason for it breaking down now. With 99% of the country's gas needs met by imports, the need for domestic gas supplies in Turkey remains crystal clear. It should be an eventful year for Valeura.

And one last general comment I want to make is on natural gas right here in North America. Storage levels are already below the 5-year average which is a dramatic shift from "record high inventories" just months ago. Cold air is expected to wash over most of North America in the next week or so and every wave of cold burns more and more gas in a market that hasn't been focussed on, or drilling for, gas in at least a couple of years. I'm not a raging bull on gas yet, but I'm certainly seeing a lot more reasons to be bullish as opposed to being bearish or even neutral. The Marcellus is bottlenecked until at least H2 2017 and gas rig counts are still at historic lows. Higher prices are needed to incentivize more production and demand shows no signs of abating, with increased LNG and Mexican exports adding further fuel to the fire. As a result I'm happy to have a gas-bias to my energy weightings at the moment while keeping a close eye on weekly invetories and long range weather forecasts. At this point, even a "normal" winter should do. I'll own a name like Advantage (AAV.TO) until the cows come home, but some higher beta names like Pinecliff (PNE.TO) and Southwestern (SWN in the U.S.) have captured my attention lately. If Nymex gas moves over $4.00, I think it could be the psychological trigger that brings a new wave of capital into the sector.

(Disclosure: The following represents my opinions only. I am not receiving any compensation for writing this article, nor does Hydra Capital have any business relationship with companies mentioned in this post. I am long CPI.TO).
at 12:03 AM No comments: Links to this post