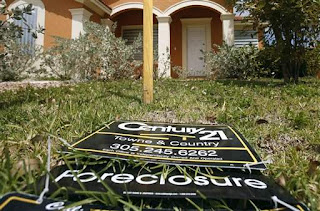 The latest housing initiative announced today by the Obama Administration draws the U.S. government and, by proxy, all taxpaying Americans, further into the inescapable quagmire of a devastated real estate market.

By transferring more underwater mortgage balances onto the public books, the plan puts taxpayers on the hook for further losses if housing prices continue to fall. Given the massive support for real estate already afforded by record-low interest rates and massive federal tax and policy incentives, there are very good reasons to believe that home prices will indeed collapse when these crutches are removed. Recent spikes in long-term interest rates warn of this prospect. (more)

Author: Dow Could Hit 14,000 Before Another Crash

The Dow Jones Industrial Average could soar to 14,000, only to tumble again, says Phil Town, investor and author.

The market is currently trading at about 10,900.

He predicts that the market will follow another cycle of booms and “another huge drop.”

The market will experience “spurts of good news” and also the opposite, he told Yahoo Finance Tech Ticker.

Town, the author of "Payback Time," advises investors to shy away from predicting the market in the short term and said it is “not about guessing the market right.” (more)
at 4:04 AM No comments: Links to this post

Vacancies at a Fancy Address, 9 West 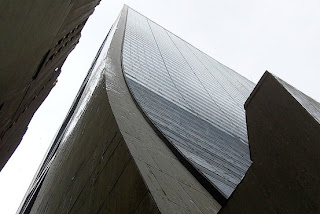 With its unparalleled views of Central Park and striking black-glass façade wrapped in travertine marble, the swooping tower at 9 West 57th St. in Manhattan is among the world's most prestigious business addresses.

Today, it sits half empty.

Roughly 24 of the building's 50 floors are vacant, including the top three, according to people familiar with the building. Even in today's dismal real-estate market, the amount of empty space in 9 West, as the building is known, is unique among high-end New York office towers. (more)

Hotel foreclosures in California climbed 27 percent in the first quarter from a year earlier as unemployment cut business travel.

Foreclosures, including the 469-room Los Angeles Marriott Downtown, rose to 79 properties from 62 in the first three months of 2009. Defaults increased 6.5 percent to 327, Irvine, California-based Atlas Hospitality Group said in a statement. The company specializes in selling hotels. (more)

One of the bigger stories in the UK over the past several days, has been the increasing pressure on Prime Minister Gordon Brown to justify his sale of 395 tons of gold in 17 auctions in the period from 1998 through 2002, when Brown was Chancellor of the Exchequer, a role identical to the one Tim Geithner now performs in the US as Treasury Secretary. The issue is that in the abovementioned period, gold was trading at the rock bottom prices of the past two decades, and as such his rush to sell is estimated to have cost UK taxpayers £6 billion. One reason previously given to Parliament, to explain the transactions from Treasury ministers and Tony Blair was that the sale was made 'on the technical advice of the Bank of England.' Today the UK Treasury has released long-withheld FOIA documents which disprove this claim, and indicate that in fact the BOE was if not completely against selling the bullion then certainly waiting until the price improved. Furthermore, as the Daily Mail reports, "A source close to the Bank of England said last night: 'It was not our decision. It was their decision and we simply provided technical advice. Then it was up to them.'" Yet, in light of recent LBMA manipulation revelations by GATA, it was most likely the association itself and its member banks which pressed the then relatively new Chancellor to do something against the interest of his people, potentially with promises of further rank extension in the "public services" arena. So far, they have not disappointed. (more)
at 3:50 AM No comments: Links to this post

Gross: Interest Rates to Soar Once Obamacare Kicks In

"No investment vigilante worth their salt or outrageous annual bonus would dare argue that current legislation is a deficit reducer as asserted by Democrats and in fact the Congressional Budget Office," writes Gross in a note to investors.

In addition to the 10 percent of GDP deficits and a growing stock of outstanding debt, U.S. investors must be concerned with future unfunded entitlement commitments, "which portfolio managers almost always neglect, viewing them as so far off in the future that they don’t matter," Gross says. (more)
at 3:27 AM No comments: Links to this post

It's Ponzimonium in the Gold Market

We've had a string of amazing revelations recently regarding the world's precious metals market. This is important stuff for anyone (like me) who holds gold as a means to avoid currency turmoil and counterparty risk.

(My earlier post on shenanigans at the Comex gold market.)

This news has been actively suppressed in the mainstream media.

People involved in the markets have known/suspected for years that they have been manipulated by certain large entities, notably JP Morgan and Goldman Sachs. (more)
at 3:17 AM No comments: Links to this post

Bernanke re-nominated, outrage at banks, insolvency the real state of banks, crime pays when you are at the top, sovereign debt crisis around the world, debt and derivatives products were all just a ponzi scheme, the problem wont go a way when the system is purged, PIMCO Bill Gross warns of inflation, big cutbacks in services...

The re-nomination of Ben Bernanke, as Chairman of the Federal Reserve, has to be one of the ultimate political insults, particularly coming from Republicans, as did his predecessor, Alan Greenspan, both have taken America and the world down the sewer. Ben Bernanke saved Wall Street, the banks, insurance companies and a myriad of other Illuminist firms. (more)

One step forward: California voters will get a chance in November to decide if the state should legalize marijuana. Two steps backward: Secretary of State Hillary Clinton recently told authorities in Mexico that the United States was looking at anything that worked to fight the drug cartels killing Mexicans daily -- but responded "no" when asked if anything included legalizing or decriminalizing marijuana.

The California vote, however it turns out, constitutes a recognition that millions of Americans see lighting up a joint as no different than sipping a martini. Clinton's rejection of easing U.S. law on recreational weed use reflects a wide opposing belief that allowing marijuana use would violate moral norms and inflict onerous social costs on our society. (more) 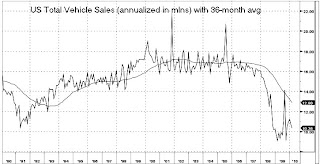