The Standard & Poor’s 500 Index, heading for its biggest first-quarter gain since 1998, will probably rise 13 percent in the next few months after staging a “confirmed breakout,” says Katie Stockton of MKM Partners.

The benchmark measure of U.S. equities closed above its January high of 1,150.23 for two consecutive weeks on higher- than-average trading volume, after failing to stay above that level in the previous week. That breakout confirms the S&P 500 has entered a new phase of its yearlong rally and may reach 1,325, said Stockton, who boosted her projection from between 1,220 and 1,230.

“The breakout was decisive,” Stockton, chief market technician at Greenwich, Connecticut-based MKM Partners, said in an interview. It indicates “the trend will persist at its current rate,” she added. (more) 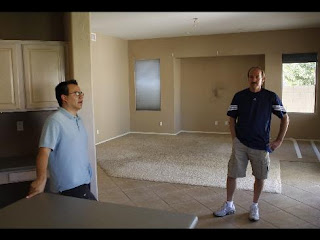 During the U.S. housing boom, even amateur investors could buy and sell a property within a couple of months and turn a profit. Today there’s nothing amateur about house flipping.

Homes with punctured walls and missing appliances draw multiple offers from professional investors at auctions in foreclosure-ridden states such as Arizona, California, Florida and Nevada. Competition is so stiff that experienced flippers such as Sergio Rodriguez and Brian Bogenn look back with nostalgia at last year, when they turned over 48 residences in the Phoenix area. (more)

EMPLOYMENT, HOUSING AND THE MEDIA

Why does the media continue to hammer away at the weakest areas of the economy, employment and housing, while giving very little attention to the sectors that are showing signs of a recovery? It is true that the recovery in the economy is a jobless one and it is also true that the housing market remains extremely weak.
However, in spite of all of the bad press, jobless claims are actually beginning to look better. Claims in the week ended March 20 were 442,000, which compares to an estimate of 450,000 and continuing claims in the week ended March 13 were 4.65 million, when 4.562 million were anticipated. Although the continuing claims portion of the report was higher than the median guess, it is at the lowest level since December 20, 2008. The main event this week will be Friday's release of the March nonfarm payrolls report. The median estimate for this report is a 185,000 increase. (more) 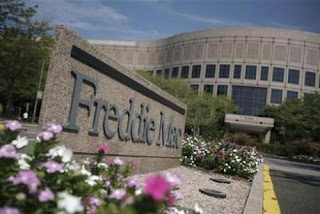 "We have been working with them to help structure our cleared interest-rate swap offering," CME CEO Craig Donohue said on Tuesday at the Reuters Global Exchanges and Trading Summit in New York. "I imagine that we, among others, will be competing to try to win business from them as we introduce our interest-rate swaps clearing solution."

Fannie Mae and Freddie Mac, which were seized by the U.S. government in September 2008, will start moving their swaps to centralized clearing within months, their federal regulator said earlier in March. (more)
at 3:41 AM No comments: Links to this post 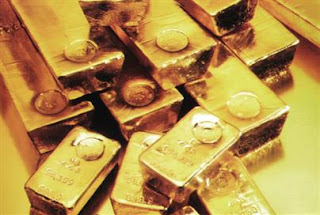 Gold and silver sales have exploded past the $1-billion mark at the federal mint, with spooked global investors snapping up the precious metals as a hedge in uncertain times.

The astounding 266% increase in bullion and refinery revenues, to $1.04 billion from $283.9-million in 2007, is revealed in the Royal Canadian Mint's 2008 annual report, only recently tabled in Parliament after a year-long delay caused by an investigation into $15-million in missing gold. (more)

Investors and their advisers can only scratch their heads as they face an uncertain future for U.S. income-tax policy, including one scenario that could send levies on dividends soaring.

During the presidency of George W. Bush, long-term dividend and capital-gains taxes were reduced to 15 percent.

President Barack Obama, backed by many congressional Democrats, wants to raise both rates to 20 percent for married couples earning more than $250,000 a year.

Further clouding the situation, if Congress fails to take any action, the old policy expires and dividends will again be treated as ordinary income and taxed at a rate of up to nearly 40 percent. Capital-gains taxes would go up to 20 percent. (more)
at 3:33 AM No comments: Links to this post

A Great Collapse. The U.S. economic and systemic solvency crises of the last two years are just precursors to a Great Collapse: a hyperinflationary great depression. Such will reflect a complete collapse in the purchasing power of the U.S. dollar, a collapse in the normal stream of U.S. commercial and economic activity, a collapse in the U.S. financial system as we know it, and a likely realignment of the U.S. political environment. The current U.S. financial markets, financial system and economy remain highly unstable and vulnerable to unexpected shocks. The Federal Reserve is dedicated to preventing deflation, to debasing the U.S. dollar. The results of those efforts are being seen in tentative selling pressures against the U.S. currency and in the rallying price of gold. (more) 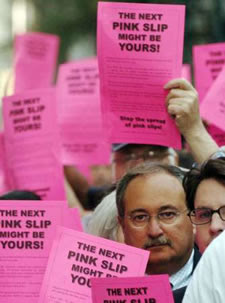 The "aristocracy of our moneyed incorporations" has never conceded a thing, not even to suppress a revolt. This "opulent minority" does not "give" what it does not intend to begin to claw back with its cold, non-living corporate "hand" before the ink is dry on the signatures on treaties, the Fourteenth Amendment, even the New Deal, perhaps the greatest bowl of gruel ever cooked up by an oligarchy. (more)
at 3:22 AM No comments: Links to this post

“The total number of Internet users in China grew by 86 million in 2009,” reports Frank Holmes with yet another large China-growth number, “a 29% increase year-over-year.”

“That’s well more than the entire population of the U.S. and Canada combined,” Frank points out. “Of that number, 90% have broadband connections, according to the China Internet Network Information Center (CNNIC).

“Nearly 30% of Chinese now use the Internet, and this sets the stage for explosive growth in the years ahead. Once Internet penetration in the U.S. reached 20%, it took just six years to get to 60%.

“Two of the biggest growth areas for commerce in 2009 were online banking and e-commerce. UTline jumped 78% last year. A recent McKinsey report says a significant number of Chinese consumers ages 18 to 44 won’t purchase a product or service without first researching it on the Web.

“As the Internet continues to expand its reach into the lives of Chinese people, keep an eye on how users leverage the technology to improve their living standards.” 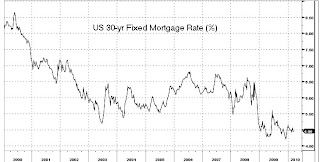