Got an idea for a Canadian TV show? Talk to James Farrell 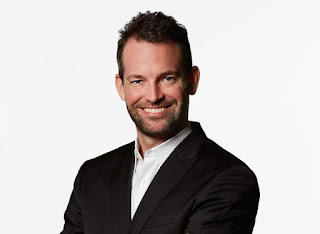 Got an idea for a Canadian TV show? Talk to this guy

James Farrell is a global broadcaster in the truest sense of the word.

In October, he was installed as the head of International Originals for Amazon Prime Video, responsible for developing content for the

Farrell’s appointment bodes well for Canadian show-runners. For one thing, he lived in Toronto for four years, as an executive at Sony television. And his wife is Canadian, so he has a deep understanding of the market. And he says he is intent on shining a light on some other sectors of the world, including Canada, where there are currently no Amazon Prime Originals.

“Unfortunately, there isn’t a short cut in the business. You don’t just show up somewhere and somebody tells you to buy this really awesome show,” says Farrell in an exclusive Canadian interview with the Star. “There are no shortage of good ideas globally. But you have to go knock on a few doors.”

Make no mistake: Farrell is a four star general in a streaming war between two mega-giants. In one corner the incumbent Netflix with more than 137 million subscribers, in the other corner Amazon with an estimated 100 million for Prime.

While Netflix is the market leader in this game, it is dwarfed by the resources of Amazon, the second most valuable company in the world, with a market capitalization more than five times that of

Netflix meanwhile is worth more than conventional North American media companies, including powerhouse Disney, which among other things, owns ABC. It also tied this year with HBO in most Emmy Awards for a broadcaster, signalling that streaming companies have become equals at the quality game.

Yet the battle is no longer with the bantam-weight division of ABC verses CBS or NBC.

The real heavyweight battle has gone global with the two streaming giants spending furiously to build scale. In the digital world everyone wants to be Google, not second place Yahoo, because they know how that story ends.

With Netflix, almost half of subscribers come from the U.S. Amazon does not provide figures for viewership, but analysts estimate the bulk of their subscribers are in America. So the world is the next frontier.

“It’s really empowering because the medium means that there are no limits to the programs we can put on,” says Farrell, speaking to the Star from Tokyo where he is currently based before relocating back to Los Angeles in the new year. “When you think about the conventional broadcast world there are only so many timeslots. You have your eight o’clock show. You have your 9 o’clock show. And there are only so many days in the week. This has really opened things up creatively and options wise where you can get a foreign show on, that people might not have considered only a few years earlier.”

Netflix so far has committed to spending an incredible $8 billion budget this year for domestic and international projects. Amazon has not been as aggressive, spending in the estimated $5-6 billion range, although that could change with Farrell at the helm and the new mandate. This is no idle threat. This was the game plan of Farrell’s boss Jeff Bezos, also known as the richest man in the world with a net worth of $150 billion, who grew Amazon into a behemoth by building scale at the expense of profit.

Now with Farrell onside, the war is heating up. Netflix is already spending big in Asia where Farrell has been based.

There he committed to more than 20 new shows in India. In Japan he greenlit more than 30 originals currently on the streamer, including the Japanese version of The Bachelor.

“In Japan we had a lot of male-skewing content and we needed something that skewed a little more female. And of course The Bachelor is one of the most successful formats,” says Farrell. That show has already produced one cross-over star Yuki Kimura, who has appeared on the North American versions of the franchise.

Japan and India were some of the first two markets to be developed because the retailer already had inroads and infrastructure into those markets.

And they are using that infrastructure and their vast resources to bring in expertise to ensure quality and get the markets up to speed.

“First of all, you don’t want to override the voice of the creator, that’s why we’re in those markets. You want that French voice, or that Indian voice. But there are times the production might need a top shelf editor from the UK, or the U.S. to tighten it up. Or they could use a writer with experience in that genre to make things better. We have the resources to do that.”

In November, Amazon Prime Video released the Indian crime drama Mirzapur, their third Indian Original. It follows on the heels of the cricket-themed Inside Edge, which was nominated for an International Emmy Award.

“India is famous for Bollywood and it has a great film community. But television on a daily fare is more akin to soap operas. We wanted to do television shows that had a feature film quality, that people really weren’t doing at the time,” says Farrell.

But what about Canada?

“I’m hoping somebody has an idea and gets in touch,” says Farrell. “We’re definitely on the look out. If there’s a program that can get Canadians engaged we want to find that show.”

Amazon does a lot of filming in Canada including American Gods, The Man in The High Castle, and Jack Ryan. But so far there is not a distinctively Canadian series based on a local character. Farrell has the power to change that.

“It’s not an exact science. This is open to any genre or demographic because our customers are very diverse,” says Farrell. “It’s super important that Canadians love this first. Will everyone in Canada love this? If you’re taking a taxi will you ask the person in the back seat if they saw the show? It will be something made for Canada that people are proud of and excited to watch.”

It’s a tall order. But for Canadian producers, Farrell has the Golden Ticket.