ON TAP THIS WEEK

“It’s here!” The first quarter earnings season begins in earnest this week with a customary kick-off from aluminum concern Alcoa (AA). Analysts expect profits of $0.11 versus the year-ago period’s slippery slope losses of -$0.59. For the SP-500, analysts expect Q1 to offer up investors its first period of double-digit revenue growth in nearly two years and prior to the Lehman fallout.

The start of the season, as is also typical, will be on the ultra-light side in terms of the number of companies actually reporting. However, this time around a handful of very influential and diversified names will be releasing results in week one.

As much, the Q1 season will be off to a bit faster start than usual with the possibility for some quick price and sentiment setting by investors. Highlights for the week include Intel (INTC) and CSX (CSX) Tuesday night, JP Morgan (JPM) Wednesday, Google (GOOG) Thursday evening and both BofA (BAC) and General Electric (GE) on Friday. (more)
at 3:32 AM No comments: Links to this post

Never judge a house by its tax bill. That's the lesson Don Newby, 65, is learning.
The construction manager from Gibbsboro, N.J., is paying boom-era property taxes on a home that has lost 20 percent of its value in the past three years. He blames the Gibbsboro tax authorities, who haven't reassessed property values in the town since 2003.

"That's absurd," says Newby, who pays $14,000 a year in taxes on a four-bedroom, bi-level modern house in the New Jersey township near Philadelphia. Newby, who was unemployed for a year after the economic collapse, says he believes the government is intentionally delaying new assessments to benefit from the lag as long as possible. (more)
at 3:25 AM No comments: Links to this post 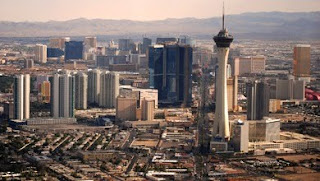 Miami boasts a popular South Beach club scene, Art Deco Architecture, and perhaps the best Cuban food in the country. But residents don't have much else to celebrate.

More than three years after the economy started its downward slide, the Miami metro area, like a handful of Sun Belt cities, still hasn't begun to recover. Median home prices in Miami have fallen 38% since its market peaked in the second quarter of 2007; the city's 11% unemployment rate is above the national average and has grown more than most of the 40 cities we surveyed. (more)

China's reputation as the global economy's factory has been called into question after it recorded a trade deficit for the first time in six years.

The country, which has leapfrogged Germany and Japan to become the world's second-biggest economy, imported more goods than it exported in March, according to figures released by the customs bureau.

The shortfall, which was far greater than expected by economists, will undermine US efforts to force China to release its currency, the yuan, from its dollar peg and allow it to appreciate.

The country pulled in $7.2bn (£4.7bn) more in goods than it pumped out – well above the consensus forecast for a $390m shortfall – as its export levels dropped in the wake of the Chinese New Year holiday. (more)

Interest Rates Have Nowhere to Go but Up

Even as prospects for the American economy brighten, consumers are about to face a new financial burden: a sustained period of rising interest rates.

That, economists say, is the inevitable outcome of the nation’s ballooning debt and the renewed prospect of inflation as the economy recovers from the depths of the recent recession.

The shift is sure to come as a shock to consumers whose spending habits were shaped by a historic 30-year decline in the cost of borrowing.

“Americans have assumed the roller coaster goes one way,” said Bill Gross, whose investment firm, Pimco, has taken part in a broad sell-off of government debt, which has pushed up interest rates. “It’s been a great thrill as rates descended, but now we face an extended climb.” (more)

The Dow's up but trades are scarce, worrying bulls

The Dow Jones industrial average briefly hit the milestone Friday for the first time in 18 months before closing at 10,997.

But Wall Street analysts who study key stock index levels say all the attention paid to 11,000 is more like a big distraction. They worry that investors are ignoring another number at their peril: The surprisingly low volume of trading. As stocks have risen over the past year, the volume reflects the vulnerability of a rally riding on the shoulders of relatively few participants.

And that's given pause even to the bulls.

"It worries a lot of us," says Wellington Shields' Frank Gretz, a technical analyst who specializes in pinpointing market levels at which stocks might suddenly rise or fall. He wonders whether the volume signals that the rally could soon peter out, like the big surges that preceded steep declines in the 1930s in the U.S. and in Japan more recently. (more)