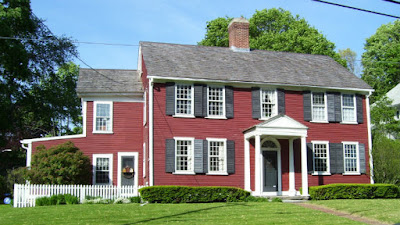 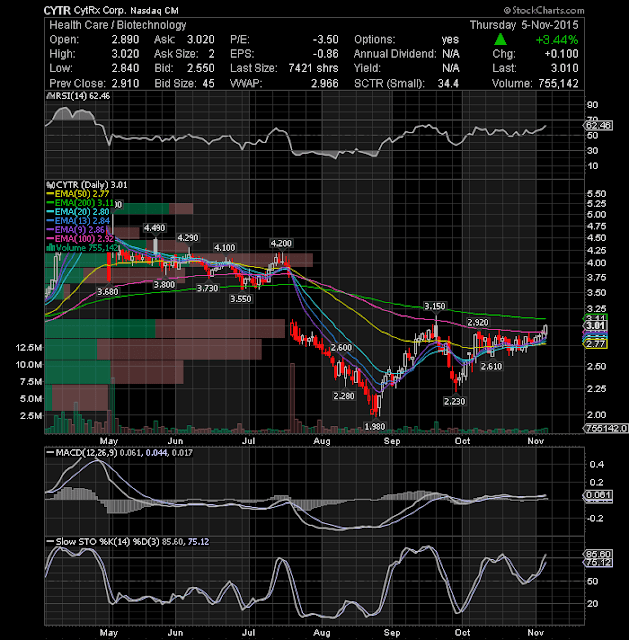 CytRx Corporation (NASDAQ:CYTR) Setting up a possible resistance breakout trade. Long over 3.11 (200EMA).
at 12:03 AM No comments: Links to this post

The AAII Investor Sentiment Survey measures the proportion of individual investors who are bullish, bearish, or neutral on the stock market over the upcoming six months. The last survey ended on November 4, and showed that 39 percent of individual investors were bullish on the market (down 1.4 percent since last week), while only 18.6 percent were bearish – down 2 percent. Interestingly enough, many investors (42.4 percent) were Neutral on the market over the next six months.
A few things to note:
While bullishness declines slightly this week, the magnitude was not substantial. 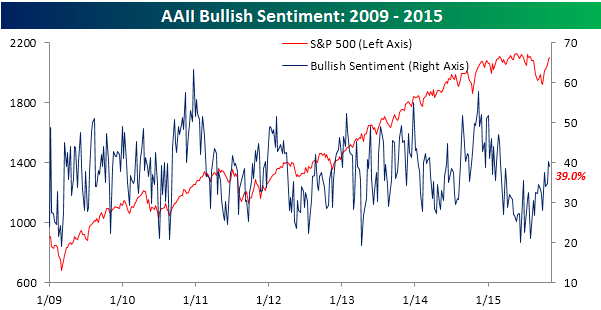 Source: Bespoke.com
Another issue to highlight is the fact that even though bullish sentiment tumbled, bearish sentiment saw an even larger decline, falling from 20.59 percent last week to 18.6 percent this week.
Analysts at Bespoke noticed that, “For bearish sentiment, this is the lowest reading we have seen in this measure since February 19th.  As shown in the chart below, the uptrend in bearish sentiment that had been in place for most of this year has now been fully broken.” 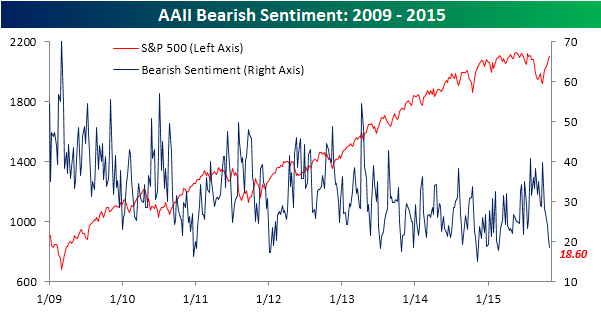