Fitch: The 10 Muni Bonds Most Likely to Default

The municipal bond market has been white-hot of late, with the Merrill Lynch long-term muni index returning 18 percent during the last year.

But many think the good times will soon end, thanks to the burgeoning budget crises in multiple states and cities.

Here are the 10 muni bonds Fitch Ratings rank the lowest, courtesy of CNBC.

33 states out of money to fund jobless benefits

With unemployment still at a severe high, a majority of states have drained their jobless benefit funds, forcing them to borrow billions from the federal government to help out-of-work Americans.

A total of 33 states and the Virgin Islands have depleted their funds and borrowed more than $38.7 billion to provide a safety net, according to a report released Thursday by the National Employment Law Project. Four others are at the brink of insolvency.

Debt-challenged California has borrowed the most, totaling more than $8.4 billion, followed by Michigan and New York, which have loans worth more than $3 billion. Nine other states have borrowed at least $1 billion from the federal government. (more)
at 3:25 AM No comments: Links to this post 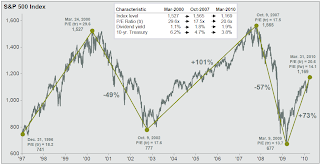 MSNBC Dylan Ratigan video: Federal Reserve is the greatest con and cover-up in US history

You know you’re being conned when the FBI reports that banks were responsible for 80% of the sub-prime criminal lending fraud, and then those same banks are rewarded with trillions of dollars from taxpayers with future guarantees of trillions more. You know you’re being played when the US Senate confirms that taxpayers lose $2 to $4 TRILLION every year from price manipulation yet continue to allow it. You know that you’re a sucker when the pinnacle con men from Goldman Sachs and the Fed rotate through the US Treasury Department’s “leadership.” (more)
at 3:12 AM No comments: Links to this post

An analysis by a primary dealer in the U.S. Treasuries market shows that domestic banks could account for a large increase in direct bidders for government debt.

The presence of direct bidders, one of three main categories of participants at Treasury auctions, has increased during recent auctions of securities.

Primary dealers, the banks and investment firms authorized to deal directly with the government and help the Federal Reserve carry out monetary policy, have fretted over the unpredictability of the direct bid, as well as the paucity of information on the identity of the bidders.

A report from Nomura Securities analyzing the Treasury Department's investor allotments and auction data theorizes that domestic banks account for part of the increase in direct bidders. (more)
at 3:11 AM No comments: Links to this post

Is the World's Second Biggest Economy On the Ropes?

Iceland has approximately the 101st biggest economy in the world.

Greece is somewhat bigger, with the 27th biggest economy.

When Iceland, Dubai and Greece tanked, that was horrible ... but not catastrophic.

Portugal - the 37th biggest economy - may be next. It would be horrible if Portugal tanks.

But Spain is also in real trouble. As the 9th biggest economy, a default by Spain could be major.

But none of these are in the same ballpark as Japan - the world's 2nd biggest economy. Only the U.S. is bigger.

So it is newsworthy that S & P cut Japan's sovereign credit rating in January. (more) 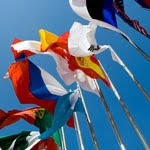 In a survey of readers on March 22, 2010, InternationalLiving.com found that nearly 96% of respondents said they are more likely to move out of the United States than they were last year.

More than 500,000 readers of the company’s free Daily E-letter were asked a single question: Are you more open to moving outside the United States than you were 12 months ago?

A stunning 95.6% of those who responded said they were now more willing to make the move and leave the U.S.

“We suspected from record attendance at our global conferences this year that something big was happening to attitudes in the U.S.,” said Jackie Flynn, publisher of InternationalLiving.com. (more)

Annual thermal coal contract prices have increased by 40 per cent following settlements between Xstrata, the Switzerland-based miner, and PT Bumi Resources of Indonesia with Japanese utilities.

The higher-than-expected price jump for the Japanese 2010-11 fiscal year, which started this month, is the latest sign of surging costs for bulk commodities on the back of strong Chinese demand.

Xstrata and PT Bumi, the world’s largest exporters of the coal used to fire power stations, said this week that they have signed annual contracts at $98 and $104 a tonne, respectively, up from last year’s settlement of $70 a tonne.

“This is not only good news for coal producers this year but, with the coal market likely to be tighter next year, contract prices in 2011 could be settled in excess of $100 a tonne from Australia,” Colin Hamilton, a commodities analyst at Macquarie in London, said in a note to clients.

Annual thermal coal contract prices hit an all-time high in 2008 of $125 a tonne.

PT Bumi traditionally obtains a higher price due to the lower shipping cost to Japan from Indonesia than from Australia and South Africa, where Xstrata mines the commodity.

The annual contracts are above current benchmark spot prices in Australia’s port of Newcastle of $94.9 a tonne and slightly above analysts’ forecast of a deal at about $90 a tonne.

The Australian thermal coal spot market hit a bottom of $61 a tonne in March 2008.

The surge in annual coal contract prices comes as China becomes an importer of the commodity for the first time.

Beijing bought overseas about 80m tonnes of thermal coal last year, a big U-turn from net exports of about 70m tonnes in 2005.

The Chinese thermal coal market has tightened on the back of a clampdown on illegal and unsafe mining, which forced the closure of hundreds of small mines in Shanxi province, the key coal-producing area.

Beijing’s shift has more than offset poor demand in Europe and the US, analysts and traders said.

India’s strong consumption is also helping to tighten the market. New Delhi imported about 70m tonnes of thermal coal this year, double the amount it bought overseas in 2007.

Although the thermal coal market moved to spot trading in the early 2000s, Xstrata and PT Bumi still maintain contracts with prices settled in annual negotiations. The market watches the talks because Japan is the world’s largest thermal coal importer. 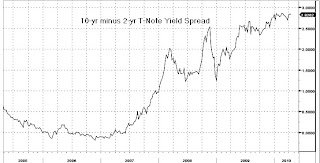