Last Month a Disaster for Commodities

I went to cir­cle back today to look at what has been among the weak­est areas of the mar­ket, and chart after chart came up in the com­mod­ity space. Here is a chart of the per­for­mance of the futures in var­i­ous mar­kets (mostly com­modi­ties) over the past month (via Fin­viz) and it's a mess. Iron­i­cally, nat­ural gas – the most hated com­mod­ity of most of the first quar­ter, was the stand­out. Rever­sion to mean trade. Coal is not listed, but that group looks as bad as solar stocks… ironic since the lat­ter was sup­posed to sup­plant the for­mer at some point. There is an in depth story on the sec­tor in the WSJ today as well.

Embry – This is One of the Greatest Statements of All-Time

With global stock markets tumbling, along with gold and silver, today King World News interviewed John Embry, Chief Investment Strategist of the $10 billion strong Sprott Asset Management. Embry discussed gold and other major markets, but first, here is what Embry had to say regarding recent derivatives turmoil: “This makes me very uncomfortable because I’ve always been very wary of the whole derivative situation. I believe the notional value of the outstanding derivatives is comfortably north of one quadrillion dollars. The Bank of International Settlements changed the definition, so they said there is only $700 trillion worth of them, rather than one quadrillion.”

Three reasons beating the market is so difficult

Most stock investors at one time or another have tried to “beat” the market because, well, we believe we can. Beating the market means your stock picks outperform the Standard & Poor’s 500 index, which is basically a proxy for the overall stock market.

The truth is that very few of us have the talent, discipline, analytical skills, knowledge or temperament to beat Mr. Market at his own game. About 80 percent of those who try — some four out of five — fail at it.

But that’s old news, and that statistic has been tossed around for years. I decided to dig a little deeper into why beating the market is so difficult.

So I contacted one of the few market experts who correctly predicted the housing implosion and derivative mess that almost took down the U.S. financial system. Barry Ritholtz, chief executive of Fusion IQ, a New York research and money management firm, told me investors face three formidable opponents when it comes to investing and beating the market. All are important, but pay special attention to No. 3. (more)

There are Huge Opportunities in this Misunderstood Sector

There's a big trade setting up in the market's most overlooked "boom and bust sector"...

Most investors don't realize it, but the entertainment industry is a lot like other "big potential" sectors of the market, like biotech or gold mining. When a small research firm or a little exploration outfit finds "the big one," shares can soar. The same is true in entertainment.

Just this week, Disney surged to a fresh all-time high.

Shares are up about 50% since October. And that's nothing compared to what can happen to a much smaller outfit... like Lions Gate Entertainment (LGF)... (more)
at 12:05 AM No comments:

Deutsche Bank is a target for bearish strategies

Deutsche Bank (NYSE:DB) – This global securities and bank holding company, headquartered in Germany, recently had its earnings downgraded by Wall Street analysts as problems in the European community increase. It was recommended as a stock to sell in our “Stocks To Sell In May” monthly report. Technically, the stock completed a dreaded head-and-shoulders top on May 2 as it broke the neck line at $42.50. Since the high at the head of the formation is at $52, the approximate target for the breakdown is $32, where it found support last September.

For speculators, DB is a candidate for a short sale. Check with your broker about margin and other shorting requirements, including whether the stock may be borrowed. Short sellers also should protect a position by entering a stop-loss order. Other bear-market strategies consisting of puts and other hedges should be explored.

Jim Rogers: "Volume Is Not Going To Come Back. We've Had A Great 30 Years. That's Finished!"

Jim Rogers is hedg­ing his gold (and sil­ver) posi­tions reflect­ing that this is nor­mal, fol­low­ing such a tremen­dous run, and that this is good for the pre­cious metal in the long-run. In his dis­cus­sion with Maria Bar­tiromo this after­noon, he notes India's anti-gold 'pro­tec­tion­ism' (and its poten­tial bal­ance of pay­ments issues) that are try­ing to force the hoard­ing into risky 'pro­duc­tive' assets (as oth­ers might say). The immutable com­mod­ity maven sug­gests JPMor­gan (and its peers) could be behind the drops in the over­all com­mod­ity com­plex as the uncer­tainty of their posi­tions (and liq­ui­da­tion poten­tial to raise cash as bank exam­in­ers begin their foren­sics) becomes more impor­tant. He holds the USD, which he hates; has a num­ber of equity shorts; and is most fear­ful of banks — specif­i­cally admit­ting he is a ser­ial seller of calls on JPMor­gan.

His advice, and per­haps Maria should look into it given their rat­ings recently, is to become a farmer; own farm­land; and spec­u­late on agri­cul­ture. On the dis­mal 'eth­i­cal' state of our lead­ers and man­age­ment, the thought­ful Rogers opines, "You can read world his­tory for decades. There are always peo­ple doing things wrong. We have not changed our human nature and we will con­tinue to have scan­dals and prob­lems" and in a follow-up to CNBC's stan­dard 'money-on-the-sidelines' argu­ment he crushes the money-honey's dreams: "Finance had a great 30 years. That's fin­ished. Now to advance, we have too many peo­ple, too many MBAs, too much lever­age and too many gov­ern­ments that don't like us". A must-see rebut­tal to the 'nor­mal' CNBC hopium with more on China's slow­down, a US reces­sion, Europe and a Greek exit, QE3, and 'tractors'.

Platinum to remain in surplus, palladium to move to deficit in 2012 – Johnson Matthey 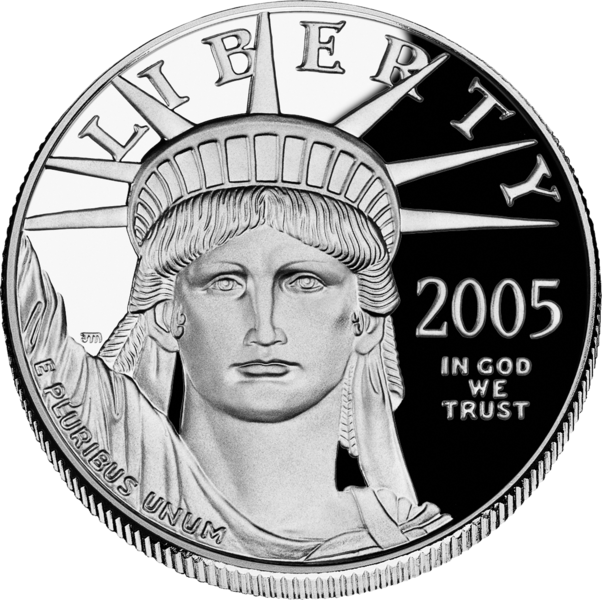 A look at the trends seen in the PGM market in 2011 and what Johnson Matthey expects in 2012.

GEOFF CANDY: I am joined now by Dr. Jonathan Butler, he is the publications manager at Johnson Matthey and they have just released their Platinum Survey 2012. In 2011,total demand for platinum rose 2% while supply rose to a four-year high, up 7% in total. What were there drivers behind those two moves?

JON BUTLER: The main reason that supply rose last year was a combination of higher output in SA and also a ramp up to full production at operations in Zimbabwe and also North America. And, its interesting, if we look at South Africa, because underlying production actually fell but, because of a drawdown of stock, that is refined and pipeline material toward the end of last year we actually saw output in total grow in South Africa. Which helped to move the market into a surplus last year.