Manhattan Rents Fall as Much as 9 Percent Amid Employment Cuts 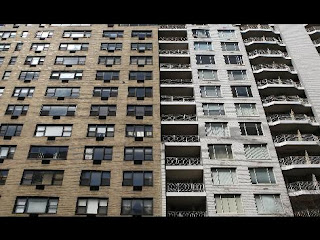 Manhattan apartment rents fell as much as 9 percent in October from a year earlier as unemployment cut demand and landlords lowered rates, according to Citi- Habitats Inc.

Average rents dropped for all apartment sizes and the vacancy rate rose 0.15 percentage point to 1.86 percent, the highest since November 2008, the New York-based property broker said today in a report.

“As soon as the economy shifted and people got laid off and got no bonuses, landlords had no choice but to reduce asking prices,” Gary Malin, president of Citi-Habitats, said in an interview. “We expect rents to decrease in the next few months and vacancy rates to creep upward.” (more)

Will China Eventually Own Africa?

China, which pledged this week to offer full assistance to Africa in agriculture and infrastructure, hard on the heels of a decision to extend US$10 billion over the next three years in concessional loans to the continent's countries, has garnered applause for its no-strings-attached foreign aid.

At the Forum on China-Africa Cooperation in the Egyptian resort of Sham el-Sheikh, Beijing's approach was held as an example for development worth emulating by countries around the world.

Brushing off accusations that its investment is denuding Africa of precious natural resources, China has pledged "going all-out" to help African countries overcome poverty and fight new threats like climate change. (more)
at 4:48 AM No comments: Links to this post

China Signals That It May Allow Currency to Rise Against Dollar

China sent its clearest signal yet that it was ready to allow yuan appreciation after an 18-month hiatus, saying on Wednesday it would consider major currencies, not just the dollar, in guiding the exchange rate.

In its third-quarter monetary policy report, the People's Bank of China departed from well-worn language on keeping the yuan "basically stable at a reasonable and balanced level." It hinted instead at a shift from an effective dollar peg that has been in place since the middle of last year.

"Following the principles of initiative, controllability and gradualism, with reference to international capital flows and changes in major currencies, we will improve the yuan exchange-rate formation mechanism," the central bank said in a 46-page monetary policy report. (more) 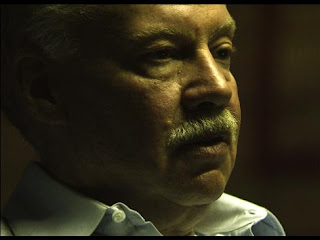 Ruppert, the subject of director Chris Smith’s documentary “Collapse,” warns that industrial civilization is headed for cataclysm as a burgeoning population relies on a dwindling supply of oil and our leaders stand idly by or, worse, actively hasten the disaster.

“The only thing that amazes me is the speed with which things are falling apart,” he says over the course of what amounts to an 80-minute interview, conducted in the basement of an abandoned Los Angeles meat-packing plant. (more)

The Middle East In Perspective: An Interview With Bernard Lewis

Bernard Lewis, is a British-American historian, Orientalist, and political commentator. He is the Cleveland E. Dodge Professor Emeritus of Near Eastern Studies at Princeton University. He specializes in the history of Islam and the interaction between Islam and the West, and is especially famous in academic circles for his works on the history of the Ottoman Empire.

Lewis is a widely-read expert on the Middle East, and is regarded as one of the West’s leading scholars of that region. His advice has been frequently sought by policymakers, including the former Bush administration. In the Encyclopedia of Historians and Historical Writing Martin Kramer, whose Ph.D. thesis was directed by Lewis, considered that, over a 60-year career, he has emerged as “the most influential postwar historian of Islam and the Middle East. Be sure to read Mr. Lewis’ book, The Crisis of Islam. Order through Amazon at: http://mcalvany.com/main/resources/books/

Posted in PodCasts | No Comments »

The global financial crisis began in Manhattan, and its effects are being felt far more strongly there than elsewhere. Mayor Michael Bloomberg says the situation is critical. Millions are fighting to keep their jobs. Is what is happening in New York today a harbinger of the fate of the rest of the world?

They still remember how things used to be. That's part of the problem. New York's heroes, the men and women who only yesterday considered themselves the knights and conquerors of Manhattan, remember all too well what New York was like in the 1970s -- the era before seven-figure salaries came to the Big Apple.

They remember -- and they see the signs. That's why they're afraid. (more)

Gold prices will dip in the short term, falling to $800 an ounce from current values around $1,100, says investment guru Marc Faber, author of the Gloom, Boom & Doom Report.

Commodities such as oil and gold have been rallying on a weak dollar, but that will change as prices must correct, he says.

Gold has soared as high a $1,111 mark, but Faber says those prices will slip while the dollar is due for a rebound, at least in the short term. (more)

Could the new Empire of Debt be… China?

The People’s Bank of China extended $37 billion in domestic loans in September, the bank reported today, bringing the total to $1.27 trillion in new loans in the first nine months of 2009. That’s a 136% increase from the same period last year. Total lending in China climbed to 140% of GDP by midyear, says a study by Pivot Capital Management.

It’s hard for us to tell what that really means for the Chinese. But generally speaking, doubling the amount of easy money in just one year tends to inflate a bubble or two. In the same report, the Chinese government said M2, a measure of money supply, rose a record 29% year over year in September.

Heh, here comes the money shot: “China is Dubai times 1,000, if not a million,” he said. “At some point, all of this (ill-advised) investment will come home to roost.” 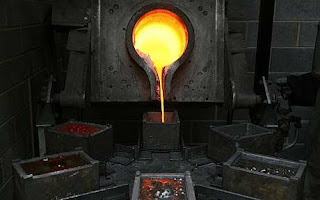 Aaron Regent, president of the Canadian gold giant, said that global output has been falling by roughly 1m ounces a year since the start of the decade. Total mine supply has dropped by 10pc as ore quality erodes, implying that the roaring bull market of the last eight years may have further to run.

"There is a strong case to be made that we are already at 'peak gold'," he told The Daily Telegraph at the RBC's annual gold conference in London.

"Production peaked around 2000 and it has been in decline ever since, and we forecast that decline to continue. It is increasingly difficult to find ore," he said. (more)

Massachusetts family of 6 lives off $4/wk for food