ShadowStats.com founder John Williams explains the risk of hyperinflation. Worst-case scenario? Rioting in the streets and devolution to a bartering s 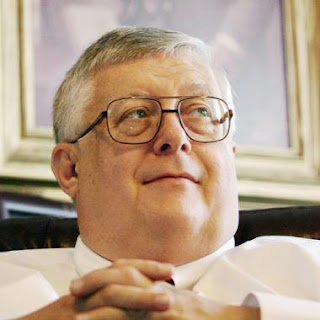 Do you believe everything the government tells you? Economist and statistician John Williams sure doesn't. Williams, who has consulted for individuals and Fortune 500 companies, now uncovers the truth behind the U.S. government's economic numbers on his Web site at ShadowStats.com. Williams says, over the last several decades, the feds have been infusing their data with optimistic biases to make the economy seem far rosier than it really is. His site reruns the numbers using the original methodology. What he found was not good.

Maymin: So we are technically bankrupt?

Williams: Yes, and when countries are in that state, what they usually do is rev up the printing presses and print the money they need to meet their obligations. And that creates inflation, hyperinflation, and makes the currency worthless. (more)

Goldman Sachs and Others Investigated for Betting Against Securities They Created

Betting against their own securities has prompted numerous investigations of Goldman Sachs and other Wall Street institutions. Prior to the financial collapse, Goldman and others figured out a way to package risky securities, such as subprime mortgages, and sell them to investors who were told they were buying sound investments. Little did the investors know that the firms selling the synthetic collateralized debt obligations (or CDOs) turned around and bet that the CDOs would fail—costing pension funds and insurance companies billions of dollars.

“The simultaneous selling of securities to customers and shorting them because they believed they were going to default is the most cynical use of credit information that I have ever seen,” Sylvain Raynes, an expert in structured finance at R & R Consulting in New York, told The New York Times. “When you buy protection against an event that you have a hand in causing, you are buying fire insurance on someone else’s house and then committing arson.” (more)
at 4:07 AM No comments:

Fannie and Freddie to Get Unlimited Aid…and Huge Executive Bonuses

The Obama administration made like Santa Claus just before the Christmas holiday, enlarging the potential bailout of mortgage giants Fannie Mae and Freddie Mac—and approving Wall Street-like compensation packages for their leaders. On Thursday, President Barack Obama unilaterally raised the $400 billion cap on emergency aid to the companies, which were heavily criticized for helping bring about the housing crisis.

Prior to the announcement by the White House, the Federal Housing Finance Agency approved $42 million in salaries and bonuses to the top 12 executives at Fannie Mae and Freddie Mac. Fannie Mae chief executive Michael J. Williams and Freddie Mac chief executive Charles Haldeman each will receive a base salary of $900,000 and bonuses and incentive payments of up to $5 million for running companies that might have collapsed had it not been for the federal government’s rescue in 2008. (more)
at 4:04 AM No comments:

S&P Retraces Half of its Losses 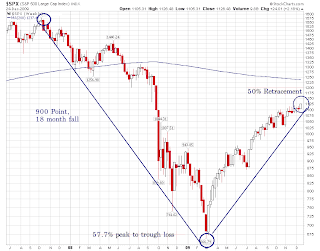 As the Barron’s Trader column points out:

“Enough traders watch this to turn it into a self-fulfilling prophecy: Failure at this key juncture foments doubt, but surmounting it will mean the stock market has recovered half of its bear-market losses, which might validate the recovery and beget more buying.”

Renminbi set to replace US dollar for trade in Asia Pacific

The Chinese renminbi is taking on an increased role in the Asia-Pacific region, and is expected over time to replace traditionally dominant currencies such as the US dollar and the euro for certain transactions.

Chinese government policy changes have enabled Asian corporates to settle trades with their Chinese counterparts in renminbi. And increased intra-Asian trading volume may lead Beijing to also consider allowing other trade-related insurance and derivatives denominated in renminbi to be done offshore, according to bankers and regulators in Hong Kong

Is This A Good Time To Get Back Into Gold And Mining Stocks With Your Money?

Please imagine a private room at a posh downtown restaurant. The guest list is invitation only and limited to the wealthiest clients of Bank Edmond de Rothschild, which specializes in private banking and wealth management. Rothschild is legendary with a reputation that has made the name synonymous with banking for several centuries. The family-owned bank has been passed down through generations and kept its reputation and solvency despite political turmoil, wars, persecutions, revolutions and market upheavals. It has done so with what the Rothschilds like to call "instinctive caution."

Two leading in-house experts were flown in to meet with the clients at the posh restaurant to deliver a year's end economic report and a look at what's ahead.

The title of the talk was "Back to Growth, But Not Yet Back to Health." (more)

GEITHNER'S SECOND WAVE MAY BE A TSUNAMI

"We're not going to have.... a second wave of financial crisis..... We'll do what is necessary to prevent that.......and that is completely within our capacity to prevent."

The above statement was made by Treasury Secretary Timothy Geithner when interviewed on NPR's "All Things Considered" program in the last few days.

Apart from the Treasury Secretary's dismal record to date, there are three problems with his statement: