Martin Armstrong – The Forecaster – Movie About His Life Coming Soon

Do you really live in the Land of the Free and the Home of the Brave? Check out Martin Armstrong’s story and then decide. The movie is coming out in Europe shortly. Here’s the trailer. People are fed up with the Government’s corruption and encroachment on individual rights. Government is collapsing now as a result of promising too much and now the bill has to be paid and there’s no money left to pay it.
Switzerland’s referendum is coming up and Martin believes that the danger of not passing it is more dangerous because it will result in the sale of the remainder of the Swiss gold reserves.
Big Bang coming in the Sovereign Debt Crisis in 2015.75 so watch out! The Euro is doomed. Once one of the weaker countries splits off, it’s over. The UK is being pushed away and this will trigger the crisis along with Japan’s crisis.
Our current pension system is based on the Roman pension system which was 20 years and out. It happened then and it’s happening now. The Romans had to cut back and we’re cutting back now. Rome was just Detroit on steroids.

Oil, Other Commodities Will Be in the Dumps for Another Decade 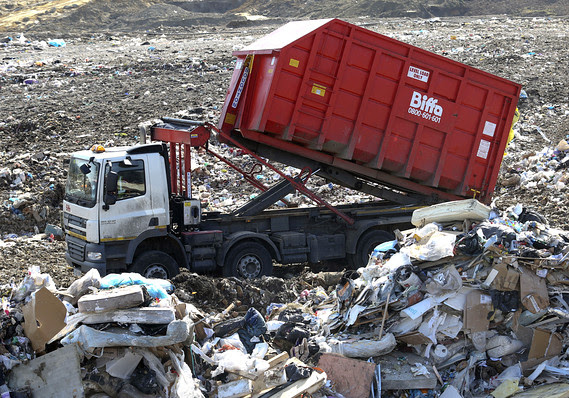 Remember the commodities supercycle, that seemingly endless 2000s commodities boom? It drove oil, gold, copper and other commodities to record levels.
The supercycle was driven by exploding demand from China and other emerging countries, supply bottlenecks caused by years of not developing wells and mines, and rock-bottom interest rates that inflated demand for hard assets all around the world.
But now gold, oil and other commodities are well off their peaks, so far off, in fact, and for so long that they can only be described as in a supercycle in reverse, or a secular bear market.
If that’s true — and I’m pretty sure it is — investors who piled in to commodities are in for a bruising decade ahead unless they take profits or cut their losses.
Continue Reading at MarketWatch.com…
Please share this article
at 12:04 AM No comments: Links to this post

The Chart of the Day: O'Reilly Automotive (ORLY) 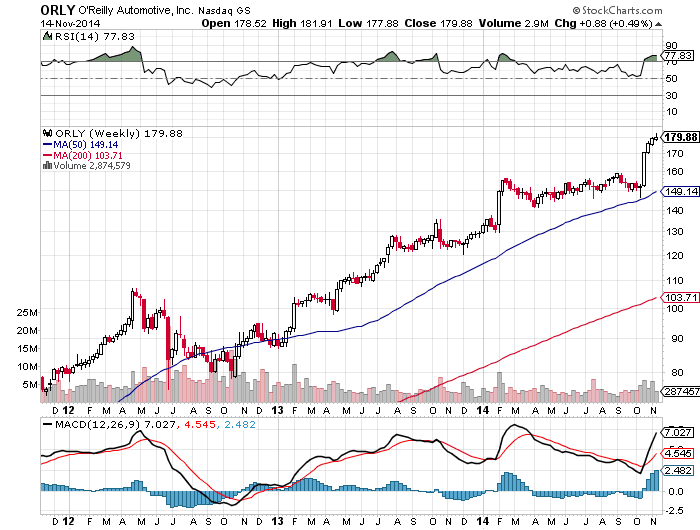 The Chart of the Day belongs to O'Reilly Automotive (ORLY).  I found the stock by sorting the All Time High list for the most frequent new highs in the last month then used the Flipchart feature to review the charts.  Since the Trend Spotter signaled a buy on 10/20 the stock gained 17.21%.

Laredo Petroleum, Inc. operates as an independent energy company in the United States. It focuses on the exploration, development, and acquisition of oil and natural gas properties primarily in the Permian region of west Texas. As of December 31, 2013, it had interests in the 202,084 net acres in the Permian Basin, and 50,000 net acres in the Dalhart Basin, Texas Panhandle, as well as had a total proved reserves of 203,615 thousand barrels of oil equivalent.
Take a look at the 1-year chart of Laredo (NYSE: LPI) below with my added notations: 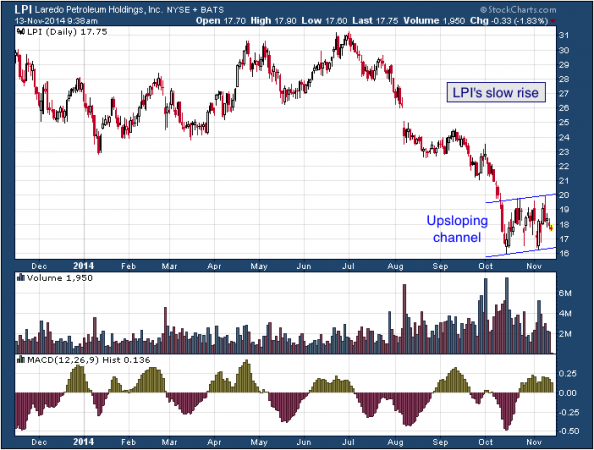 LPI has formed a relatively clear up-channel chart pattern over the last month. A channel is simply formed through the combination of a trend line support that runs parallel to a trend line resistance. When it comes to channels, remember that any (3) points can start the channel, but a 4th point or more confirms it. You can see that LPI has several points of channel resistance and support (blue).

The Tale of the Tape: LPI has formed a small up-channel. A long trade could be entered on a pullback down to the channel support, or on a break through the channel resistance, which is currently sitting near $20. Short opportunities would be on rallies up to channel resistance or on a break of channel support.
Please share this article
at 12:03 AM No comments: Links to this post

Earn 8% in Real Estate Without Being a Landlord: APTS, IRT 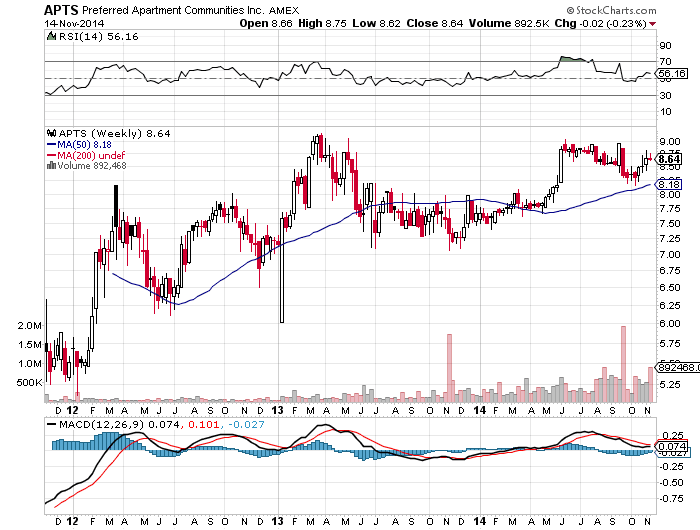 Back in July, I suggested that the financial situation of the so-called millennial generation was far more precarious than many thought.
Turns out, I was right.
In fact, according to Moody’s data cited in a recent Wall Street Journal article, the savings rate for adults under 35 is currently negative 2%, after having trended lower for the past several years.  (more)