A weaker dollar and the huge U.S. debt burden will fuel the rise, the former congressman told Newsmax.TV.

“As a U.S. citizen, I’d love to see the dollar be as strong as it can be. But excessive debt incurred by the government has caused long-term punishment for the dollar,” said Fossella, who represented New York's 13th Congressional district in the U.S. House of Representatives for 12 years, serving as the lone Republican from New York City. (more)

Fears of a double-dip recession and a sterling crisis in the run-up to the election were raised last night amid news of collapsing investment in British industry and a warning from one of the world's leading financiers that the pound could plummet within weeks.

The pound fell sharply on the foreign exchange markets after a day of grim economic news which saw an admission from RBS that it had missed government targets for business lending, a downgrading of the UK growth prospects by the European commission and a warning from the CBI that consumer spending was likely to remain weak ahead of polling day.

Sterling, already down by a cent against the dollar following the release of official figures showing capital expenditure plunging by almost a quarter between late 2008 and late 2009, saw its losses doubled after Jim Rogers, the former business partner of speculator George Soros, said sterling was a potential "basket case". (more)

Washington, D.C., February 24, 2010: Although only bankers are aware of it, there is a second wave of economic disaster starting to build up that will make the earlier one pale into insignificance. Let us start out with MERS, shall we?

MERS = Mortgage Electronic Registration Inc.holds approximately 60 million American mortgages and is a Delaware corporation whose sole shareholder is Mers Corp. MersCorp and its specified members have agreed to include the MERS corporate name on any mortgage that was executed in conjunction with any mortgage loan made by any member of MersCorp. Thus in place of the original lender being named as the mortgagee on the mortgage that is supposed to secure their loan, MERS is named as the “nominee” for the lender who actually loaned the money to the borrower. In other words MERS is really nothing more than a name that is used on the mortgage instrument in place of the actual lender. MERS’ primary function, therefore, is to act as a document custodian. MERS was created solely to simplify the process of transferring mortgages by avoiding the need to re-record liens – and pay county recorder filing fees – each time a loan is assigned. Instead, servicers record loans only once and MERS’ electronic system monitors transfers and facilitates the trading of notes. It has very conservatively estimated that as of February, 2010, over half of all new residential mortgage loans in the United States are registered with MERS and recorded in county recording offices in MERS’ name. (more)

Dominique Strauss-Kahn, the head of the International Monetary Fund, suggested Friday the organization might one day be called on to provide countries with a global reserve currency that would serve as an alternative to the U.S. dollar.

"That day has not yet come, but I think it is intellectually healthy to explore these kinds of ideas now," he said in a speech on the future mandate of the 186-nation Washington-based lending organization.

Strauss-Kahn said such an asset could be similar to but distinctly different from the IMF's special drawing rights, or SDRs, the accounting unit that countries use to hold funds within the IMF. It is based on a basket of major currencies.

He said having other alternatives to the dollar "would limit the extent to which the international monetary system as a whole depends on the policies and conditions of a single, albeit dominant, country." (more)

Are you ready for the Great Recession of 2011–2012? You should be, for it is getting under way even as you read this. Just as the 2009 “greatest economic crisis since the Great Depression” actually began back in 2007, so we are in the early days of the next cycle. Only this recession is going to be a doozy. And the aftershocks will be felt long after President Hillary Clinton leaves the White House in 2024.

The coming crisis should be no surprise, for we all have had plenty of advance warning. If it is a surprise, blame those chat-show economists who have become so politicized that they ignore the truths of their own science in order to acquire celebrity. Nor should we forget those politicians who deliberately suborn national interest for the security of zero-sum pork-barrel politicking. Combine it all with a news media largely made up of self-referential ignoramuses and it is small wonder that most of the world has been diverted as Dorothy was in Oz by the lightning bolts, explosions, and billowing smoke screen being generated by the men behind the curtain. The truth is our wizards dare not admit that the levers they pull are not really connected to the true crisis that confronts America or its place in the global market. (more) 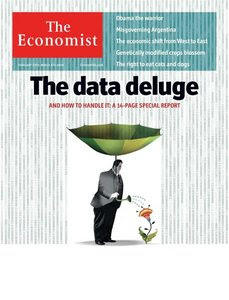 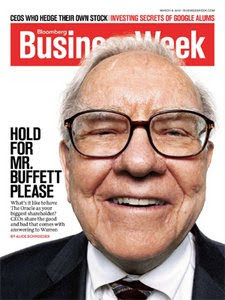 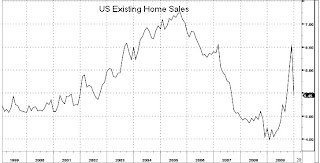 For more than 6 months I have been gathering data released daily by the COMEX concerning delivery notices and inventory levels of gold and silver. This data must be captured and recorded each day as there is no database of historical data available to the general public.

Studying data on a daily basis is not conducive to seeing the big picture so I have just completed a study of what can be discerned by looking at the entire 6 months of data. The results are very revealing.

First of all for those who are not familiar with the delivery process of the COMEX I will summarize some key information.

Only a small fraction of the contracts, less than 1%, that are bought or sold on COMEX ever go into the delivery process. The contracts are typically terminated by rolling them to a future month or by closing out the position (either selling a long contract or covering a short contract). (more)