How to get an 18% Yield from the Real Estate Recovery

I am a huge proponent of discovering macroeconomic trends and drilling down to find actionable investment ideas.

After identifying a trend, my next step is to look for confirmation with the big-money players. Are hedge funds and other institutional money backing this trend with their bullish bets? I have found that when the big money confirms the start of a macro trend, then there is explosive profit potential if I follow along.

And one of the most powerful macro trends of 2013 is well underway.

Hedge funds have seized upon this trend to the point of it becoming a major story in the financial media. This trend is the confluence of the recovering housing market and the steady change from a society based on homeownership to a "rentership" society.

And this is not just theory. The numbers are proving this trend is already in progress. For example, research firm Zelman & Associates has reported a 67% increase in single-family home rentals in Florida, Arizona and Nevada between 2005 and 2011. This includes a corresponding homeownership rate decrease to about 50% in Nevada. While these numbers are extreme, they reflect what is happening across our nation to differing degrees.

As the United States begins the shift into a "Renter Nation," home prices are rapidly rising in many regions of the country. San Francisco and Phoenix have seen home prices jump 22% from their lows, Las Vegas is up 11% and many cities in Florida has seen gains of 8% to 10% during the past several years. Overall, U.S. housing prices have climbed more than 5% since the bottom in October 2011.
These rising prices, although fantastic for existing homeowners who were able to weather the financial crisis, act as a deterrent to aspiring homeowners as prices spiral out of their economic grasp. This is what's fuelling the changeover to a "Renter Nation."  (more)

Are Higher Interest Rates the End of the World? 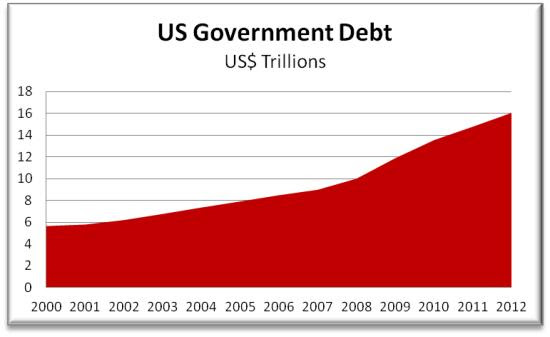 dollarcollapse.com / by John Rubino / January 22, 2013
It’s amazing what you can get used to if it just goes on long enough. Everyone with a family has experienced this personally, but it’s also true at the societal level, where one
decade’s impossibility becomes the next’s normal. Not so long ago, for instance, interest rates signified the amount by which a bank CD or bond would increase your wealth each year. But today’s rates are so low that most fixed income instruments are now functionally the same as a checking account, simply a place to park your spare cash until you need it – not an investment that will grow with time. Zero interest rate policy (ZIRP) has created a depressing, in some cases impoverishing “new normal” for savers and retirees.

But the opposite is true for governments, for whom borrowing used to lead to higher interest expense, which in turn widened budget deficits. That’s no longer the case. In recent years, rolling over existing paper as rates have fallen has actually lowered the interest expense of investment-grade countries. Consider the following two charts. The first shows US government debt nearly tripling since 2000. The second shows how much its interest expense has risen: Not at all.
READ MORE

The Entrance To The Second Phase Of The Gold Market Ascendancy


My Dear Extended Family,
Hyperinflation in the US dollar is considered impossible by some.

Some of this opinion is motivated by the concepts and implications of the reserve currency facing such a challenge. Others deny that historical experiences of hyperinflation has causes, which dismisses the present problems of the US dollar as possible contribution to a hyper-inflationary experience.

The first opinion seems a product of misplaced patriotism rather than hard analysis. This because reserve currencyin a reserve currency, even if reserve by default, has implications to the fiat monetary system that most analysts consider too extreme to even consider. That is the US smack of flag waving over logic.

The Weimar experience could have been different if the financial decision makers had been willing to suffer the pain of repayment over time and the attendant weight it would have placed on the economy. The decision to avoid the immediate pain of the cost of reparation via debasement of the currency is why the Weimar experience went into runaway hyperinflation.
READ MORE

13 Growth Stocks Trading for a Bargain

If you look out into the middle of the decade, then you can make the case for increasingly robust economic growth that could fuel heady top- and bottom-line gains in a number of sectors.
But we're not there yet.

Recent economic signs point to an eventual economic brightening, though there are enough boulders in the U.S. economy's path that could derail an economic expansion.

So perhaps it's wiser to focus on companies that are poised for solid growth in 2013. Out of all the of the companies in the S&P 500, 91 (or 18%) are expected to boost sales by at least 10% this year. And of those firms, 72 are expected to boost per-share profits by at least 15% in the coming year.
A cluster of them reside in sectors that have already received a great deal of investor attention recently, so they can't be seen as solid values in the context of projected 2013 results any more. Housing stocks, for example, fit into this category.

Instead, value investors may prefer to focus on stocks that have solid growth prospects, but sport forward price-to-earnings (P/E) multiples below the S&P 500 average of 15. Fewer than 20 companies in the S&P 500 sport these above-cited growth prospects, while trading for less than 15 times projected profits. Notably, roughly half of these stocks operate in the energy sector.

We've spent a lot of time at StreetAuthority looking at the revolutionary developments in the U.S. shale regions. The nation's new-found troves of natural gas are completely changing the nation's energy picture. But investors should understand that an energy boom is underway worldwide, from the coasts of South America and Africa to the Arctic Circle and the steppes of Kazakhstan. The spread of oil exploration beyond the traditional hubs of the Middle East explains why energy producers and service-equipment providers that have a global footprint are sporting solid growth metrics in 2013.

Global growth is in place for many energy stocks

Companies that toil in the energy sector have never garnered a high P/E ratio. That's because growth has tended to be erratic, with robust growth phases followed by industry downturns. Yet those downturns have proven to be short-lived, so the argument for a low multiple now seems less warranted. Take a look at the annual sales growth rate for energy-service provider Schlumberger (NYSE: SLB). Though the company has made some acquisitions that have boosted sales, organic growth has been quite solid as well. (more)

Embry: Gold Super-Spike To Be Dwarfed By The Mania In Silver

Today John Embry told King World News the coming Super-Spike in gold will be dwarfed by the mania in silver. Here is what Embry, who is chief investment strategist at Sprott Asset Management, had to say:  “Well, I’m focused on the inevitable rise in the gold and silver prices.  It’s obvious when you watch the trading that gold and silver are being aggressively restrained here.  This leads me to believe the central planners have some problems here and they don’t want the gold and silver prices to expose that.”

“What really terrifies the central planners is if gold and silver were to truly reflect what is really going on in the financial system, interest rates would rise significantly.  When this happens the debt load will be utterly unsustainable.  That’s their greatest fear.

I’m watching with great interest to see how long they are going to be successful at holding back the tide….
READ MORE 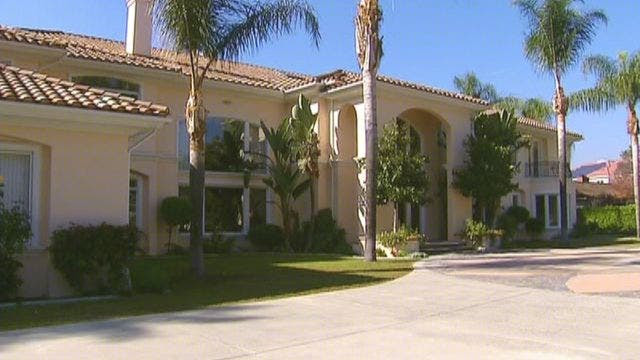 zerohedge.com / By Tyler Durden / January 22, 2013, 20:12
Back in September, we explained that when it comes to “boom” in US real estate, there are three key driving forces: i) the Fed’s monetization of mortgage backed securities whose impact however is at best to stabilize the demand floor (and judging by the recent collapse in refi activity even that is questionable), ii) an implicit subsidy as banks keep millions of units on their books (to get a sense of how much check out at the chart in “Six Month + Delinquent Mortgages Amount To More Than Half Of Bank of America’s Market Cap“) in some phase of the foreclosure process, and away from clearing in the market, and perhaps most importantly, iii) the fact that the NAR can legally launder offshore money courtesy of being exempt from anti-money laundering provisions. This allows billions in ill-gotten offshore cash, sourced primarily from Russia and China, to be “invested” in US real-estate, with no cost or pricing discrimation and without any questions asked from any authorities. Because, sure enough, the final result can be spun as a “boom” in real estate by the administration and the banks so very invested in reflating the housing bubble.

businessweek.com / By Kasper Viita / January 22, 2013
Everyone should keep gold in their portfolios as the precious metal will be able to offer value to investors even in a worst-case scenario, said Marc Faber, the publisher of the Gloom, Boom & Doom report.

“In the worst case scenario, in the systemic failure that I expect, it would still have some value,” Faber, who is also the founder and managing director of Marc Faber Ltd., said today at an event hosted by Evli Bank Oyj in Helsinki.

When “the system goes down,” and only plastic credit cards are left, “maybe then people will realize and go back to some gold-based system or such,” he said.
READ MORE


Please bookmark us
at 12:02 AM No comments: Links to this post