The recent rebound in oil should not be seen as a sign that the price has reached a bottom, influential investor Dennis Gartman told CNBC Tuesday, warning that $20 per barrel was "still possible."

"I actually doubt that we have (hit a bottom) what we've seen in the past week and a half or two weeks is a substantive rally from the lows but what is depressive to me is the fact that the carrying charge has not done what one would want to see the carrying charge do in a rally," Gartman, the author of the "Gartman Letter" told CNBC's "Worldwide Exchange" Tuesday.
"We've seen the market continue to have a large contango (where people are willing to pay more for a commodity at some point in the future than the actual expected price of the commodity) and crude continues to bid for storage," Gartman said.
Gartman illustrated his point with a reference to the oil storage hub in Cushing in Oklahoma where an estimated 2.3 million barrels of oil is stored in tanks , according to oil service company Genscape, and "huge numbers of ships out on the water" also being used to stockpile oil.
"In that environment it's very hard to think that this is anything more than a much-needed technical bounce and any further $1 or $2 rally in crude oil probably should be sold. I think the lows have not yet been seen and maybe $20 a barrel is still possible."
Gartman's comments come after Citigroup published a report on Monday stating that oil prices - which have fallen 50 percent from around $114 per barrel last June to currently trade around $57 - could fall as low as $20 per barrel .
"It's impossible to call a bottom point, which could, as a result of oversupply and the economics of storage, fall well below $40 a barrel for WTI, perhaps as low as the $20 range for a while," Citi's head of global commodities research Edward Morse said in the report Monday. "The recent rally in crude prices looks more like a head-fake than a sustainable turning point."
The comments come amid a number of reports that signal a slow recovery in oil markets. On Tuesday, the International Energy Agency said that while the rebound in prices of late showed there was "light at the end of the tunnel," it "could take years" for the market to rebalance .
Please share this article
at 12:04 AM No comments: Links to this post

The Canadian housing market – in charts 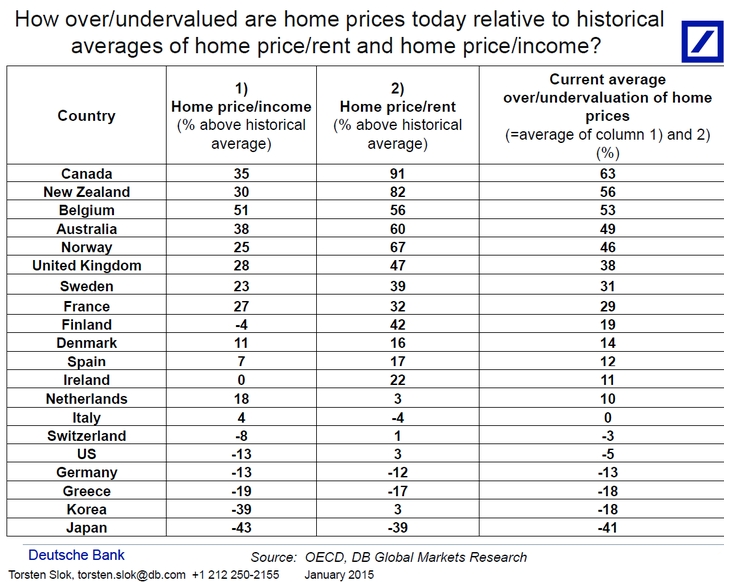 2) Home prices in Vancouver are more expensive than they are in Sydney, London, and New York…
READ MORE
Please share this article
at 12:03 AM No comments: Links to this post 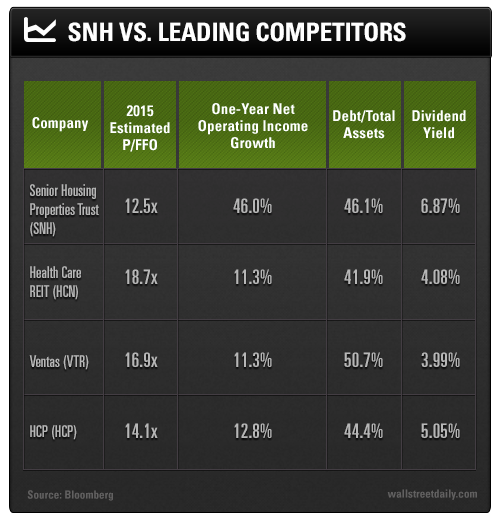 Wouldn’t it be nice to find a high-yielding investment that’s set to prosper from a powerful, long-term trend?
Such a prospect would be quite valuable in today’s challenging investing environment – especially given the dearth of real income opportunities.
While we’re at it, what if this firm was trading at a discount relative to its better-known competitors? (more)

The Companies Bob Moriarty Loves for the Long Term

by Karen Roche
The Gold Report 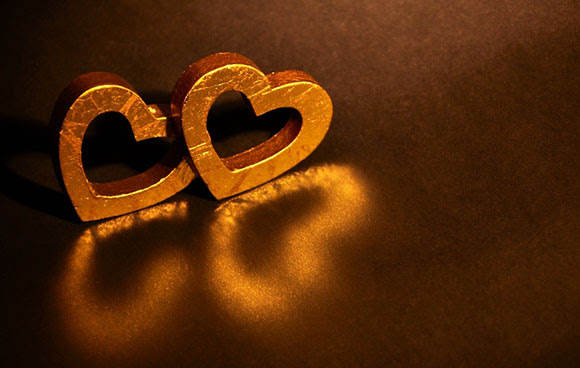 The rapid and massive response when the Swiss unpegged the franc from the euro will ripple across the hedge fund, brokerage and financial systems. It also will infect other currencies, according to Bob Moriarty of 321gold.com. Gold, he believes, will be the last man standing. In this interview, he tells The Gold Report where he is looking for love among midtier gold and silver stocks and explains why he has no love for overpaid CEOs.
The Gold Report: The Swiss National Bank surprised the world by unpegging the franc from the euro. You wrote that you suspect this will be identified as the beginning of the end and that when the derivatives market blows up, it will take down billions of dollars in hedge funds. Is this the beginning of the end of derivatives and hedge funds or the beginning of the end of something bigger?