Why the Next Stock Market Crash Will Happen Any Day Now 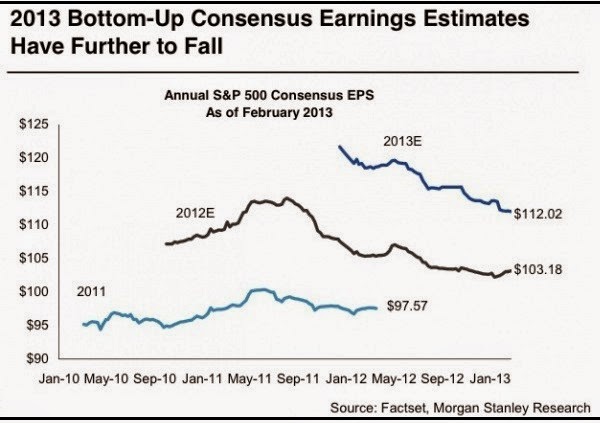 by Christian Hill, Money News:
There is overwhelming evidence that the next stock market crash could strike any day now, and a growing number of investors are turning to a noted economist to prepare for the “unthinkable.”
The message is clear: Despite the Dow hitting pre-crash highs, companies reporting positive earnings, and the financial media saying we are looking at the “beginning of a new bull market,” the stock market is on the verge of another historic collapse.
The evidence is in a group of charts released by some of the biggest names on Wall Street.
Individually, these charts may not mean much. But taken collectively, they are simply too much for any investor to ignore.
Read More @ MoneyNews.com

RBC: 4 Gold-Miner Stocks That Could Rise More Than 40 Percent

While gold has languished in a range of $1,250 to $1,350 an ounce for most of the last six months, Royal Bank of Canada sees opportunity among gold miner stocks.

According to a recent report obtained by 24/7 Wall St., RBC predicts four gold-miner stocks will gain more than 40 percent. The analysts rate all four as outperform.
Agnico, Barrick and Goldcorp also pay dividends.

As for the metal itself, gold hit a three-month low Wednesday.

"Political turmoil in various parts of the world that made gold attractive earlier this year seems to have eased, and now economics is overriding geopolitical events," Frank McGhee, head dealer at Integrated Brokerage Services, told Bloomberg.

"People are moving to the dollar, as the U.S. is emerging as the safe-haven economy."

"While gold may face further pressure in the current macro environment, a pick-up in physical demand would help stem the possibility for further losses," HSBC analysts said in a note, Reuters reported. "Physical demand appears light despite gold's price decline so far in the month."

The Power of the Pattern suggested that interest rates were about to blast off in May of 2013, because it looked like a bullish inverse head & shoulders pattern in yields was in play. (see post here) What happened right after that posting? Interest rates experience the largest 18-month rally in yields in the past 30-years, beating the next biggest rally by 50%! (see rate aberation here)

Could an even larger bullish inverse head & shoulders pattern in yields be taking shape? The Power of the Pattern suggests it could be possible, if a few other developments take place.

It appears that a larger inverse H&S pattern in the 10-year yield could be forming. What needs to happen to make this huge rate rally possible? First step is to break above falling resistance in yields that has formed as rates have fallen this year. If a break of that resistance takes place, the next huge step is to see if rates can break above very stiff & heavy resistance at the neckline of this potential bullish yield pattern.

Joe Friday says.....If it does push above the neckline, the "measure move projection in rates" suggests that the yield on the 10-year note could reach almost 7%.

Besides bonds (TLT), watch Utilities (XLU) and Real Estate (IYR) to see if these interest rates sensitive sectors reflect concerns about rising rates.
Please share this article
at 12:04 AM No comments: Links to this post 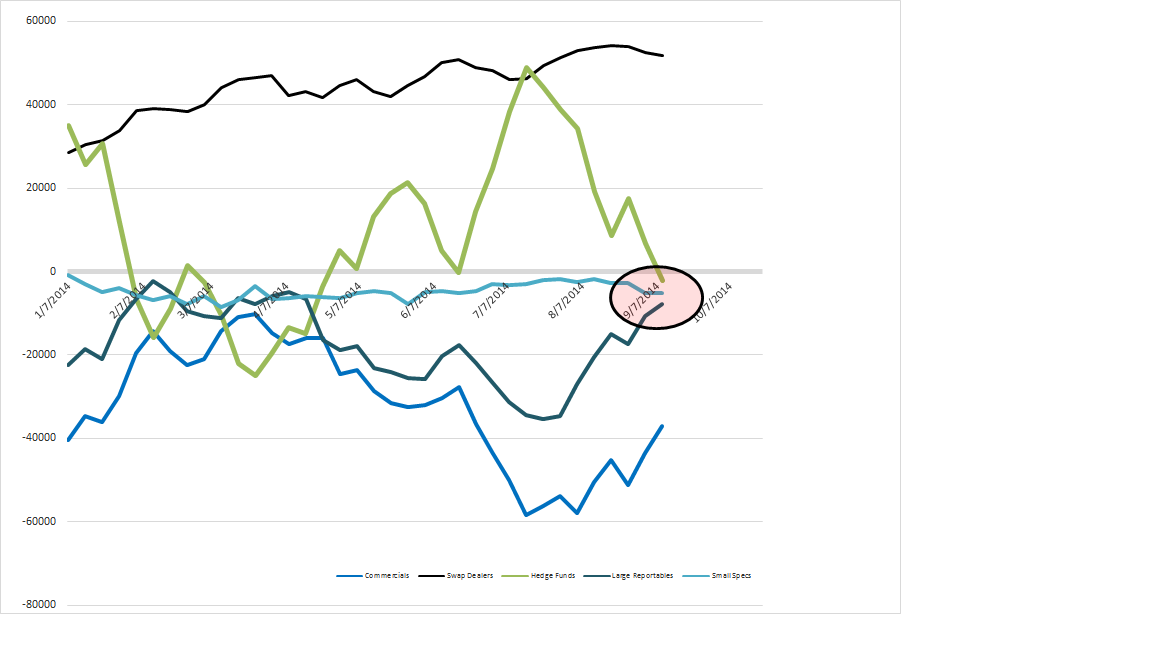 by Dan Norcini
Trader Dan Norcini
Here is a look at the current ( as of this Friday ) positioning of the players in the copper market. As the regular reader will already know, I pay very close attention to two key markets – Copper and Crude Oil, when trying to ascertain what the sentiment is of investors/traders towards overall economic growth.
[...] I recently posted a chart detailing the performance of the S&P 500 versus the Goldman Sachs Commodity Index showing the vast underperformance of the commodity sector against equities in general. My conclusion, based on that chart, was that global growth was mediocre at best and that stock market strength is more a function of Yield Chasing by speculative forces in a near Zero interest rate environment rather than evidence of a robust growing economy.
Continue Reading at TraderDanNorcini.Blogspot.ca…
Please share this article
at 12:03 AM No comments: Links to this post

kingworldnews.com / September 12, 2014
Today King World News is featuring a piece by a man whose recently released masterpiece has been praised around the world, and also recognized as some of the most unique work in the gold market.  Below is the latest exclusive KWN piece by Ronald-Peter Stoferle of Incrementum AG out of Liechtenstein.
By Ronald-Peter Stoferle, Incrementum AG Liechtenstein

September 12 (King World News) – World To Enter Second Terrifying 2008-Style Global Meltdown
STAGFLATION ahead?
The following illustration places the current economic situation in an inflation matrix and explicates possible developments. It shows possible scenarios based on different growth and inflation rates.
READ MORE
Please share this article
at 12:03 AM No comments: Links to this post

Rates Rise By The Tiniest Amount, And This Happens...

Day after day we are told, just wait for rates to rise ("which they 'have' to because economic growth is so strong") and stocks will take off into the next leg of exuberance... why else would the Fed end QE and start more hawkish discussions? (aside from the fact they truly fear broken repo, exuberant markets, and lethargic politicians). Be careful what you wish for... Mortgage rates rose last week, back to the same level they have been at for 3-months, and refinancing activity (adjusted for holidays) collapsed to its lowest since 2008... and home purchase activity tumble back towards 20-year lows.
Rates up... mortgage activity collapses...

Furthermore, despite record highs in US equity prices - which must mean the economy and confidence is soaring, right? Home purchase activity plunged back to near 20-year lows...