The Japanese Yen Is Still 80% Over-Valued

zerohedge.com / By Tyler Durden / February 18, 2013, 12:42
In the 40 years or so since the end of the Bretton Woods system, we have seen competitive devaluations occur again and again. However as SocGen notes, it appears Japan just keeps coming out on the losing side. Based on Real Effective Exchange Rates (REER), Japan’s currency is 80% stronger now than in 1971 while the US (and South Korea interestingly) are about 40% weaker.

READ MORE
Please bookmark us
at 12:07 AM No comments: Links to this post

While the Western press is fixated on both recent North Korean nuclear tests and Beijing’s recent skirmishes with Japan over the Senkaku (“Diaoyu” in Chinese) islands, other maritime issues have developed further south, where China is involved in sovereignty disputes over the Spratly islands’ 750 islands, islets, atolls, cays and outcroppings with the Philippines, Taiwan, Vietnam, Malaysia and Brunei.
Beijing is bolstering its claims with ancient Chinese maps, despite the 2002 “Declaration on the Conduct of Parties in the South China Sea,” designed to ease tensions over the archipelago.
Read More @ OilPrice.com

The 2008 financial crisis cost the U.S. economy more than $22 trillion, a study by the Government Accountability Office published Thursday said.
“The 2007-2009 financial crisis, like past financial crises, was associated with not only a steep decline in output but also the most severe economic downturn since the Great Depression of the 1930s,” the report read. The toll on economic output may be as much a $13 trillion—an amount equal to a year’s GDP.
The report was published as part of a cost-benefit analysis of the Dodd-Frank financial reform law of 2010. The office tried to determine whether the costs of implementing that law would be greater or lesser than that of another economic crisis.
Continue Reading at TruthDig.com…

Martin Armstrong – Patience Is A Virtue In The Precious Metals Market 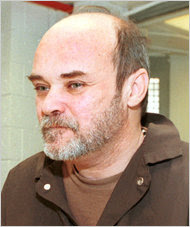 When it comes to figuring out what’s going on in the debt, currency and precious metals markets, no one is better informed or more insightful than Martin Armstrong. He’s lost his freedom in pursuit of finding out the truth. Now he believes that everyone in the precious metals community, the long term buyers, are correct–just not now. With Europe and Japan heading straight down the drain, it could be several years before the dollars circles down after them. But there is no doubt that the current course is unsustainable and that the politicians don’t have a clue. But there’s nothing new there. The politicians are always clueless, so why should this time be different?

Click Here to Listen to the Audio
Please bookmark us
at 12:03 AM No comments: Links to this post