Gold, Silver, and PM Stocks Bottomed, but Was This Really the Final Bottom? 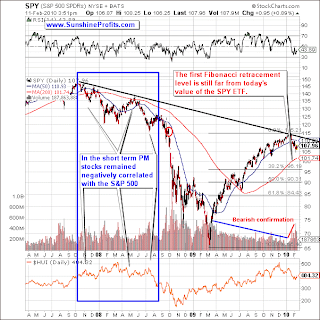 It was exactly a week ago when precious metals and main stock indices formed a bottom and provided a favorable entry point for all willing to participate in the next move up in the metals. Consequently we've sent out a Market Alert, and our Subscribers were able to get back on the market during Monday's decline (with prices lower than there were at the end of the session on Friday). While it may seem that the worst is behind us, we still believe one needs to keep an eye on the situation in case it turns around in a flash - especially, if the general stock market is to move much lower from here. (more)
at 3:39 AM No comments:

“They have basically encouraged people to buy houses based on cheap mortgages,” Jarislowsky, 84, said in a telephone interview from Montreal. “That has created the opposite effect of what was desirable.”

Canadian home prices and resales will grow to records this year, boosted by low interest rates, the Canadian Real Estate Association said in a report this week. Canadian new-home prices rose 0.4 percent in December from the previous month, the sixth straight gain, government figures showed yesterday. (more)
at 3:31 AM No comments:

The euro, already under pressure, came under renewed attack Monday as a French bank speculated that the currency union would inevitably collapse.

Meanwhile, a former chief economist of the European Central Bank warned that a bailout for member country Greece could damage the euro's credibility.

Société Générale strategist Albert Edwards warned investors that any help given to Greece merely “delays the inevitable break-up of the euro zone,” while former European Central Bank Chief Economist Otmar Issing, in a Financial Times piece, said bailing out Greece would be a “major blow” to the currency.

“The viability of the whole framework — nothing less — is at stake,” wrote Issing. (more)
at 3:30 AM No comments: 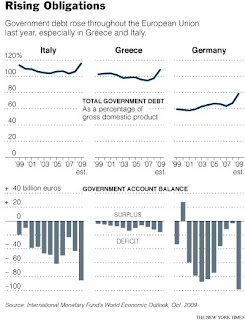 Wall Street tactics akin to the ones that fostered subprime mortgages in America have worsened the financial crisis shaking Greece and undermining the euro by enabling European governments to hide their mounting debts.

As worries over Greece rattle world markets, records and interviews show that with Wall Street’s help, the nation engaged in a decade-long effort to skirt European debt limits. One deal created by Goldman Sachs helped obscure billions in debt from the budget overseers in Brussels.

Even as the crisis was nearing the flashpoint, banks were searching for ways to help Greece forestall the day of reckoning. In early November — three months before Athens became the epicenter of global financial anxiety — a team from Goldman Sachs arrived in the ancient city with a very modern proposition for a government struggling to pay its bills, according to two people who were briefed on the meeting. (more)

The Federal Reserve is poised to turn off a major money spigot that has helped sustain the ailing real estate sector, as an extraordinary program under which the Fed has pumped $1.25 trillion into the mortgage market is slated to end March 31.

"Housing has been on government life support, and without it the crash would have been much more severe," said Mark Zandi, chief economist with Moody's Economy.com in Pennsylvania. "This spring and summer as those policy efforts unwind, we most likely will see mortgage rates move higher and more house-price declines."

Rather than being held by banks, today's mortgages are sliced, diced and resold on Wall Street to create liquidity - money that then can be lent in more mortgages. After the credit crunch beginning in the fall of 2008, investors lost their appetite for these mortgage-backed securities, so the Federal Reserve stepped in to purchase them to ensure that money would keep flowing to home purchasers. (more)

The White House Council of Economic Advisers released its Economic Report to the President on Thursday, outlining the administration’s economic projections and policies. The report shows that the White House is expecting mass unemployment to continue for years, with only minor decreases from the current rate of nearly 10 percent through 2012.

According to the report, the official unemployment rate—which does not include those who have given up looking for work—will remain at 10 percent this year, slightly higher than its current 9.7 percent. In 2011, it is expected to fall to 9.2 percent, and in 2012 to 8.2 percent. Official unemployment is not expected to fall below 6 percent until 2015, and will remain above 5 percent through 2020. 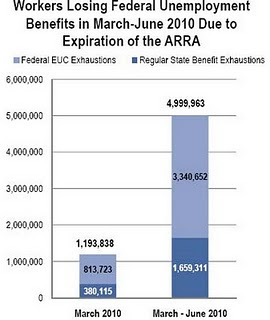 Back in December, the qualification dates for existing tiers of unemployment benefits were extended for an additional two months. Time is up at the end of February.

Now another extension is needed or millions of workers will lose benefits over the next few months.

The National Employment Law Project (NELP) released a new report last week showing that ... (more)
at 3:20 AM No comments:

Struggling towns printing their own cash

Last year, two Detroit tavern owners were sitting at the bar, sampling their beverages and bemoaning the local economy -- no one in the city had cash, and when they did, they spent it in the suburbs. Then the pair hit on a solution: Print their own money.

It is, after all, perfectly legal for anyone to issue currency, as long as it doesn't look too much like a U.S. dollar. Thus was born the Detroit cheer, a local scrip accepted by a handful of city businesses, including a pizzeria, an electrician and a doggy day care center.

Residents can also exchange it at a few area bars for greenbacks, but the cheer is vastly more colorful. It features a chiseled, naked Greco-Roman superhero (the Spirit of Detroit) towering Godzilla-like over the city skyline, cupping a tiny family in one hand and a sunburst representing God in the other. He's a lot more fun than George Washington. (more)

Mainstream MarketWatch: Prepare for the End of America 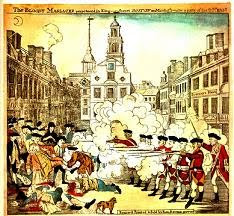 Mainstream financial news source MarketWatch is telling Americans to prepare for the worst, the end of America. In their article, "How to invest for a global-debt-bomb explosion," not only do they talk about the coming total economic collapse but they admit that there is a cabal of elite who are orchestrating it. Author of the article, Paul Farrell, extends the view as if it is widely accepted, that there is a "Happy Conspiracy" of global elitists who are operating behind the scenes to create a coming major economic disaster. The article encourages people to prepare by stockpiling necessities because a 2nd American Revolution is imminent.

A mainstream news source owned by Rupert Murdock is parading the view that the U.S. will soon enter into a 2nd Revolution. What in the world is going on here? Be very aware people. When this information is front loaded into mainstream consciousness, it is a strong indication that the powers are getting ready for another false flag attack. It is a good idea to be prepared but also understand this is what the elites want. In order to instigate a violent fight with the freedom movement some government agent acting as a 9-11 truther may be used as a patsy. Every draconian law is now in place for the next emergency. We're only one false flag attack away from total marshal law in the U.S. It will appear that the tyrants have not fired the first shot. Help expose the truth! (more)
at 3:16 AM No comments: