Something Odd is happening with the Banks in Europe and exchanges

Email sent out by Roger Weigand (Trader Rog) to David Morgan (Silver-Investor) - Something Odd is happening with the Banks in Europe and exchanges Today 12/24/11. 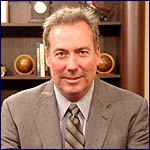 David Morgan of Silver-Investor.com
sent me an email today from Roger Weigand of WeBeatthestreet.com . Roger Weigand 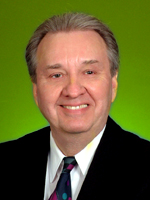 Both of them are metals experts and always keep their eyes on what is happening in the investment area of metals and mining.

I have had the pleasure of interviewing both previously about the "Red Alert" email regarding the plans of confiscating metals by the government, for the IMF and One World Currency. fyi - Roger has communicated with me that I could post the email here.


It seems something is going down with the banks in Europe today. Here is Roger's email sent out to other experts in the metals (Gold and Silver) field.

Here is the email:


Trader Tracks Situational Alert Saturday, 12-24-11 -Christmas Eve at 740am PST - roger wiegand -Traderrog:
"We have received a report of unusual banking activity. Banking screens on 138 different currencies are show 00.000. Some rate fluctuations are beginning to appear. There have been no answers on this activity but banks have been notified to expect a large change in currency rates." (quote not attributed to protect the source).

In our view, what is happening is a massive devaluation in probably the Euro Currency relative to the values versus individual nations. The ECB loaned over $600 Billion (produced out of thin air with no collateral) last week to European Central Bank Member Nations. We think this next step is to re-configure the values of the Euro within each member country.

Obviously the little broken ones like Greece, Portugal and Ireland will be de-valued MORE relative to Germany and France. Last report we got said the consortium of countries amounted to 27 total. The B.I.S., the Bank for International Settlements in Basel, Switzerland is the bankers' bank. The BIS is very secret about their work and activities. They are probably the orchestra leader in this event.

We also noticed later Friday that the ECB is taking a $40 Million dollar lease in a New York City Building. Are they moving the whole headquarters from Brussels, or is this a newer and bigger expansion of the ECB? I think its an expansion and the IMF is fin charge for sure in charge. The IMF is gathering cash from member nations to cover their activities in propping-up Europe and who knows who else. This is all part of the grand scheme moving to a One World Government and One World Currency.

After Obama is re-elected next year, we forecast a larger expansion of demonstrations not only throughout the world but in major cities in the USA. The calls for impeachment will reach new screaming levels after the dirtiest political campaign in history. There will be lawsuits and re-calls with lots of voter fixing and tampering. We think Romney is the GOP candidate and he will not have one chance in a one million to be elected.

Someone has filed a $1 Trillion Dollar lawsuit in this mess and there is a lock-down on information relative to the suit and to the impending (we think) devaluation. It is obvious to us that this is being done over the Christmas holiday so markets cannot react as they are closed. Many will not open until next Tuesday after the designated Monday, Christmas holiday in the USA.

If my prognosis is correct, this could be a real market mover and perhaps a real market shocker. If I am correct in my surmising what these people are doing, precious metals might rally in a vicious snap-back valuation on fear and security. Gold and silver are being technically pressured to the high side anyway. If this event proves to be true, hang on to your hat. I would not be trading anything but watching first to see what markets do in Asia on Monday evening on Bloomberg in America. -Traderrog
at 12:08 AM No comments: Links to this post

Could all this be True? One Trillion Lawsuit from "The Dragon Family" against Fed Reserve?

I read about this a couple of days ago and it keeps coming up where I go on the internet, so I thought it was time to write about it.

If you aren't aware, there was a One Trillion dollar lawsuit filed in New York, it is against the Federal Reserve.

It was first published on the Courthouse News Service, which is a site that puts out information for lawyers etc.

I have not ever followed David Wilcock before but he has an article up about it and he is now saying he has gotten death threats for putting it out to the public more.

There is a lot of information on his site about it, including screen shots etc and videos where FOX news discussed all the U.S. bonds confiscated in Italy. I remember that story very well in fact and it was splashed across the news and then there was silence and nothing more has been disclosed about it.

Here is the FOX news story about the bonds that is also on Wilcock's site:


So could the whole financial system come crashing down due to this lawsuit being real?

I find it very interesting and hopefully will be able to find continuing information about it as time goes by to keep watching what is happening with it.