Oil prices have tumbled this morning ahead of the Baker Hughes rig count data but algos bounced them after the pace of oil rig count decline slowed further. For an unprecedented 21st week in a row, the US total rig count declined this week (down 27 to 905).  Oil rigs fell 24 to 679 for the fastest total collapse in rig counts in history (down over 57% in 21 weeks). This is afaster pace of decline than the previous week for total rigs but a slower pace of decline for oil rigs.
If lagged oil prices are any historical guide then the decline is due to stall very soon…

Oil Rig count decline is slowing…
READ MORE
Please share this article
at 12:03 AM No comments:

Biotech iShares (NASDAQ:IBB): Investors Are Jumping off the Biotech Bandwagon, Here’s What to Do Now

Wait– is that the sound of that famous biotech bubble finally popping?
Can’t say, dude. But biotechs are definitely losing steam these days, and the worst could be yet to come. Today, I’ll show you exactly what to do about it…
We took profits on our big biotech trade earlier this month, booking double-digit gains on Biotech iShares (NASDAQ:IBB). IBB thundered nearly 21% higher year-to-date while the S&P 500 was only up about 2%.
But we didn’t pick up our marbles and go home because we thought the biotech boom was out of fuel. We just thought our trade was getting a little ahead of itself, that it might need a breather before heading north again. Big difference.
Continue Reading at DailyReckoning.com… 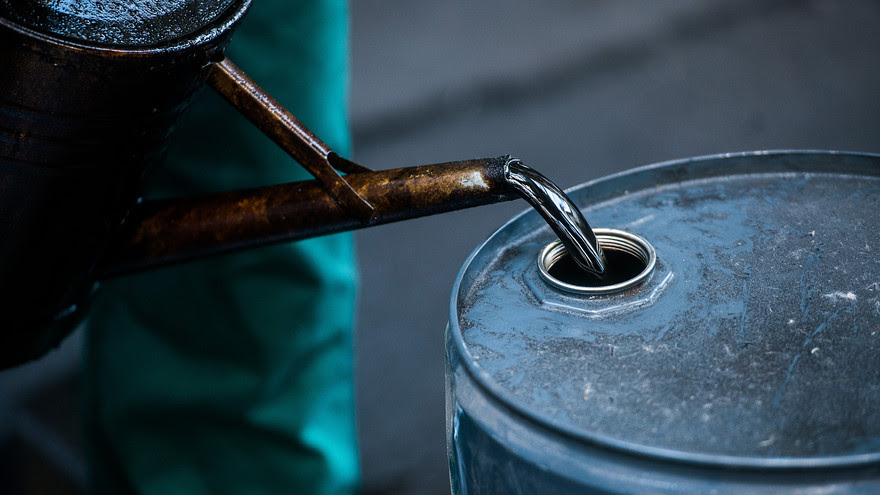 U.S. crude supplies have stood at a record high since January, with little hope for a reprieve from the 46% price drop the market suffered in 2014.
Crude supplies remain at a record, but the outlook for the market is starting to improve as the number of U.S. rigs actively drilling for oil continue to fall, supplies at the nation’s storage hub begin to drop and tensions in the Middle East raise concerns over the potential disruptions to global supplies.
Here are 4 charts that show oil’s improving outlook:
Continue Reading at MarketWatch.com…

After years of forecasting gloom and doom for stocks only to watch them surge, Marc Faber is sounding the alarm as loud as ever.
Faber, editor of The Gloom, Boom & Doom Report, believes that stocks in the U.S. and in many places around the globe are in a central bank-fueled bubble. And while he can’t put a time on when that perceived bubble will pop, he prognosticates that once it does, the outcome will be horrifying.
“For the last two years, I’ve been thinking that U.S. stocks are due for a correction,” Faber said Wednesday on CNBC’s “Trading Nation.” “But I always say a bubble is a bubble, and if there’s no correction, the market will go up, and one day it will go down, big time.”
“The market is in a position where it’s not just going to be a 10 percent correction. Maybe it first goes up a bit further, but when it comes, it will be 30 percent or 40 percent minimum!” Faber asserted.
Continue Reading at CNBC.com…
Please share this article
at 12:03 AM No comments:

How To Find Stocks For A Quick Upside Pop (HOT, LVLT, VRX)

Here I  show you a quick and easy way to find stocks that are really moving and that you can catch for quick pop on the upside. It’s not difficult, anyone can do this with just a few mouse clicks (I show in video at end).
I found 3 stocks today (HOT, LVLT, VRX) that I like and I want to share those 3 stocks with you right now.
The first stock I found was Starwood Hotels & Resorts Worldwide Inc. (NYSE:HOT) currently trading  near 87.00.  (more)

Select Sands (SNS-TSXv): Texas Oil Producers are Drooling Over This

And Select Sands (SNS-TSXv) has a superb location for its new Tier 1 frac sand deposit in Arkansas—almost right over top of the Fayatteville Shale, and 650 rail miles closer to Texas than Wisconsin, where almost all the other Tier 1 sand is produced in North America.

Even before he is in production, CEO Rasool Mohammad says his phone is ringing constantly as both energy producers and OilField Services (OFS) companies are calling to ask about his new deposit—called Sandtown.  He has literally been offered contracts before he can deliver any product.

That’s how desperate the Market is for high quality Tier 1 frac sand close to Texas.  Frac sand is the #1 reason well productivity continues to increase in North America.

In August 2013 Whiting and EOG experimented with using short wide fracks—and basically doubling the amount of sand per well—instead of long skinny fracks.  This new method increased production dramatically then, and producers are still—almost two years later—increasing the amount of sand they use per well.  Frac sand is the last place oil and gas companies want to cut spending.

Select Sands (SNS-TSXv) gives a great opportunity to patient investors who like groundfloor investments.  There are LOTS of catalysts near-to-medium term.

This is a stock with only 42 million shares out and trades at 35 cents.

So far, Mohammad has proven up the quality and size of the Sandtown deposit with over a dozen drill holes.  The deposit is sitting right at surface in many places, and goes down over 100 feet, giving it lots of size.   For the geologists, the deposit is in the St. Peter Sandstone formation, which is the same as the Tier 1 “White Sand” that comes from Wisconsin.

The Sandtown sand has been tested by Stim-Lab, one of the best and well-known companies in the business and results of the two main sizes of frac sand-- 40/70 and 100 mesh—met or exceeded the Tier 1 frac sand specs.

(In fact, the sand was such high quality it could be high-graded and used for a lot of industrial uses, like making glass.  Several frac sand suppliers sell as much as half their product to the glass industry.  Low energy costs in the US are bringing back a lot of glass industry; but that’s another story.)

So Select Sands HAS the goods.  And it has the business model to make it all work for both industry and shareholders.
And the biggest part of that is…Location-Location-Location.  Their deposit is 650 rail miles closer to the Big Shale Deposits in Texas—the Permian Basin and the Eagle Ford.

Now, these two massive oil plays represent 38%, or 18.777 million tons, of the total 49.7 million tons of proppant (another word for frac sand) consumed in the entire USA in 2014.  These are the basins to which SNS is closest.

These are also the basins that are seeing the largest increase in frac sand intensity—the amount used per horizontal well.  Overall in the USA it was up 27% per well, but in the Eagle Ford it was up 33%, and in the Permian by 38% (Source: NavPort)

Commodities logistics firm PLG Consulting said that transportation and warehousing can account for nearly two-thirds of the delivered price for frac sand. Being half again as close to market gives the Sandtown deposit a huge leg up on its Wisconsin competitors.

Select Sands estimate their sand can be delivered to the Eagle Ford for as much as $15-$20/ton cheaper, comparable Tier 1 sand from Wisconsin.   And of course, with a lower oil price producers are looking to scrape costs to the bone—and Select Sands just threw them a bone.

While the rig count is now down some 50% from the peak of late 2014, frac sand demand is expected to be down only 25%--with most of that drop coming from lower quality sands.   I expect Tier 1 sand to continue to have a healthy market, though at slightly lower prices than 2014.

There are a couple other minor trends working in Select Sands’ favour.  One I mentioned earlier in the week—there is a big “fracklog” of wells that have been drilled but not completed or fracked.  That is low hanging fruit for the industry if the oil price moves up.
The second is that a premium product--ceramic proppants—a more expensive competitor to frack sand—are not being used as much now.  That’s creating some extra market share for Tier 1 sand.

Successful frac sand stocks are greatly rewarded by the Market.  From August 2013 to the peak in late 2014, the Market took the three largest US frac sand suppliers to over 20x annualized cash flow at the peak.

Those three stocks (HCLP, SLCA and EMES) made investors 450%, 600% and 835% respectively over three years.
Junior stocks did even better—witness Canada’s own Athabasca Minerals (ABM-TSX) going from 25 cents to $3.20 in three years—a 1280% move.

Select Sands (SNS-TSXv) has the potential to follow these stock charts.  The asset is there.  The business opportunity is there.  As management executes a simple business plan, the Market will reward them and shareholders.