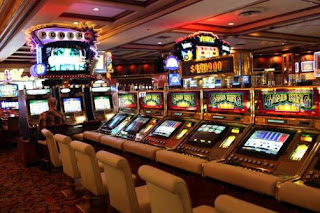 New York Times,
There are many cities across the country that are beginning to see the first glimpses of the end of the recession.
This is not one of them.
The nation's gambling capital is staggering under a confluence of economic forces that has sent Las Vegas into what officials describe as its deepest economic rut since casinos first began rising in the desert there in the 1940s.
Even as city leaders remain hopeful that gambling revenues will rebound with the nation's economy, experts pro- ject that it will not be enough to make up for an even deeper realignment that has taken place in the course of this recession: the collapse of the construction industry, which was the other economic pillar of the city and the state.
Unemployment in Nevada is 14.4 percent, the highest in the nation and a stark contrast to the 3.8 percent unemployment rate there just 10 years ago; in Las Vegas, it is 14.7 percent. (more)

Joseph Stiglitz: the euro may not survive 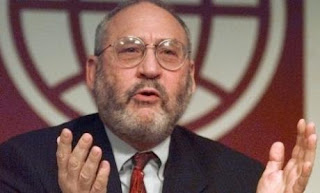 The former chief economist of the World Bank and a Nobel prize winner also predicted that short-term speculators in the market could soon start putting pressure on Spain, which is struggling with a large deficit and high unemployment. Last week, Moody's cut the country's credit rating from AAA to Aa1.
The former adviser to President Bill Clinton also says that the banking sector has gone back to "business as usual" too quickly and that there are still risks of another financial crisis despite some improvements in regulation.
Mr Stiglitz, now a professor at Columbia Business School, makes the arguments in an updated edition of his book, Freefall, on the credit crunch. In the new material, exclusively extracted in today's Sunday Telegraph, he reveals fears that governments around the world will attempt to cut their deficits too quickly and risk a double dip recession. (more)

Peter Schiff: Race to the Bottom

Long ago, before economic models developed their current levels of sophistication, it used to be that the goal of a government's economic policy was to bring prosperity to its citizens; in other words, to raise the general level of material comfort, while at the same time reducing the amount of toil required to attain that end.
However, due to the blather spouted by modern economists, success is no longer measured in those terms. Instead, governments simply look to pump up nominal levels of gross domestic product (GDP), while simultaneously catering to the needs of entrenched political classes. As exports feed directly into GDP, currency devaluation has been widely used as a means to boost exports and therefore achieve "prosperity." In this model, selling is an end unto itself. There is no focus whatsoever paid to the obviously negative consequences of currency debasement: diminished purchasing power and lowered living standards.
Way back in the 20th century, a nation's currency was viewed much as a company's stock price. The reliability, competitiveness, and growth of a national economy usually translated into a strong currency. This system made sense. (more)
at 12:12 AM No comments:

The following is a list of companies that are undervalued, when comparing today's price to the average analyst target price (sourced from Finviz). All of these stocks are part of the S&P 500 index.

The list has been sorted by discount from target price.

By: Dan Weil
The conventional wisdom is that individual investors are being taken for a ride by a bubble in the bond market, switching to fixed income from equities at just the wrong time.
Not so fast, says Wall Street Journal columnist Jason Zweig.“If anybody is to blame for a bond bubble, it isn't Joe Schmo; it's Uncle Sam, with some help from overseas,” he writes.
The Federal Reserve holds $2.04 trillion in government bonds, buying triple the amount that retail investors added to their bond holdings since the end of 2008.
As for foreigners, they have purchased $373 billion of Treasuries so far this year, more than 1.5 times what individual investors have put in all bond funds. (more)
at 12:11 AM No comments:

Where Are Oil and Gas Prices Heading Next?

Oil is heading to US$200 per barrel. This isn’t speculation but hard fact. But forewarned is forearmed, and with this price expected within the next five years, investors have plenty of time to position themselves.

We recently have been talking about tools that investors can use to navigate the economic landscape. The gold-to-oil ratio is one such tool, but another popular compass is the oil-to-natural gas ratio.

The oil-to-natural gas ratio relates more to nuances within the energy complex, rather than the gold-to-oil ratio, which relates to monetary values. It’s the WTI Cushing price of crude oil per barrel to the Henry Hub Spot Price for natural gas per million thermal units.

In theory, based on an energy equivalent basis, crude oil and natural gas prices should have a 6-to-1 ratio. Market characteristics, however, have dictated that since 2006, the price of oil follow a pattern of 8-12 times that of natural gas. (more)