Roubini Sees Risk of a Bank Run in Spain

Nouriel Roubini, the New York University professor who predicted the global financial crisis, said Spain’s financial troubles, without more assistance, are closer to a critical point than a resolution.

“Spain is too big to fail but also too big to be bailed out,” Roubini said today in a Bloomberg Television interview on “Surveillance Midday” with Tom Keene. He said the existing resources for bailouts are too small “to backstop the Spanish banks and the sovereign if there is going to be a run on them.”

European Union leaders will meet this week amid discord about how to stem a debt crisis that’s caused Greece and Ireland to accept bailouts.

“Unless the Europeans this weekend are going to decide to increase the envelope of those official resources, in the next few weeks you’re going to see a worsening of those spreads for Spain,” Roubini said, referring to the extra yield investors would demand to hold the country’s debt over that of Germany.

Moody’s Investors Service said yesterday it may reduce Spain’s credit rating from Aa1 by on concern about rising borrowing costs, potential losses in the banking system and deficits in the country’s regions.

In a recent strategy note Andrew Garthwaite of Credit Suisse covered what he believes are the biggest risks heading into 2011. On the whole, Garthwaite believes all 5 risks are manageable, which contributes to their expectations for 13% gains in the S&P next year. The 5 risks and the CS opinion of each is attached:

“It’s a snowball effect in Treasuries as we are seeing flow-driven trades that have been exacerbated by the improving economic data,” said Kevin Flanagan, a Purchase, New York-based fixed-income strategist at Morgan Stanley Smith Barney. 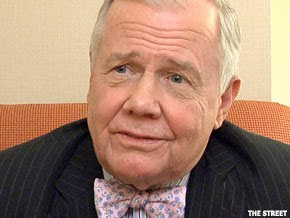 (TheStreet ) -- Jim Rogers, the famous contrarian investor, stands behind his prediction that gold prices will hit $2,000, but isn't buying any more gold at record highs.

Rogers has been a gold bull for years and well before this year's 25% rally. There are many ways to buy gold like the gold exchange-traded fund, SPDR Gold Shares(GLD), up 24%; gold stocks like the Market Vectors Gold Miners(GDX), a basket of large-cap miners, up 30%; or physical gold. Rogers favors the physical commodity.

Some analysts disagree with Rogers. Goldman Sachs(GS) called a top in gold at $1,750 sometime in 2012, while Jon Nadler, senior analyst at Kitco.com, says the top could come in 2011 especially as prices struggle to sustain prices above $1,400. (more)
at 12:18 AM No comments:

In our 20 years plus of option trading and educating investors, there are certain factors that we've seen time and again can help foretell when the market is on the verge of a trend momentum switch.

Beyond our innovative technical analysis indicators, we also utilize sentiment and volatility based measures that can often give us the "early warning" that something may be amiss in the markets.

The first of these is the CBOE Volatility Index (VIX), which I've been analyzing and utilizing since the early 1990s. The VIX measures in the implied volatility of S&P 500 Index (SPX) options -- this is a factor that is basically human-controlled and has swings based on supply and demand for options. To a large measure, it measures the "fear factor" in the market among option traders.

In recent years, VIX movements higher have tended to indicate that something is not quite right in the stock market and that large-scale selling may be imminent. For example, take a look at the following chart of the VIX and SPX from earlier this year: 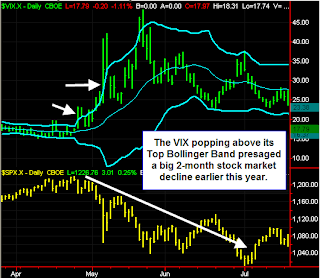 In the above chart, you can see that the VIX (green) moved above its Top Bollinger Band (aqua bands) in April, before the market topped out. There was even another early warning about a week earlier where the VIX breached its Top Band but closed below it! Another bigger seismic move in the VIX followed at the beginning of May. The result: the stock market (SPX in yellow) dropped nearly 20% in the two months following this VIX move!
at 12:17 AM No comments: 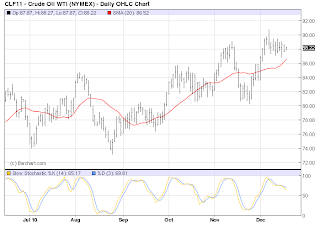 Crude oil fell from a one-week high because of concern that warmer weather in the U.S. may reduce demand for heating oil.

Oil pared yesterday’s gains after the Energy Department said stockpiles of distillate fuel, a category that includes heating oil and diesel, increased 1.09 million barrels to 161.3 million. Normal or warmer-than-normal weather is likely in most of the Northeast and Midwest from Dec. 25 to Dec. 29, according to Commodity Weather Group in Bethesda, Maryland.

Financial Analyst: This Is The First Recession Since the End of the FIRST World War Where Government Help Isn't Trickling Down to the American People

Banking expert Christopher Whalen (hailed by Nouriel Roubini as one of the leading independent analysts of the U.S. banking system) told the American Enterprise Institute that this is the first recession going back at least to the end of the first World War where government assistance has not trickled down to Main Street and ordinary Americans.

Because the banks are keeping the money and not loaning it back out:

Investors who've recently been racking up gains on the rapid rise of Chinese commodities were in for more pain today as copper slid for a third day. The metal, used around the world in the form of electrical wires, circuit boards, waterproof roofing and lighting rods, fell by as much as 1% to $9,045 on the London Metal Exchange. Stockpiles are increasing as dealers wait for demand to improve. This comes just two days after Reuters reported that copper could pass $11,000/mt in a year. "We believe that prices could spike substantially above these levels, most likely in late 2011," read a Goldman Sachs research note.

What's ahead for crude oil?

There's no question about it, 2010 has been pretty difficult for most traders in the crude oil market. This year has produced no discernible, lasting trends in this market. The trends it has produced have lasted little more than just 3 or 4 weeks at best.

So what's ahead for this market?

In today's short video we examine the fact that crude oil briefly traded over $90 a barrel before falling back. So what made the crude oil market reverse course and fall back? Was it selling, was it profit taking, a technical point, or something else? We are examining crude oil in detail using a tool that we think is very appropriate for this type of market at the moment.

We have not discussed this technical indicator in any of our previous videos and I think when you see how it works and how you can use it your own trading, you will be pretty impressed.

Watch this new short video on trading crude oil here.
at 12:10 AM No comments: 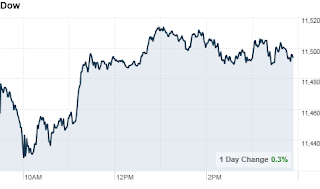 (CNNMoney.com) -- Stocks closed at two-year highs Thursday, with two of the three major indexes hitting their highest levels since September 2008. Investors looked on the brighter side of mixed reports on housing and jobs that came out before the opening bell.

Gains were broad-based in the Dow, with 25 of its 30 components closing higher.

Despite Thursday's mixed reports, economic data have been relatively upbeat lately. Stocks have performed well in December so far, with the three major indexes up 2% to almost 4%.

Trading is expected to be quiet over the next few weeks, and some traders are starting to close up their portfolios ahead of year's end. Many market participants will start taking holiday vacation next week, and few economic reports are on tap for the remainder of the year. (more)