Mr. Allison, 61, served as the Chairman of BB&T Corporation from 1989 to December 2009 and the Chief Executive Officer of BB&T Corporation and Chairman and Chief Executive Officer of Branch Bank from 1989 to December 2008. As the previous Chairman and Chief Executive Officer of BB&T, Mr. Allison brings deep institutional knowledge and perspective regarding BB&T?s strengths, challenges and opportunities. He possesses extensive public company and financial services industry experience. Mr. Allison also is actively involved in educational and community organizations. He currently serves on the Wake Forest University Baptist Medical Center Board of Visitors, the Board of Visitors for the Center for Organizational Leadership and Ethics at The Fuqua School of Business at Duke University, and the Kenan-Flagler Business School at UNC-Chapel Hill. He is a past member of the Board of Directors of The Financial Services Roundtable and The Clearing House. Mr. Allison was recognized by the Havard Business Review as one of the world?s top 10 CEO?s over the last 10 years. In addition, Mr. Allison recently was awarded the American Banker Lifetime Achievement Award for 2009 and inducted into the North Carolina Business Hall of Fame for his significant contributions to BB&T and the financial services industry. Mr. Allison currently serves as a Distinguished Professor of Practice on the faculty of the Wake Forest University School of Business.

The North American economy is leading a stronger-than-expected rebound in growth among western countries, though serious risks remain in the global economy due to the Europe-centred debt crisis and overheating in emerging market economies, a Paris-based think-tank warned here Wednesday.

The Canadian economy is particularly strong this year, aided by a healthy banking sector and low government deficits relative to its competitors, according to the Organization for Economic Co-operation and Development. (more)

The percentage of corporate bonds considered in distress surged this week to the highest since 2009 as investors dumped debt of the neediest borrowers on concern that Europe’s fiscal crisis may make it harder for them to refinance.

Some 17 percent of junk bonds yield at least 10 percentage points more than Treasuries, up from 9.2 percent last month, Bank of America Merrill Lynch’s Global High-Yield Index shows. The jump is the biggest since the distress ratio rose 11 percentage points in November 2008, two months after Lehman Brothers Holdings Inc. collapsed. Bonds of MGM Mirage and Freescale Semiconductor Inc. joined the list in May. (more)

U.S. stock markets are oversold and may rally strongly over the next few days, said investor Barton Biggs.

“I think they’re going to stabilize in this general area, and then we’re going to have a significant move to the upside,” Biggs, who runs New York-based hedge fund Traxis Partners LP and whose flagship fund returned three times the industry average last year, said in a Bloomberg Television interview.

The Standard & Poor’s 500 Index is down 10 percent in May, poised for its worst month since February 2009, as credit- ratings downgrades of Greece, Portugal and Spain added to concern some European nations will struggle to fund deficits.

“The market is very, very oversold, and I think we’re going to have a big pop to the upside some time in the next couple of days,” said Biggs. “I wouldn’t be surprised to see us go to a new recovery high, just to make everybody squirm.” (more)

Moody's: US AAA Rating at Risk

The United States' AAA rating continues to be stable, even though the government's finances have weakened from the cost of supporting the country's financial system and economy, Moody's Investors Service said.

The U.S.'s top rating could eventually come under pressure unless additional measures are taken to reduce projected record budget deficits, the agency warned.

The rating is backed by the country's ranking as the world's largest economy as well as its flexible markets and open trade regime, Moody's said in a statement that was worded similarly to other regular statements made in recent months.

A stable outlook indicates the rating agency views the AAA rating as unlikely to come under pressure over the next 12 to 18 months. (more)
at 12:15 AM No comments: Links to this post

Evans-Pritchard warned early on of the looming collapse in credit and the subsequent financial crisis and multiple global recessions. His entire interview will appear in the July issue of Financial Intelligence Report.

Bob Chapman
First 6 months of 2010, Americans will continue to live in the 'unreality'the period between July and October is when the financial fireworks will begin. The Fed will act unilaterally for its own survival irrespective of any political implications (source is from insider at FED meetings). In the last quarter of the year we could even see Martial law, which is more likely for the first 6 months of 2011. The FDIC will collapse in September 2010. Commercial real estate is set to implode in 2010. Wall Streetbelieves there is a 100% chance of crash in bond market, especially municipals sometime during 2010. The dollar will be devalued by the end of 2010.
Gerald Celente
Terrorist attacks and the "Crash of 2010". 40% devaluation at first = the greatest depression, worse than the Great Depression. (more)

The U.S. government’s Aaa bond rating will come under pressure in the future unless additional measures are taken to reduce projected record budget deficits, according to Moody’s Investors Service Inc.

The U.S. retains its top rating for now because of a “high degree of economic and institutional strength,” the New York- based ratings company said in a statement today that was little changed from a credit opinion released in February. The outlook is stable, the statement said.

The government’s finances have been “substantially worsened by the credit crisis, recession, and government spending to address these shocks,” Moody’s analysts lead by Steven A. Hess wrote. “The ratios of general government debt to GDP and to revenue are deteriorating sharply, and after the crisis they are likely to be higher than the ratios of other Aaa-rated countries.” (more) 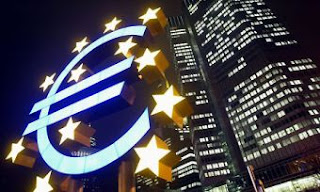 A secret exit clause written into the trillion dollar European bailout agreement will ensure the creation of more debt in Europe, worsening the global economy, decimating nation states and allowing power to be consolidated into fewer super-elite hands.

As the Financial Times reports today, the major German newspaper Bild says it has obtained a copy of the bailout agreement and has set about “exposing” a series of secret clauses. (more) 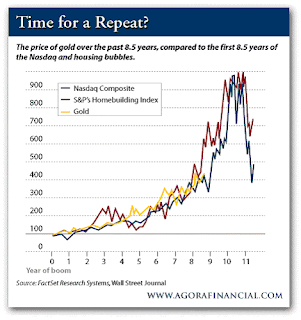