Whispers on Wall Street: Major Financial House Is Going to Implode… Could It Be Morgan Stanley?

Before the collapse of mega behemoth Bear Stearns there were rumors that a major Wall Street firm had bitten off more than it could chew. Mainstream media, for the most part, completely ignored the rumors, with some financial experts like CNBC’s premier Wall Street insider Jim Cramer literally screaming at viewers on the March 11, 2008 airing of Mad Money in which he vehemently denied any problems saying that the company was “fine.”

Why Platinum Is A Screaming Buy (PPLT, GLD) 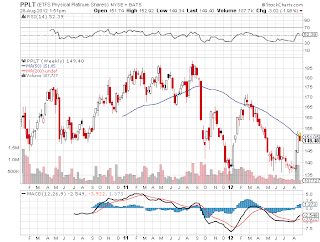 Martin Hutchinson: You won’t read about it in the mainstream news, but the South African mining industry is in the fight of its life. That makes one investment a screaming buy.

You see, violent strikes have paralyzed several South African mines this year, including most recently the giant Lonmin platinum mine.

This isn’t a short-term problem, either, and it’s not related to conditions in the mining industry.

There’s a deep political agenda at play, which means the disputes are likely to be a severe ongoing problem.

But it’s the story behind the story that has my eye. Because for investors who can grasp what this crisis really means, the seeds of opportunity are about to take root.

Why Silver Investables Are Drying Up 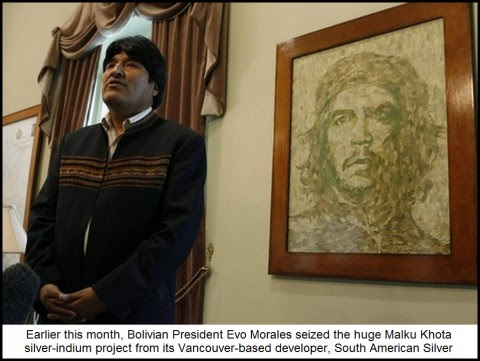 For a while, we’ve had a nagging feeling that we’ve been witnessing something profound that the markets have yet to grasp. We are not talking about a global smorgasbord of events that has been amply covered elsewhere. As readers might know, our particular interest is in silver, and that is where we see an elephant in the room that has yet to attract any headlines. No doubt most readers are aware of the recent developments in countries like Argentina, Bolivia, Peru and others, with respect to what can be broadly classified as “resource nationalism.” Our general views on the subject were detailed a few years ago. As discussed by this writer and others, such developments are not new and certainly not limited to silver or even the mining sector. However, in our opinion, it is in the silver space that these events are likely to have the most profound effect.

Why? Because the silver sector is so small and the above-mentioned countries collectively make up a big piece of it. According to CPM Group’s 2012 Silver Yearbook, the countries named above are projected to produce some 170 million ounces of silver this year versus anticipated total global silver production of 788 million ounces. While at first glance that only makes up 21.6% of total annual mine supply, which in itself is significant, we submit that it represents an even greater percentage of “investible” silver production.

Part 2 listen here
8/28/2012: A View of South African Mine Violence from Inside the Cannibal’s Pot

It Is Not Just Your Imagination – American Families ARE Getting Poorer

from The Economic Collapse Blog 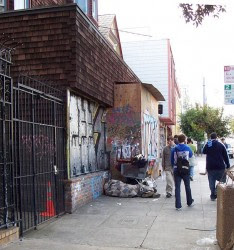 Did you know that median household income in the United States is lower today than it was when the last recession supposedly ended? If we are in the middle of an “economic recovery”, how can this possibly be happening? Stunning new statistics compiled by Sentier Research show that the U.S. economy is not nearly as healthy as we have been led to believe. According to the study that Sentier Research has just released, median household income in the United States was sitting at $55,470 back in January 2000. In December 2007, when the recession began, it was sitting at $54,916. In June 2009, when the recession supposedly ended, it was sitting at $53,508. Today, it is sitting at $50,964. This is a long-term trend that is definitely going in the wrong direction. The fact that median household income in the U.S. is now 4.8 percent lower than it was when the last recession ended is incredibly disturbing, especially since all of the things that we buy on a regular basis just keep going up in price. Food, gas, electricity, car insurance and health insurance all cost a whole lot more today than they did back in the year 2000, and yet median household income has dropped 8.1 percent since that time. So what does all of this mean? It means that American families ARE getting poorer.

Richard Russell: This Is The Beginning Of A Major Move In Gold

The Godfather of newsletter writers, Richard Russell, believes we are seeing the beginning of a major move in gold. Here is what Russell, who is now 88 and has been writing about the markets for nearly six decades, had to say: “The wild cards — the stock market takes an unexpected spill in September, and the employment and unemployment statistics worsen just around election time.”

“But what’s this? Headline in (the) Financial Times — “Republicans to Push Gold Standard Back Into Center of Political Debate.” I think this is just a feeler, I doubt whether the US is ready to go back to the gold standard. That will happen out of desperation when there’s no where else to go.

Of course, the Fed will fight any suggestion of going back to the gold standard. The Fed wants to have the sole right to create money, and the gold standard means discipline, the last thing the Fed wants. But it’s interesting that the subject of gold has come up at this time.

3 Cheap Small-Cap Stocks with the Potential for HUGE Returns

Small-cap value stocks have consistently outperformed all other categories of stocks.

That's the message coming from the industry's most respected academic and financial institutions.

But it's not just a generally bullish trend that has carried this group. University of Chicago finance professors Kenneth French and Eugene Fama of the popular French-Fama asset pricing model -- a valuation strategy that looks for small-cap stocks that are in value territory -- concluded that small-cap value stocks outperformed other classes during recessions as well. Another report by Fund Evaluation Group highlighted how small-cap value has outperformed all other groups by a wide margin.

This trend has been on display in the past 12 years. The chart below and shows how the iShares Russell 2000 Index (IWM) of small cap stocks has destroyed the major averages, returning 85% to the S&P 500's 3% loss.

There are two reasons why small caps offer the potential for such large returns. The first is just a simple matter of math, where companies starting from a base of lower sales and operations have opportunity to grow many times over. This is basically like the power of compounding on steroids.

The second factor is imperfect information. Unlike large caps, which can have as many as 25 covering analysts creating research reports, information on small caps is harder to come by. Although this might seem annoying because investors like information about stocks and markets, it creates a big opportunity. Less information, analysis and coverage frequently leads to shares being over or under valued.

Applying the Fama-French model and looking for strong earnings and earnings growth is a great way to separate the winners from the losers.

With this in mind, here are three top small-cap value gems I found...

CARBO is a basic materials company in the energy services industry with a market cap of $1.7 billion. The company specializes in developing and manufacturing ceramic propant, a substance that drillers use in the extraction process of natural gas commonly referred to as "fracking." Much like the general weakness in energy stocks, Carbo's share price has fallen more than 50% in the past year.

While that may be a setback for current shareholders, the valuation has rarely looked better. With a forward price-to-earnings (P/E) ratio of 13, returning to the average of 24 in the past 10 years would have shares of Carbo up 90% from current levels.

Analysts were quick to upgrade their earnings projections, with the full-year 2012 estimate jumping 15% to $2.05. But in spite of those gains, shares only trade for 13 times forward earnings. If Impax returned to just its average valuation of the past 10 years. then shares would jump 34%.

Coeur d' Alane is a silver miner based in Idaho with mining assets in the United States, Mexico, Bolivia, Argentina and Australia. In spite of the price of gold holding in elevated territory, gold stocks have performed terribly in the past year. With Coeur d'Alene trading just above $21, shares are well off the 52-week high of $30.99.

This probably has a lot to do with weakness in the current-year estimate, falling 69 cents in the past 90 days to $1.26 per share. But longer-term, the next-year estimate still looks great, pegged at $2.63, a bullish 108% growth projection. That is a big opportunity for investors taking a longer-term view.

Risks to Consider: Small-cap stocks are known for extreme volatility. Although many small caps grow into mid- and large-caps, there are plenty of others that fail or go out of business. Investors buying small-cap stocks should be ready for short-term volatility in order to have a chance at outsized gains in the long run.

Action to Take --> These three undervalued small-cap stocks are in position for big long-term gains as each company advances through early and medium stages of growth. Investors who are not afraid of some volatility should snap up shares while they're still cheap.

Bob Murphy On the Debt Crisis, the Great Depression, and Gold