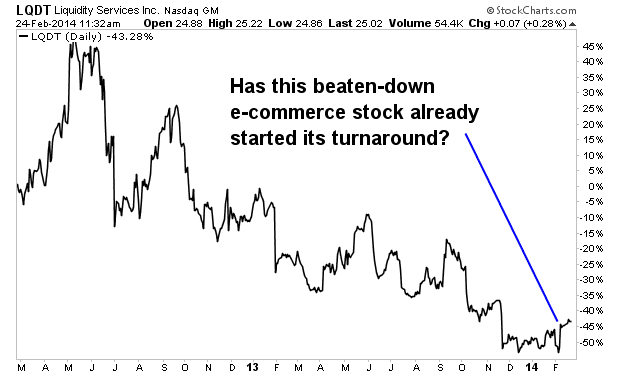 Thanks to an impressive recent rally, a number of stocks that had temporarily pulled back to bargain levels have already surged back to fresh highs. If you're looking for solid bargains among companies that are at the top of their game... good luck.
To find true bargains, you need to look at companies that have stumbled. Operational missteps are about the only reason for a stock to be out of favor these days. The key is to find the companies that have the ingredients to fix their problems.
Here's a look at three stocks trading well below recent highs -- each with catalysts to regain its footing in coming quarters.  (more)

This Is Still The Chart of the Decade

We all have different time frames and risk objectives. That’s something that rarely gets discussed but is probably the most important detail of our investing lives that must be defined. In my work, I incorporate a top/down approach starting with longer-term charts and work my way down to shorter-term time frames. One of my favorite long-term charts is something I coined “The Chart of the Decade” back in 2012. This is the secular shift out of Latin America and into more developed nations.
This chart represents the MSCI EAFE ETF which consists of large- and mid-cap developed market equities, excluding the U.S. and Canada ($EFA) compared with the Latin America 40 ETF ($ILF). I originally brought this up when prices were first breaking out of this monster base. But look at how nicely this one has developed (no put intended): 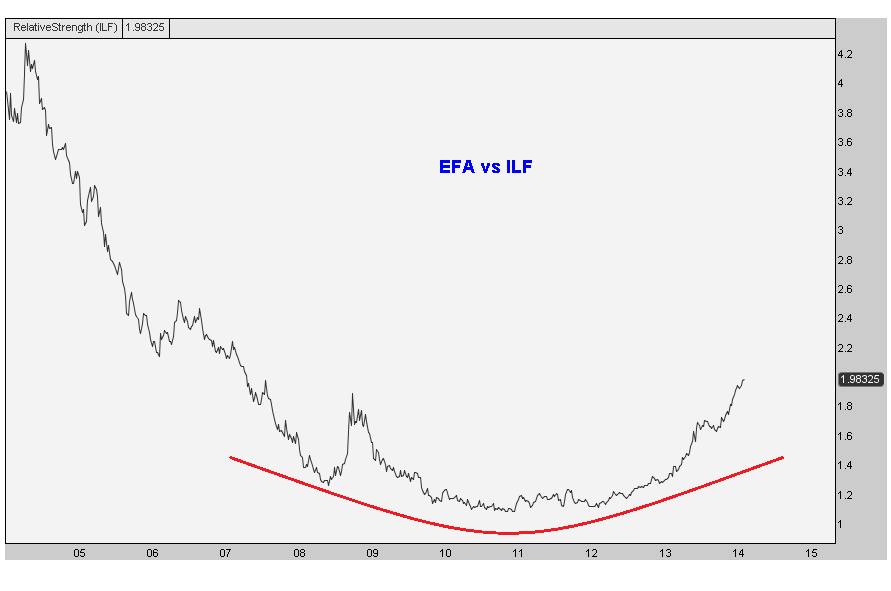 There are a few things we can take from this. The first one is obvious: big round bottoms can be very powerful. We’re seeing similar bases in $USDCAD as well as in the Emerging Markets vs S&P500 spread. The second thing we should be paying attention to is just that, the underperformance in Emerging Markets. Latin America is just another example of money flowing out of this emerging space and into more developed nations. And not just the US, but into Europe and Japan, especially on a relative basis.
This is a huge secular shift that we’re watching and trying our best to take advantage of it. Latin America and Emerging Markets as a group were major outperformers for a long time. This has clearly changed and based on these huge bottoms, it looks like this trend is probably here to stay.
Please share this article
at 12:04 AM No comments: Links to this post 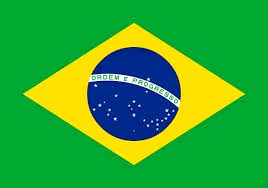 In December last year, Brazil’s economy posted its worst quarterly performance in four years. The economy shrank by 0.5% compared to the third quarter, or by 1.9% on an annualized basis. This was an indication of the challenges the country has been facing for some time now.

Growing by 7.5% in 2010, the country’s economy had become a favorite destination for global investment. Since then, Brazil’s fortunes have declined rapidly due to several factors. These include fiscal profligacy, infrastructural bottlenecks and excessive red tape. For instance, the state has set price ceilings on fuel to curb inflation. This, in turn, has a detrimental impact on the fortunes of government owned Petroleo Brasileiro S.A (PBR - Analyst Report).

However, steep inflation continues to be the greatest of the country’s woes. A series of rate hikes since April last year have reduced the rate of price rise to their lowest point in a year. However, inflation still remains significantly higher than the official target center of 4.5%.  (more)
Please share this article
at 12:03 AM No comments: Links to this post

India to Take Out Resistance and Breakout?

It's been a rough few years for Emerging markets, and India is no exception! From a shorter-term view the India ETF (EPI) is reflecting some year-to-date relative strength compared to EEM, which has now brought it up against a yearlong resistance line (see the chart below).
A breakout so far has NOT happened for EPI at this time. A push above resistance would reflect positive price action for EPI and would most likely attract buyers!

Extremely interesting developments in the open interest in both gold and silver this week!!
In silver, we see the commercials going FAR more short and the large specs going far more long.  Really interesting is the price rise, yet the speculators, on the surface, are not buying up long contracts by the bucket  – but they covered so MANY short contracts that their net long position went skyrocketing upwards.  For the commercials part, both the producer merchant and the swap dealers added huge on the short side to the tune of over 12,000 new contracts total.

So, in my numbers world, with price rising, that tells me the commercials led the way and FORCED the speculators out of short positions.  Notice a very modest pickup of short contracts by the small specs.  Those guys know the top is near and they are getting ready to ride the rocket downhill as the commercials crash price in the coming days.
In gold, we see very similar type actions with the commercials combined picking up an additional 16,000+ short contracts and they exhibit very strong short pickups on both the producer merchant and the swap dealers.
Those bankers and their cohorts absolutely slammed the speculators by forcing PRICE to RISE!!!
READ MORE
Please share this article
at 12:03 AM No comments: Links to this post

As we have repeatedly pointed out, the one surest way to generate profits in these manipulated, broken markets is to take advantage of the one legacy trade that makes zero sense in a world in which the global central banks are the ultimate providers of downside risk protection: i.e., going long the most shorted names. We did just this most recently past Friday, when we listed the latest hedge fund long hotel, as well as the names most shorted by the “sophisticated” investors, saying “anyone going long these names is virtually assured to outperform the market over the next year.” One day later and this “strategy” is already generating outsized alpha, with the most shorted names solidly outperforming the market.
And as the case may, this latest bout of “most shorted” outperformance is set to continue for one main reason.As the CFTC reported last friday, institutional investors using Standard & Poor’s 500 Index futures turned bearish this month for the first time since September 2012.
READ MORE
Please share this article
at 12:03 AM No comments: Links to this post