Jim Rogers: “I Suspect They’ll Take The Pension Plans Next; I For One Am Worried, And I’m Taking Preparations”

I was able to reconnect for an interview with legendary Quantum Fund manager and commodities bull, Jim Rogers. This was an especially groundbreaking interview, as Jim shared thoughts on what governments around the world will be taking next, and what he’s doing right now to protect his personal bank accounts following the Cyprus collapse.
Speaking towards the frightening implications of the Cyprus banking collapse, Jim said that, “It’s been condoned [now] by the IMF, the European union, and everybody else in sight; that a government in need, can take assets. We all knew they could tax us…but this is the first time that I’m aware of, that they’ve gone in and taken bank accounts. They took gold from people in the U.S. in the 1930′s…but I’ve never heard of them taking bank accounts. [Now] they’re doing it. So be careful [because], now they can take your bank account under this precedent.“

Click Here to Listen to the Audio
Continue Reading at BullMarketThinking.com… 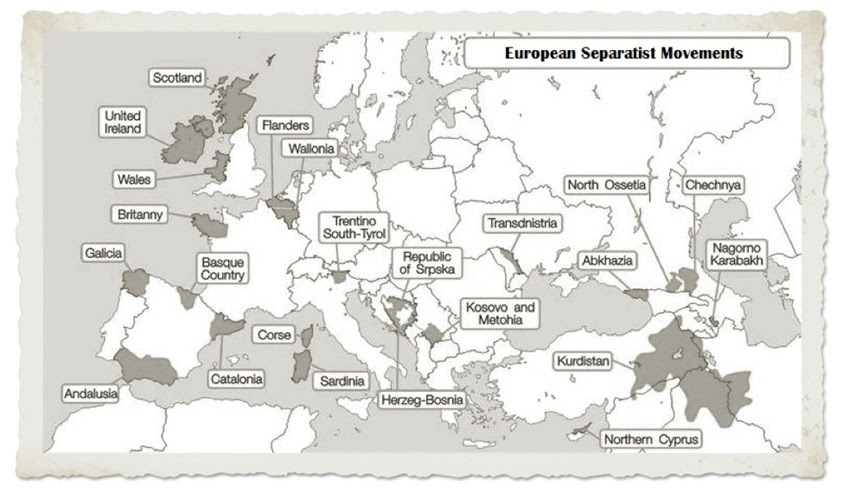 armstrongeconomics.com / By Martin Armstrong / April 4, 2013
There is no doubt rising separatist movements in virtually every country. However, the politicians are threatening members who think about leaving. So the ship is sinking and some faint distant hope may still glimmer in the distance that the people will make their voice heard in Europe and bring about change. At least the governments there are not buying bullets and tanks. The people could still rise and force change to save Europe. But the people have been skeptical all along about a single currency. When the European Commission came to us, this was the problem. They did not believe they could sell a single debt so they were starting with a single currency. They just never got around the debt problem.
READ MORE
Please share this article
at 12:05 AM No comments: Links to this post

Jim Sinclair – This Will Create The Mother Of All Financial Crises

Today Jim Sinclair spoke with King World News about what he believes will create the “Mother of all financial crises.” He also discussed the coming collapse and the desperate government intervention taking place in key markets. Below is what Sinclair, who was once called on by former Fed Chairman Paul Volcker to assist during a Wall Street crisis, had to say.
Sinclair: “The Plunge Protection Team (PPT) is not a speculation. There is a group of advisors to the White House which deals with markets. They also gather when markets are in extreme conditions. So to be clear, there is an organization which is designed to intervene in the markets.
Continue Reading at KingWorldNews.com…

What If There is Another “Lehman Meltdown” Moment?

Why Economic Freedom? Here’s Why

Looking for a disaster waiting to blow sky high? I have one right at hand. El Economista reports 97% of pensions are invested in Spanish government debt in 2012.

The Reserve Fund of Social Security in 2012 increased their holdings of Spanish debt to 97% of total assets, up from 90% who had in late 2011.
Over 70% of purchases are recorded in the second half of 2012, according to Bloomberg points, after the critical moment when ECB President Mario Draghi, undertook to do “whatever it takes” to defend the euro. A message that helped ease the constraints and helped drive Spanish debt.
In 2007, the money invested in financial assets were divided fairly (50%) between Spanish debt and foreign debt, but this proportion began to change in 2008.
Continue Reading at GlobalEconomicAnalysis.Blogspot.ca…

Cyprus And The Canadian Connection

People in the Western world have been duped. With fractional reserve banking their deposits aren’t really there anyway. As Economist Murray Rothbard has pointed out banks operating under the fractional reserve system are always by definition insolvent. At the height of the pre 2008 bubble some U.S.. banks were leveraged at over 30 to 1. The FDIC has never had more than about 2% of the funds necessary to cover all U.S. deposits they purport to insure. When a bank has loans outstanding that are 10 or 20 or 30 times the amount it holds in deposits and the bank is failing their depositors funds have already been squandered! They aren’t seizing the depositors money. It’s ALREADY gone! Now we know why the DHS is buying automatic rifles, billions of bullets and thousands of APC’s. Wait till they come after all those “rich people’s” tax deferred retirement savings.
The great Cypriot bank heist could soon be coming to the west as Canadian financial institutions along with the Canadian government have outlined their plans for a Cyprus styled bail in regime in the Economic Action Plan of 2013.
Your money is officially no longer safe in any of the major Canadian banks. As we've witnessed in Cyprus the Canadian government will be looking to loot the accounts of depositors in the event that one or more of the "too big to fail" banks depletes its capital to the point of no return. The failed system of fractional reserve lending has proven disastrous and the time has come to protect your assets from being stolen by the government.

Chris Horlacher is a practicing Chartered Accountant providing management and project consulting services to large and mid-sized companies. Chris also sits on the Board of Directors of the Ludwig von Mises Institute of Canada, an international economics and public policy research centre.