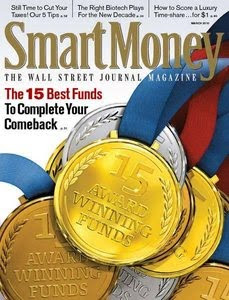 Faber: Buy Gold Even if Price Falls to Beat Surge

Investors should buy gold even if the price continues to dip, because the precious metal is merely in a correction phase of an upward trend, says investment guru Marc Faber.

But prices will rise again as governments continue to print money to narrow deficits in moves that will ultimately pump up inflation rates, the building blocks of higher gold prices.

The present correction, Faber says, is due to a temporary surge in the dollar's value. (more)
at 3:34 AM No comments: Links to this post 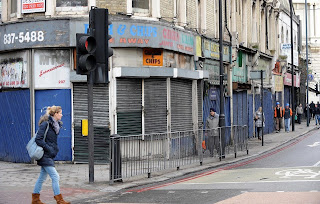 The number of empty shops blighting our high streets has trebled since the start of the credit crunch, it was revealed yesterday.

A report shows 12.4 per cent of shops in town centres are empty, compared to 4 per cent in the summer of 2007.

In some towns and cities a quarter of shops lie vacant as the recession has exacerbated the effect of other problems, such as rising rents and the growth of out-of-town shopping centres. 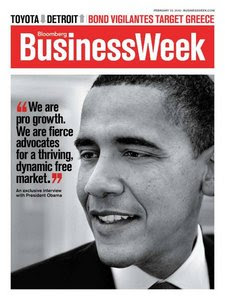 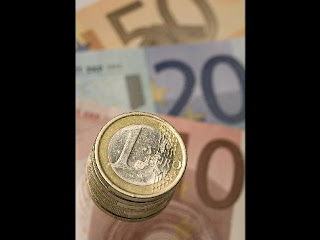 The Greek budget crisis is a symptom of imbalances that will lead to the breakup of the euro region, according to Societe Generale SA strategist Albert Edwards, and Harvard University Professor Martin Feldstein said monetary union “isn’t working” in its current form.

The problem for countries including Portugal, Spain and Greece “is that years of inappropriately low interest rates resulted in overheating and rapid inflation,” Edwards wrote. Even if governments “could slash their fiscal deficits, the lack of competitiveness within the euro zone needs years of relative (and probably given the outlook elsewhere, absolute) deflation. Any help given to Greece merely delays the inevitable breakup of the euro zone.” (more)

Credit Suisse Declares the U.S. a Riskier Investment Than Indonesia

Amid fears that Switzerland might come to an agreement with the United States on banking privacy and tax evasion disclosures, Credit Suisse issued a report identifying those countries it determined to have the highest risks of default on their sovereign debts. Number 16 on the list was the United States, based primarily on its 2009 budget deficits and government debt.

Countries ranked less likely to default include corruptocracy Kazakhstan, less-than-reform-minded Indonesia, the debt-ridden Philippines and violence-ridden Colombia. By comparison, U.S. Treasuries prices are up today despite a new issuance this week.
at 3:22 AM No comments: Links to this post

New Phase, Not Just Another Recession

It is becoming increasingly clear that the financial meltdown of 2008 and the subsequent economic contraction that continues to this day represent more than just another recessionary cycle. More importantly, they represent a structural change, a new phase, the phase of the dominance of “finance capital,” as the late Austro-German political economist Rudolf Hilferding put it.

Although the current domination of our economy by finance capital seems new, it is in fact a throwback or “retrogression” (as financial expert Michael Hudson puts it) to the capitalism of the late 19th and early 20th centuries, that is, the capitalism of monopolistic big business and gigantic financial institutions. The rising economic and political influence of powerful financial interests in the early 20th century led a number of political economists (such as John Hobson, Rudolf Hilferding and Vladimir Lenin) to write passionately on the ominous trends of those developments—developments that significantly contributed to the eruption of the two World Wars and precipitated the devastating Great Depression of the 1930s, by creating an unsustainable asset price bubble in the form of overblown stock prices. (more)

Plot thickens in the battle of 'The Plunge'

The Treasury Department has records of the secret meetings that its President's Working Group on Financial Markets held to discuss the troubled financial markets, after all.

That doesn't mean Washington wants us to know what was discussed, or whether Wall Street executives were in the meetings.

The working group was founded by President Reagan back in 1989, after the stock market nearly sustained its second big crash in two years.

Placed under the Treasury's jurisdiction, it lay dormant for years. It has been nicknamed The Plunge Protection Team because many people -- including me -- believe that in recent years it has been used to stabilize markets. (more) 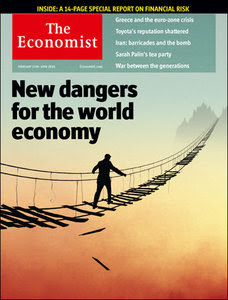 Stick a Fork in it, The Dollar is Done 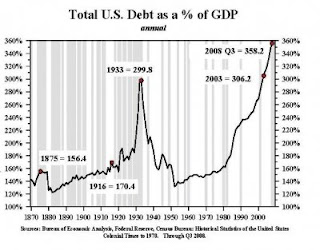 News junkies, currency buffs, and economists of an Austrian tilt have been having quite an entertaining few weeks. Between massive blizzards from Virginia to New England, another baseless Dollar rally, and the hilarious notion that a little Greek debt could unwind the Euro, there certainly has been plenty to talk about. These ‘black swan’ events are certainly becoming more and more commonplace these days; almost to the point where they can’t even be called black swans anymore. What would previously have been considered ridiculous is now normal, and what was normal is now considered ridiculous. Such is the way of things as empires unwind. Our circumstance today is no different.

The Dollar – The Ultimate Opportunist?

It should not be lost on even the most casual of observers that the US Dollar is dead. How can I say this when it is in the middle of yet another ‘rally’? And aren’t the folks in Washington telling us how strong the Dollar is more and more vapidly and with greater frequency? The fact of the matter here is that the Dollar has, for quite some time now, not been able to rally itself based on its own merits. Remember that currencies are essentially a zero-sum game. Their value is measured in terms of other currencies. One goes up, another must go down. Taking a look at recent Dollar rallies, they’ve happened essentially because bad things have happened in Euroland or elsewhere, whether it is the latest debt crisis with the PIGS (an unfortunate acronym, but who wants to be called a BRIC anyway?) or the massive liquidation of 2008. These were not exhibits of the Dollar’s strength, but rather of a mental model that still hasn’t adjusted to the fact that the Dollar’s run is over. Add to that the lack of an available substitute and voila – instant dollar ‘strength’. (more) 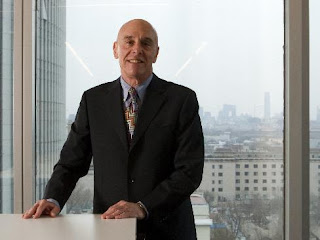 Jack Rodman, who has made a career of selling soured property loans from Los Angeles to Tokyo, sees a crash looming in China. He keeps a slide show on his computer of empty office buildings in Beijing, his home since 2002. The tally: 55, with another dozen candidates.

“I took these pictures to try to impress upon these people the massive amount of oversupply,” said Rodman, 63, president of Global Distressed Solutions LLC, which advises private equity and hedge funds on Chinese property and banking. Rodman figures about half of the city’s commercial space is vacant, more than was leased in Germany’s five biggest office markets in 2009.

Beijing’s office vacancy rate of 22.4 percent in the third quarter of last year was the ninth-highest of 103 markets tracked by CB Richard Ellis Group Inc., a real estate broker. Those figures don’t include many buildings about to open, such as the city’s tallest, the 6.6-billion yuan ($966 million) 74- story China World Tower 3. (more)

The euro zone's economic recovery lost steam in the final quarter of last year as gross domestic product barely expanded, with France the only one of the currency area's four biggest economies to post growth.

The 16-country area's GDP edged up 0.1 percent in the October-December period compared with the previous quarter, and contracted by 2.1 percent from the last quarter of 2008, EU data office Eurostat said in a flash estimate. [ID:nBRQ009717]

Analysts polled by Reuters had expected quarterly growth of 0.3 percent and a year-on-year decline of 1.9 percent.