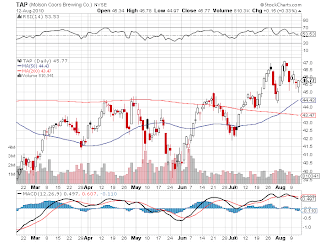 Rising corporate profit margins are giving government economists fits. For the large American firms that make up the S&P 500 index, earnings next year are expected to set a new record, surpassing those recorded during the bubbly four quarters ended June 2007. Typically, profits that large would be invested into new plants and machines and spur a hiring spree. However, companies now seem content to hoard cash.

Layoffs, after all, are one of the keys to the recent profit streak. Facing a sharp slowdown in consumer spending, companies have responded by stripping their operations down to sizes that seem a better fit for current demand. The rise in profits suggests managers, whether they've dismissed workers or simply held expansion in check, are pleased with their results, in which case the current scarcity of jobs might prove a lasting condition.

The companies below are among more than two dozen S&P members whose operating margins have averaged at least 5% over the past five years, and over the past year are running at more than double the five-year average. (more)