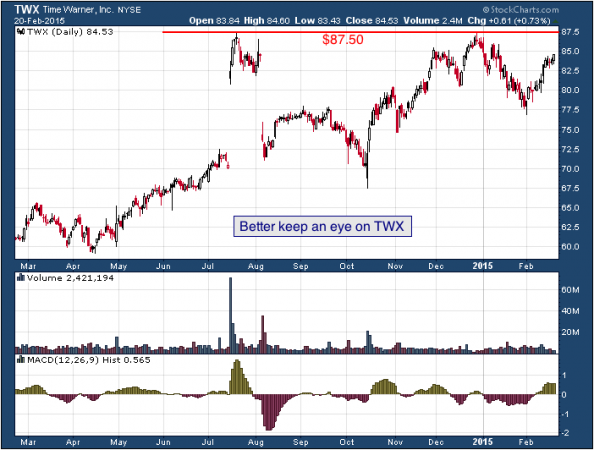 Minus the gaps higher and lower last summer, TWX has been on a steady trend higher from its April low. Twice over that time the stock has hit that same resistance at $87.50 (red) and pulled back down significantly both times. The stock seems to be on its way back up there, and if TWX can finally break through that $87.50 resistance the stock should be headed higher. A close above that resistance would also constitute a new 52-week high.

The Tale of the Tape: TWX has a 52-week resistance at $87.50. The possible long position on the stock would be on a breakout above that level with a stop placed under it.
Please share this article
at 12:03 AM