Housing, the Bottom Is In 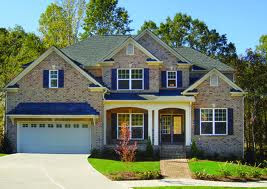 Economic news this week had its moments of drama, but it was otherwise basically sedate. The markets cheered at least a temporary resolution to the Greek debt crisis. Even more importantly, a reduction in Chinese bank reserve requirements showed that the Chinese government is willing to do whatever it takes to prevent its economy from slowing too much.

Otherwise, there wasn't a lot of economic news this week except a batch of housing data that showed continued improvement. I believe the bottom in the housing market is definitely in. The main question from here is the pace of that improvement, not if there will be a recovery at all.

Corporate earnings news this week was not good. Retailers had decent quarterly sales but many of those sales came in at highly discounted prices. Target(TGT) and Kohl's(KSS) were a bit disappointing on the earnings line. On the tech side, Hewlett-Packard(HPQ) and Dell(DELL) were below expectations, but most of the damage there was self-inflicted or related to Thai flooding problems and not macro demand. That said, the disconnect between corporate earnings growth and U.S. economic growth continues to widen. Year-over-year GDP growth has been relatively stable over the past year, and actually may be accelerating. Meanwhile, S&P 500 year-over-year earnings growth decelerated throughout 2011 from double-digit levels to a mere 5%-6% in the fourth quarter.

Housing Numbers Continue Climb This Week
This week, there was a lot of housing data, all of it good. Both new- and existing-home sales looked in better shape, as did pricing data from the Federal Housing Finance Administration (lagged and averaged Case Shiller data is due next week). Not only did the January data look great, but also there were massive upward revisions to December's statistics. Last month I was puzzled when some of the originally reported housing data looked incredibly weak, especially given the positive buzz that our homebuilding analysts were hearing from the field. (more)