Dividend Stocks for the Next Decade 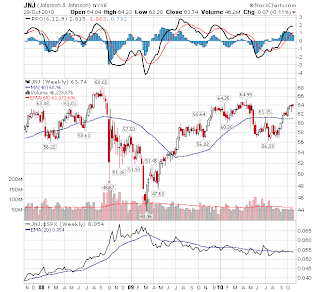 Some of the best dividend stocks in the world are characterized by strong competitive advantages, which have allowed them to charge premium prices for their recognizable brands, which in turn have translated into rising profits. Most of those companies are also characterized by high returns on invested capital, which means that they generate more capital than they could successfully reinvest back into the business and still retain their high returns. As a result these companies manage to provide an ever increasing stream of dividend income to their long-term shareholders. While stock prices move higher during bubbles and lower during recessions, investors keep getting paid for holding their stocks. In fact, because dividends keep getting increased, some early investors in companies such as Abbott (ABT) have managed to generate mind-boggling yields on cost of their original investments. These early investors understood very well that a dividend payment should not come at the expense of growing the business and vice versa. While their stocks have typically been characterized by yields similar to those of the market, their dividend growth component has more than paid back for itself.

While dividend growth investing has been hugely successful for many investors, it is very important to understand that it could be profitable for future investors as well. The stocks which have had long histories of rising dividend payments are frequently found in such lists as the S&P Dividend Aristocrats or Mergent's Dividend Achievers. These stocks are a strong example of Newton’s law of physics that a body in motion keeps getting in motion.

The following six stocks have not only delivered consistent annual dividend increases to shareholders, but also above average capital gains over the past decade as well. The companies include: (more)
at 12:20 AM