Baby Boomers: Get Out of the Stock Market Now, the Rug is Being Pulled Out By Insiders 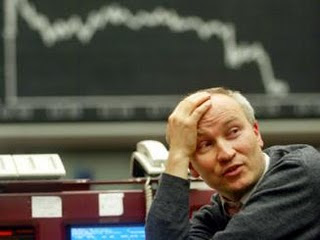 If you're a baby boomer who still believes in the stock market since the financial collapse of 2008, listen up. The floor of this Ponzi scheme is about to drop out, leaving you punching a clock for some time to come and holding an empty retirement bag for your effort. The engineered crash is coming and the elite are jumping ship in droves -- you should join them and get out ASAP.
Stock market insider selling has now reached record highs. The trend has been increasing for the last several years, but now the ratios are getting beyond ridiculous. Earlier this month, Zero Hedge reported that the insider selling-to-buying ratio is 2341 to 1. Tyler Durden wrote:

After last week saw an insider selling to buying ratio of 1,411 to 1, this week the ratio has nearly doubled, hitting a ridiculous 2,341 to 1. And while Wall Street's liars and CNBC's clowns will have you throw all your money into "leading" techs like Oracle and Google, insiders in these names sold a combined $200 million in stock in the last week alone.

Today, CNBC reported that the insider selling activity at some of the largest traded companies is at an all-time high. This can't be a good sign of things to come. The article points to the analysis of Alan Newman, a market strategist who tracks insider trading: "The overwhelming volume of sell transactions relative to buy transactions by company insiders over the last six months in key leading sectors of the market is the worst . . . ever." CNBC reported that industry leaders have a staggering 3177 to 1 insider sell-to-buy ratio: (more)
at 12:17 AM