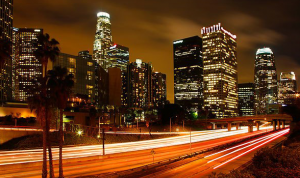 Back in the 1960s and 1970s, there was a seemingly endless parade of pop songs about how great life was in California, and millions of young Americans dreamed of moving to the land of sandy beaches and golden sunshine. But now all of that has changed. Today, millions of Californians are dreaming about leaving the state for good. The truth is that California is broke. The economy of the state is in shambles. The official unemployment rate has been sitting above 12 percent for an extended period of time, and poverty is everywhere.

For many Californians today, there are very few reasons to stay in the state but a whole lot of reasons to leave: falling housing prices, rising crime, budget cuts, rampant illegal immigration, horrific traffic, some of the most brutal tax rates in the nation, increasing gang violence and the ever present threat of wildfires, mudslides and natural disasters. The truth is that it is easy to understand why there are now more Americans moving out of California each year than there are Americans moving into the state. California has become a complete and total disaster zone in more ways than one, and an increasing number of Californians are deciding that enough is enough and they are getting out for good.

Sadly, the state of California is facing such a wide array of social, economic, and political problems that it is hard to even document them all. It is really one huge gigantic mess at this point. (more)