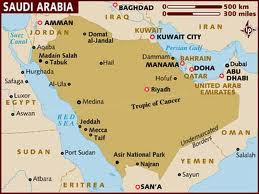 The strategy of Mutual Assured Destruction has worked so well in the "developed" world (thank you Hank Paulson, Tim Jeethner, Clearinghouse Association et al), it is time to see it in application in the "developing." In an attempt to preempt US doubts about intervening (on the proper side) in the case of escalations in Saudi Arabia (and with the possibility of Yemen becoming a potential Al Qaeda hotbed rising by the hour, this is non-trivial) the former Saudi oil minister Sheikh Zaki Yamani told Reuters on Tuesday that "Oil prices could leap to $200 to $300 a barrel if Saudi Arabia is hit by serious political unrest." We are confident he was merely talking in a very, very hypothetical scenario. After all why scaremonger in a world in which everything is under control?

"I don't expect this for the time being, but who would have expected Tunisia?" he added.

Asked whether the United States was likely to succeed in cutting its dependence on Saudi oil, he said: "From the 1950s, American presidents have been saying this."

Than again with math Ph.D.'s continuing to (front) run US stock markets, and unable to make the mathematical leap between $108 oil and a 4% full year GDP forecast by Goldman (soon to be cut to 1.5%), we are confident $300 oil will have no material impact on stocks, until such time as the Globex hikes margin requirements on the ES which will be the catalyst for the next market crash.